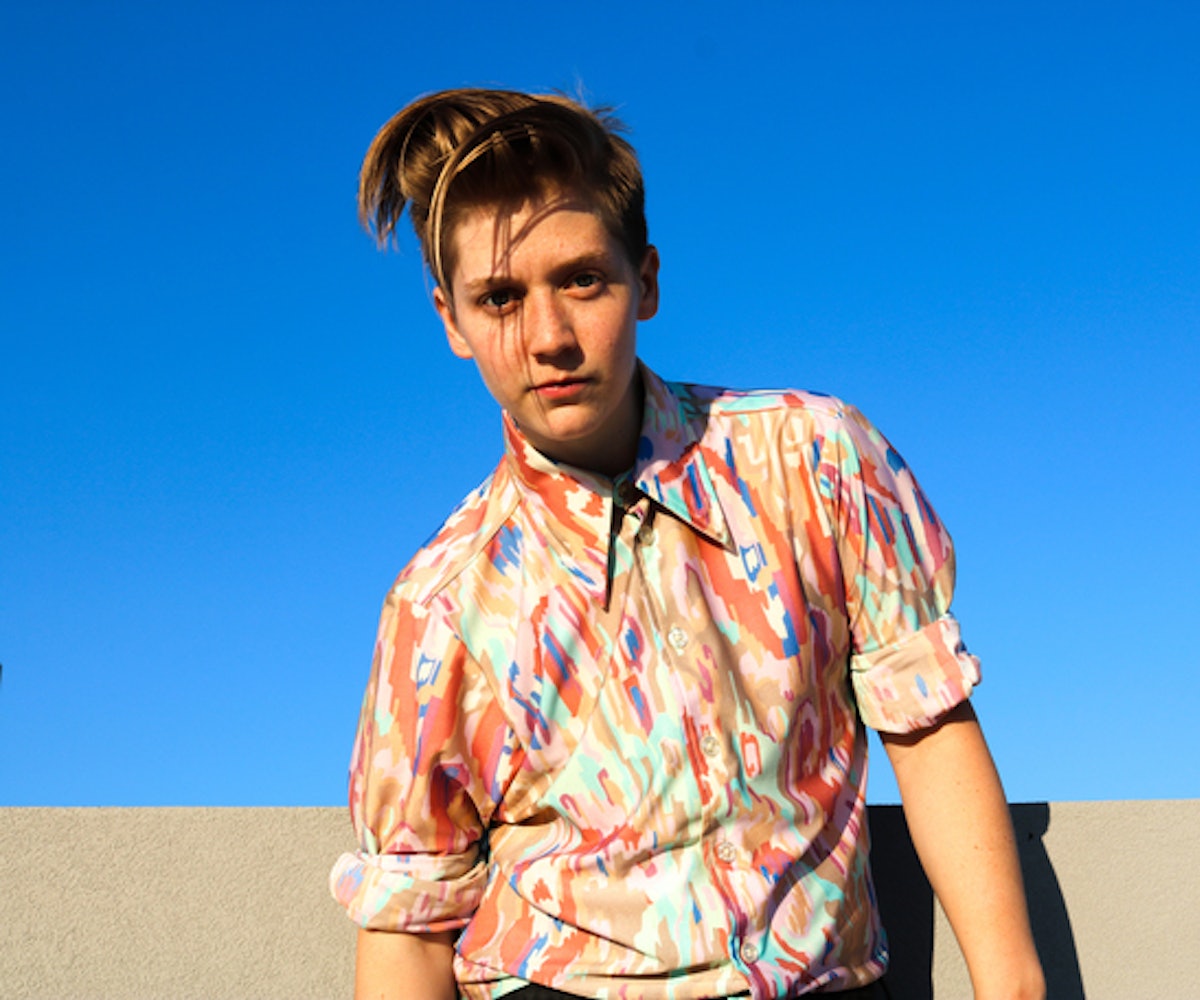 Julia Weldon's latest album almost didn't happen. The singer-songwriter fell into a coma following complications after their gender-affirming surgery and a bout of viral meningitis, but thankfully came out of the coma after a few harrowing days, setting in motion a year filled with reflection, anxiety, hope, and understanding of what it means to be alive and the importance of finding their voice.

"When I came out of the coma, people told me I was going to get so much art out of this experience, but the creative juices didn't immediately start flowing," Weldon tells me. "It took time for my body and my brain to return to normal."

Once Weldon found the strength to make music out of all they went through, the different parts of Comatose Hope fell easily into place. With the backing of Kickstarter and a blessing from Drew Morgan, who has worked with Perfume Genius, Comatose Hope found life in the cracks of Weldon's memory, the empathy they feel for the LGBTQIA community, and a newfound understanding of the finite capacity of life.

"Mortality is very real, and that's why I think I was able to write about it," Weldon says. "I'm still finding ways to express what happened to me, which is exciting."

For now, though, Weldon has Comatose Hope. Its 11 songs go through relationships ending, relationships beginning, rebirth, and the lot. For writing from a place not many people have experienced firsthand, Weldon's made an album that's completely relatable. There isn't one feeling they evoke that can't be empathized with. For Weldon, the coma can be both literal and figurative. "It's a metaphor," they say. "It can translate to anyone who's gone, or is going, through something that's too big to process." Think: heartbreak that rattles you to your core, or a new job that is, at first, too much to handle; your body, as a means of understanding what's going on, shuts down. You can even extend the metaphor to the notion of coming out as queer; the life lived before coming out and after can, at times, feel entirely new.

Take, for example, the album's title track. It's a fragile prayer for clarity and a sign that everything will be alright. And then there's "Cursed and Blessed," which finds the silver lining in the cards life deals out; and "You Want It," which makes a case for drive, goal-setting, and making it all happen. Weldon is a survivor, after all; they know they're lucky and understand the privilege that's been afforded to them. So with the gift Weldon's been given, they're using their platform to inspire empathy. Comatose Hope is what it sounds like when life does, indeed, get better.

Check out Julia Weldon when she takes Brooklyn's C'Mon Everybody October 7! Tickets here.