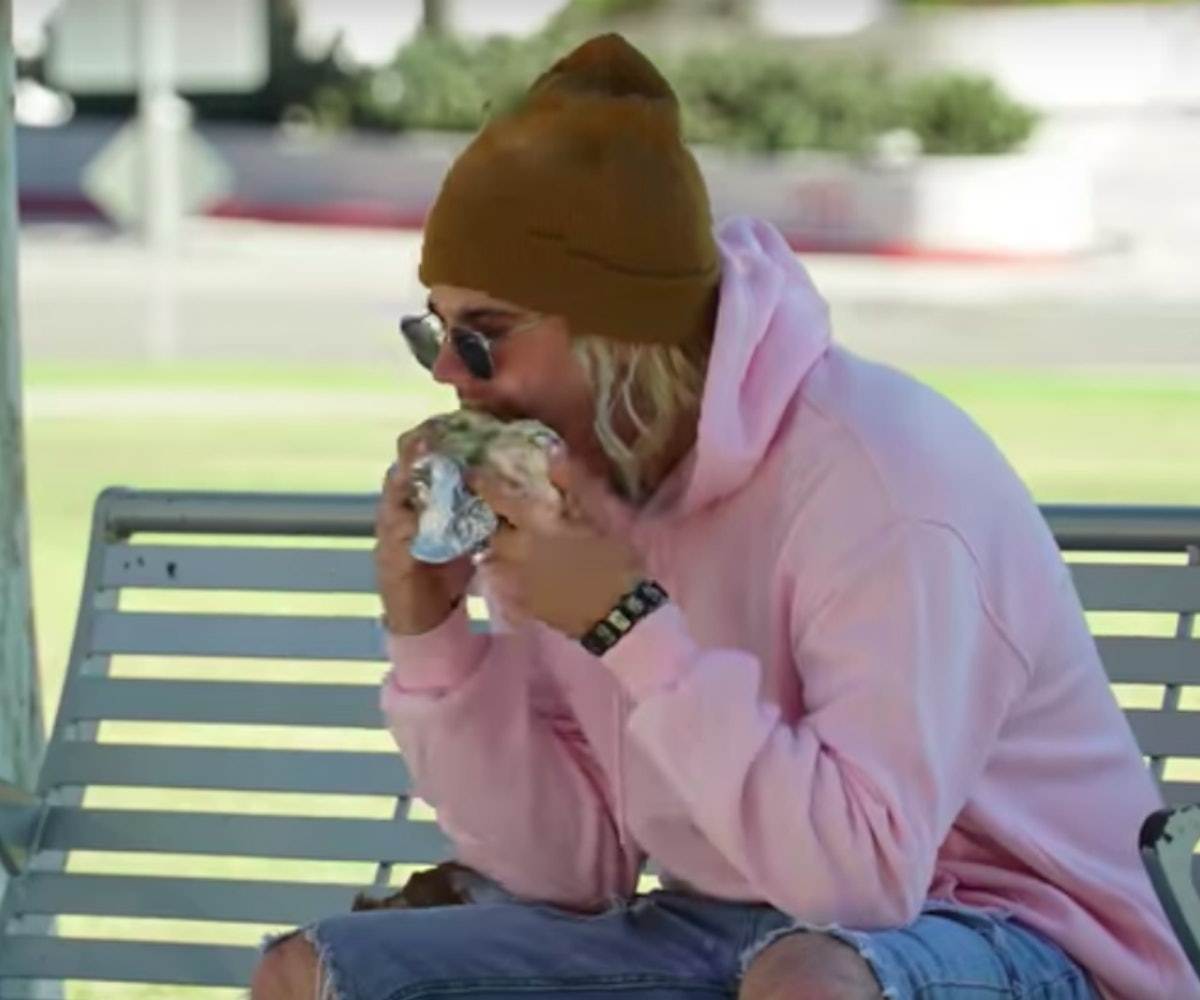 We’ve been hoodwinked! Bamboozled! Turns out, that viral picture of “Justin Bieber” eating a burrito sideways was just a prank by YouTubers Yes Theory.

The group came clean yesterday, explaining that it hired a Bieber look-alike and staged the photo shoot in Hollywood. The members outline in a video that they did so to prove “that staging a story, as goofy as it was, can be done much more easily than most people can imagine.” While they note that the plan was “simple,” it did include a couple of complicated steps. Like, flying said impersonator from Canada to California, coming up with the idea (some others included eating a Kit-Kat sideways and having “Bieber” help a grandma cross the road), giving him a hair makeover, and spreading the photo around.

Whatever it takes to get the internet all riled up, we guess! Watch the prank go down, below.