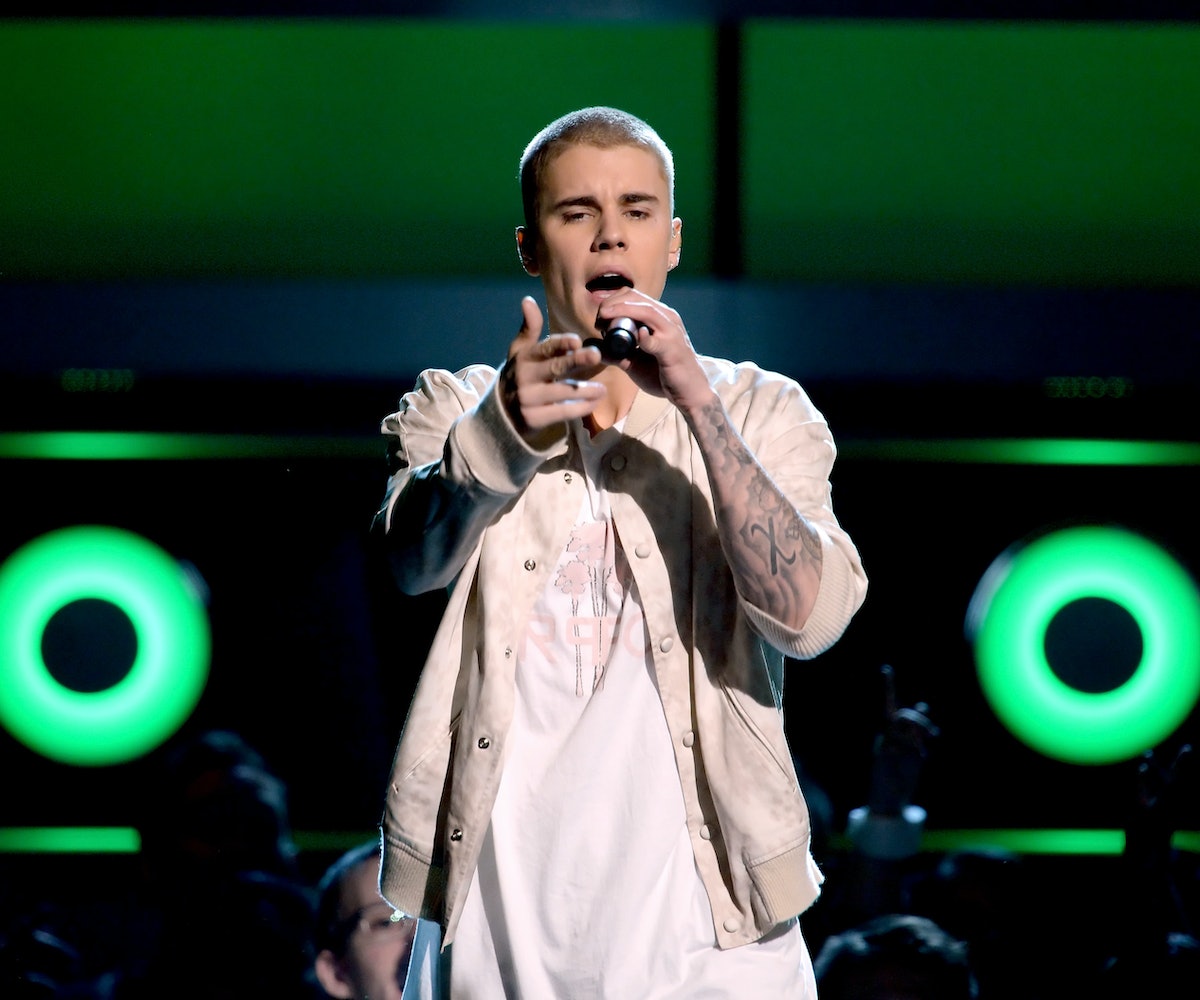 Justin Bieber finds himself in the very awkward position of not being able to stand the sound of his screaming fans, who only want to scream in his presence. Bieber’s sore eardrums have led to him stopping his concert twice in the last week to chastise his fans for being too loud, an extraordinary stance for any pop star to take. Last week, Bieber told fans in Birmingham, England, that their screaming was “obnoxious,” and that they needed to take a “chill pill.” But this weekend in Manchester, he went one step further, at one point, dropping the mic and walking off stage after begging his fans to lower their voices like he was some kind of lame dad.

"I appreciate all the support, I appreciate love, I appreciate the kind things,” he told them. “But the screaming in these breaks has got to stop. Please, and thank you. I don't think it's necessary when I'm trying to say something and you guys are screaming." When they refused to stop, he left the stage briefly, before returning to explain the crisis he seems to be undergoing and finish off his set. “So the reason why I got upset is because I traveled across the whole world to come here, and I dedicated my life to this,” he said. “I dedicated my life to performing, I dedicate my life to bringing smiles to people’s faces, and I feel like people just aren’t giving me the same respect back, and courtesy. That’s all.”

He then broke into the final song of the night, but not before imploring his fans to “make some noise.”