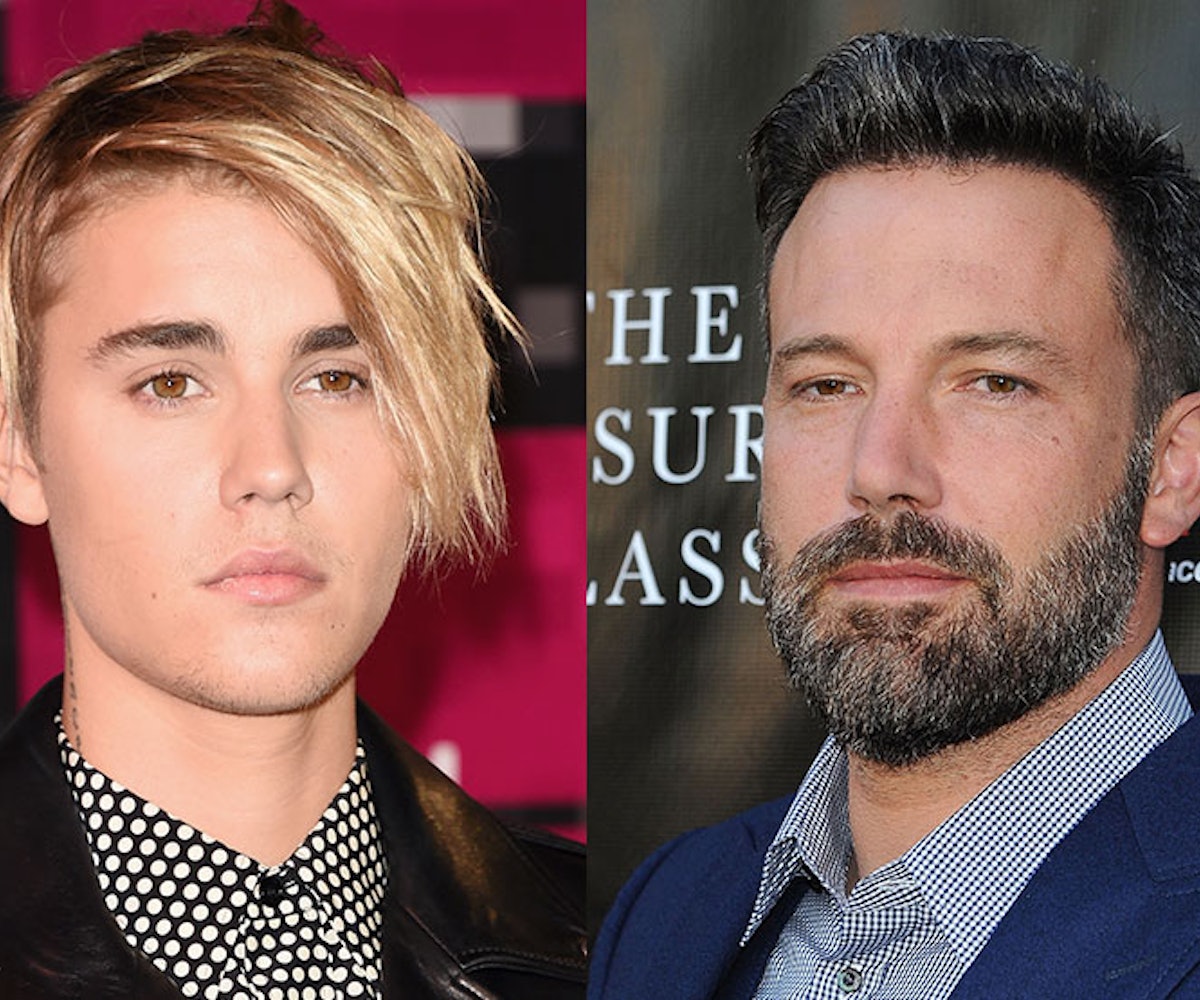 Over the last couple of days, the news cycle has given us two famous dudes revealing two large, winged, dudely tattoos. It’s a moment worth noting and exploring.

Yesterday, we learned that the massive tattoo of a dragon/phoenix/Japanese beer logo across Ben Affleck’s impressive back was not just for a role, but totally 100-percent really real. We’d love to show you the image, but, as Jezebel so wryly noted, it’s an E! exclusive, so you’ll have to take a moment to check it out here before reading on. Go ahead.

Have you momented? Quite the thing, isn’t it?

Elsewhere, your beloved/hated Justin Bieber also revealed some stunning ink in this sly Instagram shot of two large angel wings peaking above his collar. Luckily, E! does not have the exclusive on this one, so take a gander below.

This is also quite the thing.

So now we have two dudes, each of them with a new set of wings drawn in emphatic ink, each of them with somewhat dovetailing personal stories of caddish behavior and attempts at redemption. While there’s no actual imperative we compare the two, we’re going to do it anyways, because why not?

Of the two cads here, Ben Affleck is the least loved. Nothing blows up your spot quite like hooking up with the nanny. Perhaps correspondingly, his tattoo is significantly larger than Bieber’s. As well, it is more direct—etching a rising phoenix into your skin after wrecking your personal life is hammer-to-the-head literalism at its most obvious. As well, as colorful as it is, it’s just so ‘90s and so midlife crisis. Of course, Affleck is himself so '90s and so in the right spot for a midlife crisis. Overall, we have to give him points for being very on the nose, but he loses a bit for being too on the nose.

Now, Bieber, after stepping out on Selena Gomez and generally being an unctuous young man, is also walking the bumpy road to redemption. He’s done some good work there, but with recent comments about underage women and other not-so-funny business over the last couple of weeks, he’s making that road even bumpier for himself. So, again, we have wings on a guy trying to fly above his past. As well, the angel wings play into Beeb’s strongly religious side (he has a tat of Christ on his leg and crosses elsewhere), so he wins points for consistency. Finally, we dig the style here and the sizing. Big, but not too big, this ink works. Good job, overall.

Thus, we declare Bieber the winner in this wholly manufactured contest of dude tattoo versus dude tattoo. Of course, we could be totally wrong about this. For comments on our methodology and reasoning, please, attack us in the comments.