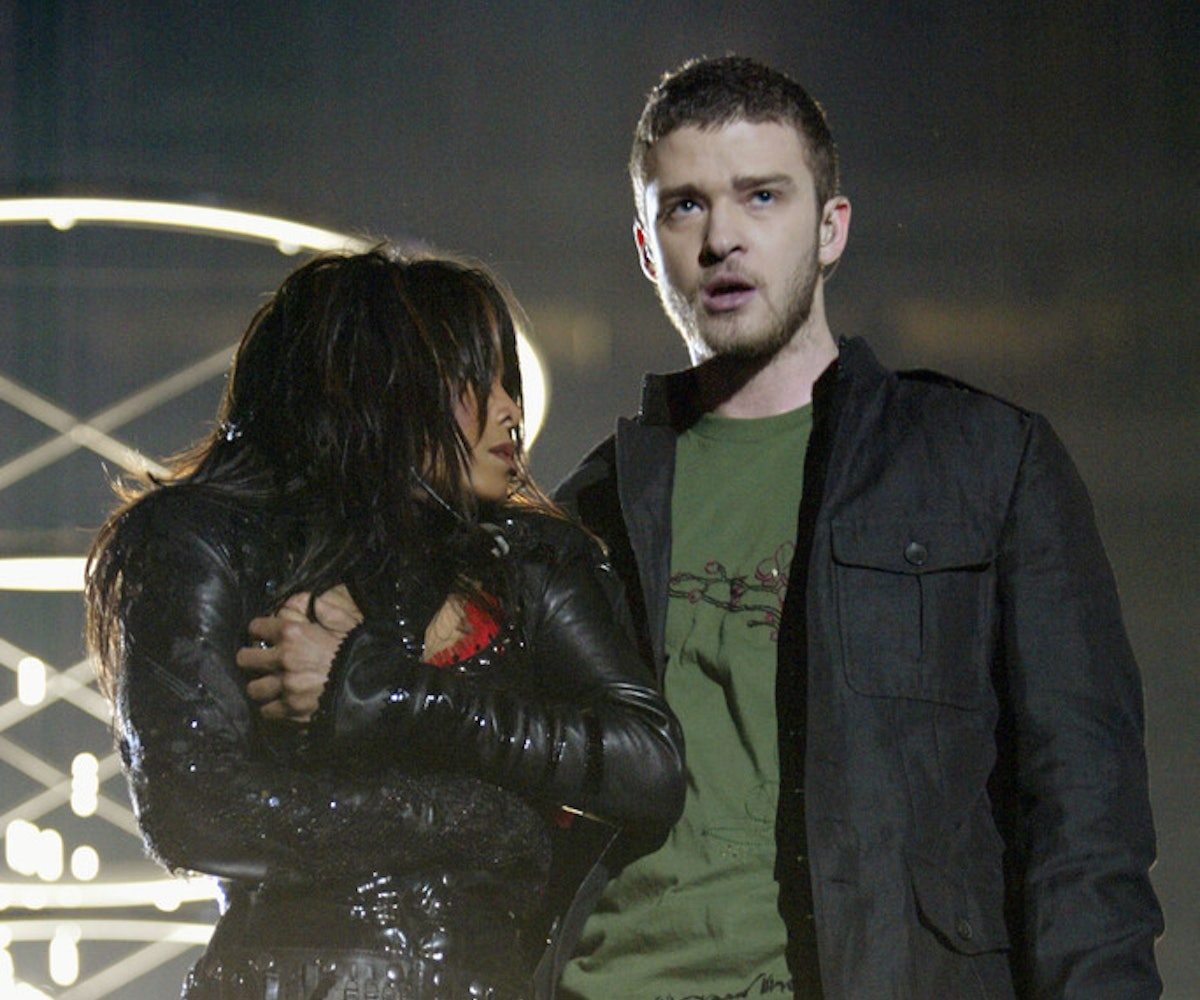 According to Us Weekly, former boy band member Justin Timberlake is “finalizing” a deal to perform during the 2018 Super Bowl halftime show. Following Jay-Z reportedly turning down the offer last week, Timberlake, also known as the guy who caused the FCC to implement a five-second broadcast delay due to his 2004 Super Bowl performance antics, is now being considered.

Almost 14 years have passed since an exposed breast graced the screens of homes across the country. It was Janet Jackson’s, lest you forgot, and it was revealed when Timberlake ripped off her bustier's bra thing off (accidentally? Are we still believing this?), in what is now called “nipplegate.” After the incident, Jackson was disinvited to the Grammy Awards which took place a couple of days later, blacklisted from performing during the halftime show ever again, and left hanging by Timberlake. (He said, a couple of years later, that he wishes he had supported the singer more. Sure, Jan.)

It goes without saying that Timberlake should’ve been the one who was punished, seeing as his hands were the ones at fault here. But, hey! Since when has anyone prioritized protecting the reputation of a black woman over a white man? Anyone? Bueller?

And we know, without even receiving confirmation from an unidentified source, that Timberlake is likely considering taking on the job because, well, what else is he doing at the moment? Trolls 2 doesn’t come out until 2020, so he has, at least, two more years to come up with another kid-friendly, adult-despised song. He might be working on another album or whatever, but he also might not be. What we’re saying is, he has the time.

Again, nothing has been confirmed, so there isn’t much we can do in the interim (aside from being furious!!!), but what you can do, if he’s indeed confirmed, is not watch the performance come February. Or, if you haven’t heard, Jackson’s on tour! Buy tickets to her concert instead. You’ll be a lot more entertained there anyway. Shit, you might even see two breasts!