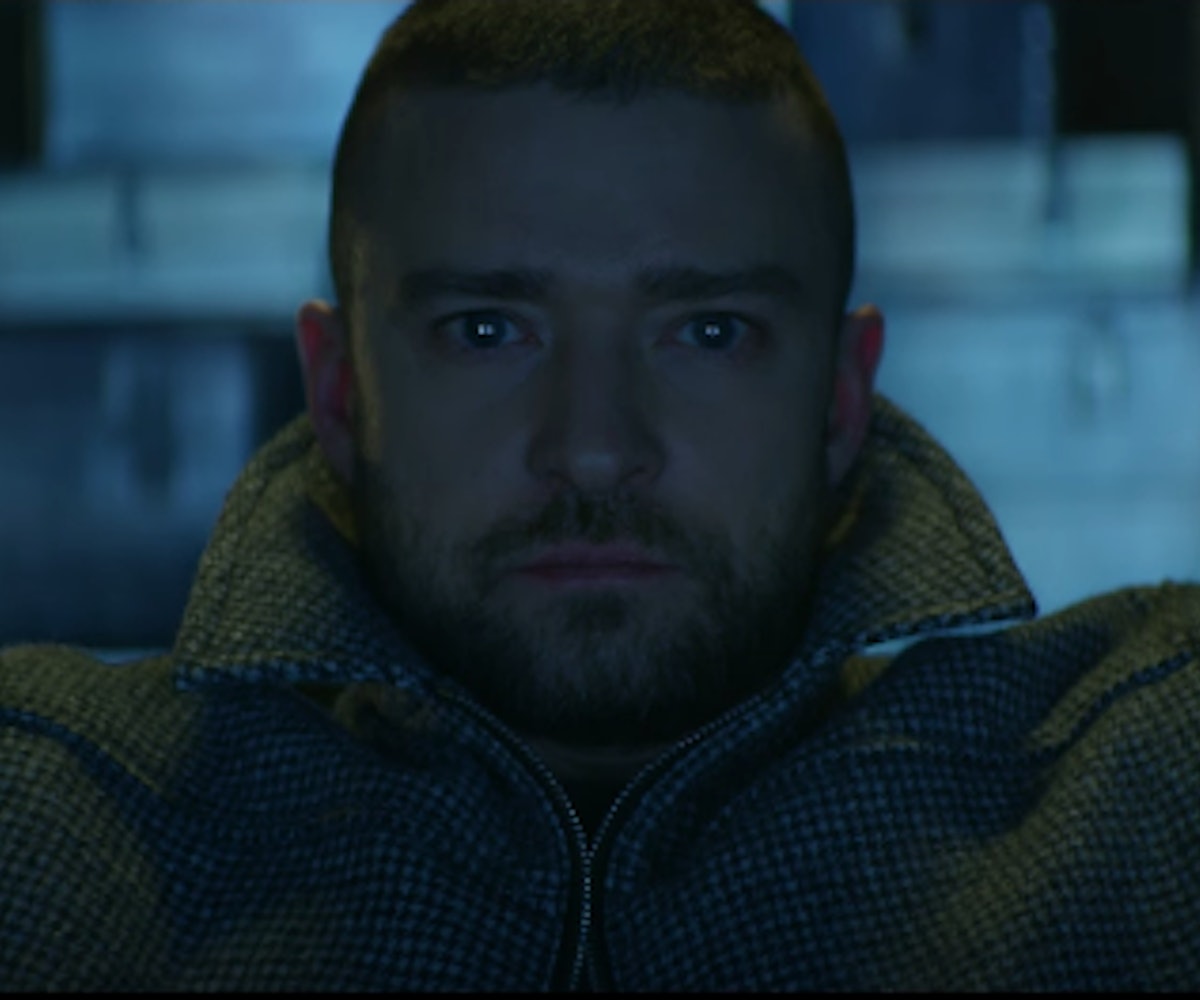 Justin Timberlake's new music is, apparently, trying to send us a message that the end of the world is near. In his previous video for "Filthy", the singer suggested that man will eventually become one with technology. And in his latest video for his new single, "Supplies", he suggests that we are all currently living in a Walking Dead-esque, post-apocalyptic world. And honestly, it's not that much of a stretch!

The video, which was directed by frequent Kendrick Lamar collaborator, Dave Meyers, sees Timberlake in a variety of strange locations, including a room full of American flag-colored televisions that blast images of anti-Donald Trump protesters, Harvey Weinstein, Kevin Spacey, police brutality, and the Women's March. The video then cuts to Timberlake standing with Pharrell outside of a futuristic-looking Trump Tower building on a car, which gets lifted by a woman wearing a "THIS PUSSY GRABS BACK" t-shirt, and working to save people who are worshiping an Illuminati-inspired pyramid with his love interest, who is played by Mexican actor and singer Eiza González Reyna. In the end, a small child instructs the viewer at the end to "Wake up!"

It's a lot, to say the least, and a huge step away from the nature-inspired album we were promised. We're not entirely sure what's going on with Timberlake, who has recently gotten in trouble with his #MeToo comments, but you can decide for yourself and see the video in full, here.