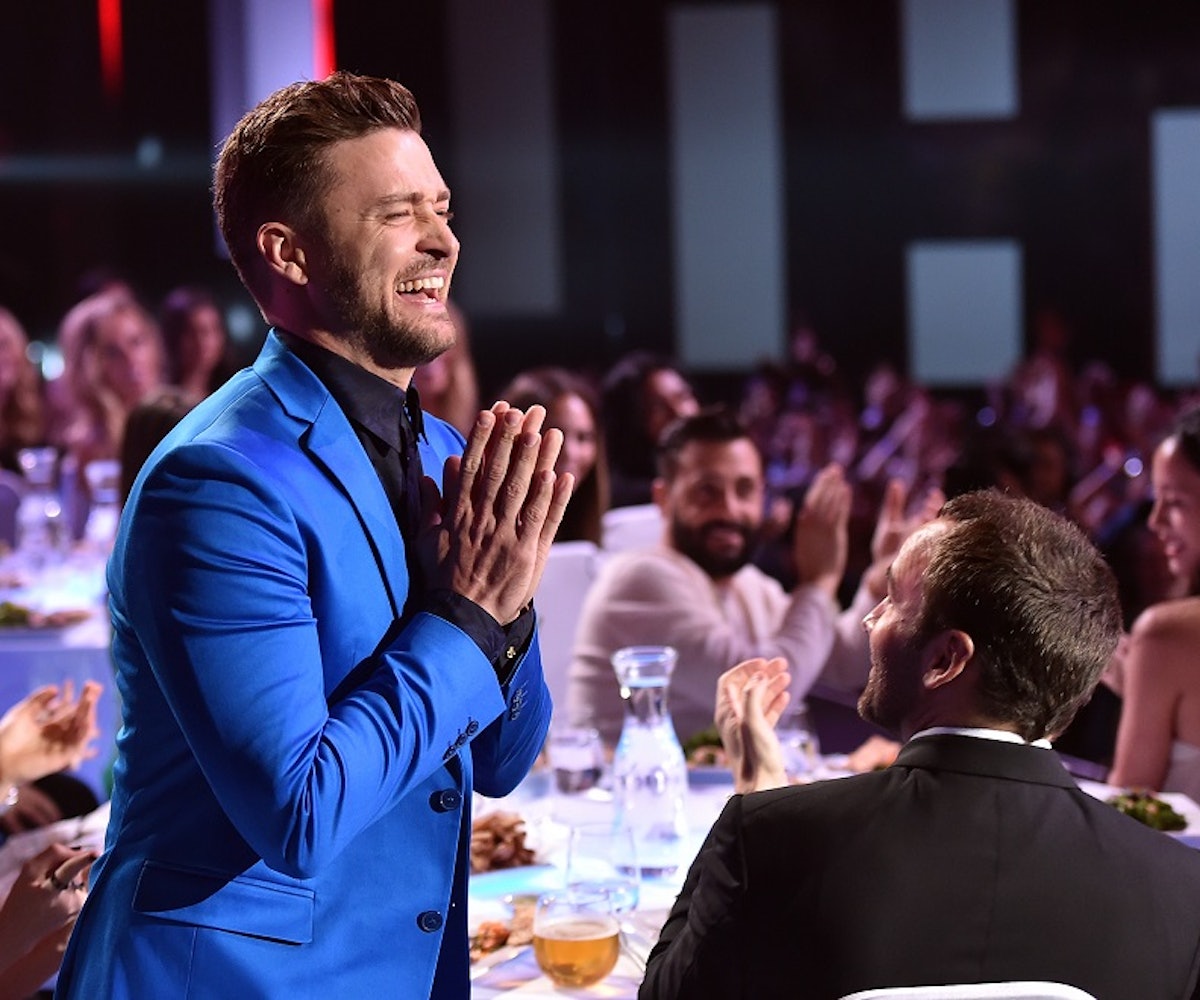 Justin Timberlake may take the crown for the best Taylor Swift impersonation yet. Last night, Swift won the award for Best Lyrics at the iHeartRadio Awards, to which she and Timberlake responded with a freak out session bit. Then, J.T. pretended he won the award himself, got up, and walked towards the stage in a fit of mock emotion—that is, before Swift went to accept the award. In her speech, clarified once and for all that, contrary to popular belief, the lyrics in "Black Space" do not include "Starbucks lovers." It was Taylor's winning moment, but Justin Timberlake may have stolen the spotlight—just a tiny bit.

Following his own win for the iHeartRadio Innovator Award, he gave a shout-out to his wife, Jessica Biel, sealing their status as most adorable couple ever. He thanked her before adding, "Honey I can't wait to see our greatest creation yet," referring to their unborn baby, due in a couple of weeks. Awwww.