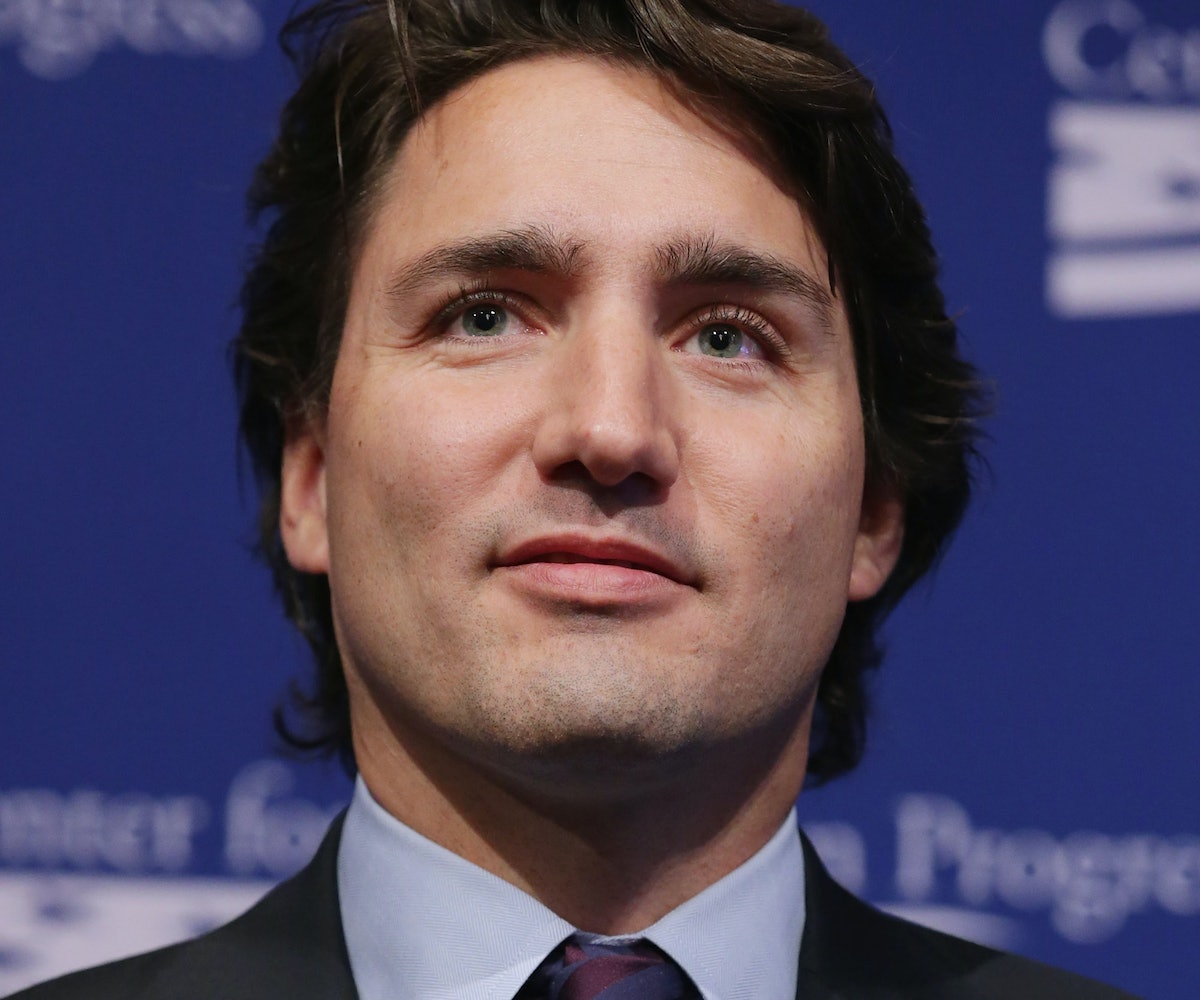 Our neighbours to the north held their federal election Monday, and no, Drake didn't win. In what The New York Times is calling an "upset," Canada replaced their crotchety, conservative Prime Minister Stephen Harper, with a smouldering, lantern-jawed young Liberal named Justin Trudeau. Trudeau — the son of former Canadian Prime Minister and political folk hero Pierre Trudeau — is charismatic, glamorous, and very, very handsome. We're sure his policies are great too.

Take a bow Canada. You earned it.

NEXT UP
Entertainment
Hailey Bieber Says "It's All Love" Between Her And Selena Gomez
Entertainment
Who Will Rihanna Bring To The Super Bowl?
Life
ask a witch love spells
Life
Manifesting Your Best Life By Working With Spirit Guides