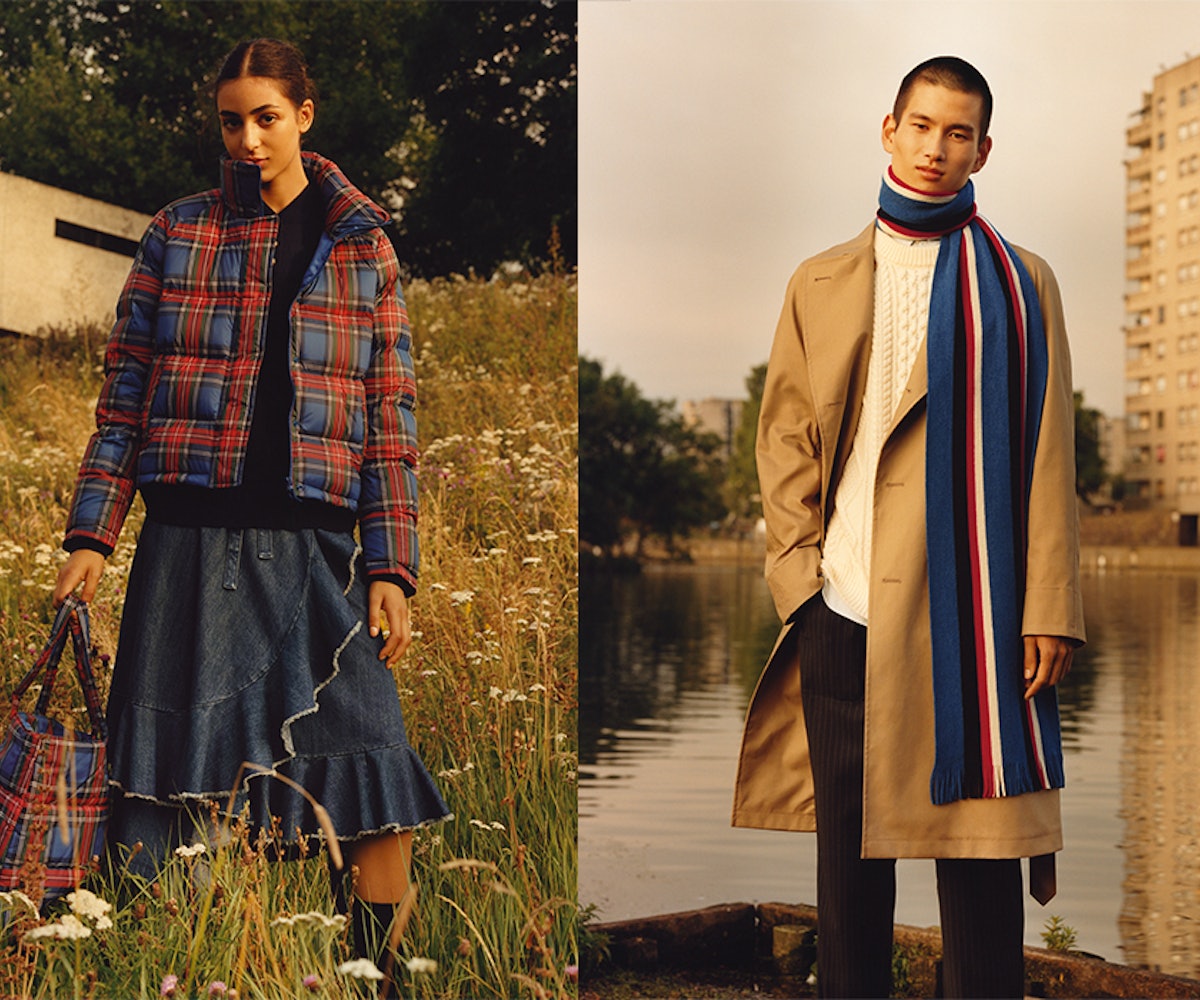 It’s safe to say we totally freaked out back in March when we found out that the beloved JW Anderson would be the next designer to collaborate with Uniqlo. After falling in love with the Japanese retailer’s (and our go-to for colorful basics) collaboration with Carine Roitfeld last fall, we just knew that Anderson would bring more magic to the brand. Now, we finally know what it will look like.

JW Anderson x Uniqlo is a collection (made up of 33 men’s and women’s pieces) that melds Anderson’s British heritage sensibility with Uniqlo’s functional aesthetic. You’ll find plaids, colorful stripes, and graphic designs taking the form of cozy sweaters, ruffled skirts, and button-down shirts, with most items offered in multiple colorways. The winner? A camel-and-tartan trench coat—one in which we plan on living in until the end of time. The collection also boasts unisex accessories, which include a puffer tote and backpack in three colorways (one of them, of course, being plaid), as well as four different striped knit scarves. Prices range from $14.90 up to $149.90, making Anderson’s designs accessible to all.

“I think what Uniqlo and JW Anderson have in common is the idea of ‘making a new product,’” Anderson said in the official press release. “That’s always fascinating. The idea of reducing something to its essence is a very Japanese cultural thing. It can be culturally, textile, or silhouette driven, but it’s about the idea of reducing something down so that you can create the most impact.”

With so many exciting fashion collaborations coming this fall, we’re just about ready for summer to be over (we know, we can’t believe we just said that either).

Mark your calendars: The collection is set to start rolling out online on September 21, and will hit select Uniqlo stores nationwide starting September 22. Below, take your first look at the collection.