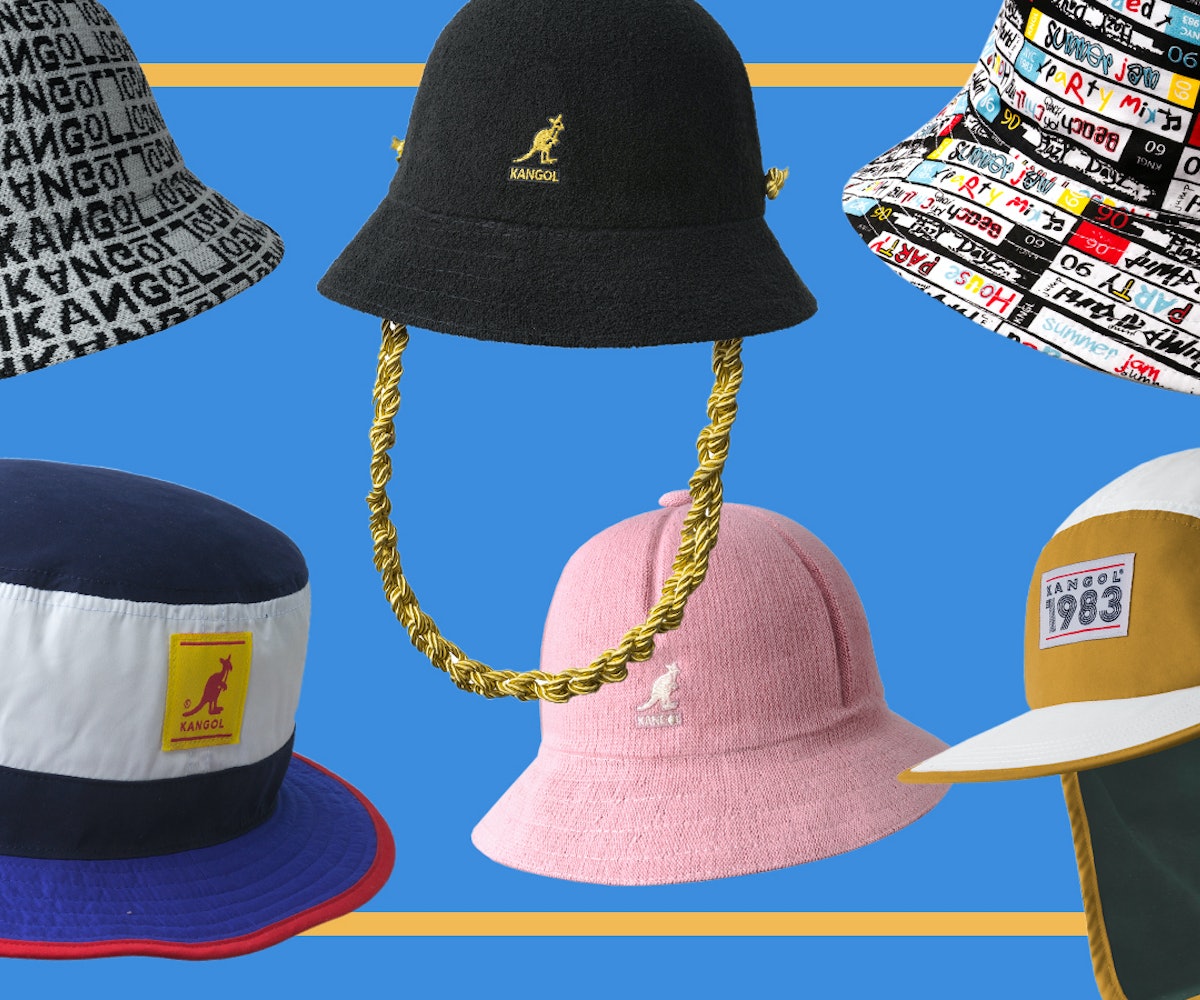 “Everyone has a Kangol story,” Sean Leon, global marketing director for the brand, tells me over drinks. Those stories typically feature a celebrity as a sartorial reference point. For the older generations, Slick Rick and The Kangol Crew; for those a little younger, Run D.M.C.; and for those even younger, LL Cool J. Mine was LL.

My first Kangol purchase was an illegal one, taking place in the knockoff hub of Chinatown. I can’t remember why (probably because my parents refused to pay more than $20 for a hat), and I can’t remember what color or style I bought (probably whatever LL was wearing at the time), but I do remember fiending for Kangol like most teenagers fiend for things they don’t really need. I wasn't even a hat person, but Kangol has a sneaky way of making you want to become one.

The history of Kangol dates a lot further back than any of the artists we’ve mentioned. The company was founded in 1938 by Jacques Spreiregen, a Polish citizen who started making berets for the English army. He made other things, too, like coffins, seat belts, and helmets (fun fact, Kangol is licensed to make shoes, clothes, even makeup in other countries), but hats are what stuck. “It started with one beret, and it continued branching out,” Leon explains. “We like to think we have a hat for pretty much everybody. It's a broad statement, but it's true.”

The proof is in the client base. Spreiregen started making hats for The Beatles and Arnold Palmer. Princess Diana was even photographed wearing a Kangol cap for a 1983 appearance in Vogue. The brand peaked around the '80s and '90s but started to teeter off, save for a collaboration here and there, around the time when trucker hats became the accessory of choice in the mid-'00s. But Kangol was still around! It just wasn’t catering to their customer in the way they, probably, should’ve been, Leon admits.

The company’s core audience is and has always been that teenage-to-20-something age group, and they definitely want to continue catering to them. The resurgence of bucket hats and fashion’s leanings toward streetwear has made that a little bit easier. Leon points to Kangol Korea’s Instagram page as a source of inspiration for how to do hip and trendy right, and they want to bring that same vibe stateside. But they want to do it in an authentic to Kangol way.

“I don't know if you've heard about any of the Fyre Festival stuff," Leon says. Of course, I've heard about the Fyre Festival stuff, I reply. "That's the complete opposite end of what we're trying to do." He's referencing the product pushing. You're not going to see Kangol paying models, artists, or influencers to wear their hats for exposure. This, he says, is a difficult approach to marketing, especially in this day and age and when trying to appeal to a younger audience. “Not to mention, it's so hard to create all of that content in an authentic, quality way. That's a challenge in and of itself." He pauses, then follows up with, “but then again, maybe not.”

Luckily, in the company’s next phase, the chase isn’t just for millennials, but all generations. Kangol’s 80th anniversary is coming up, and Leon tells me they're shooting the Spring/Summer '18 campaign at the end of the month. They’ve hired six models, and each will represent their specific customer (older, younger, fashion, sporty, heritage, etc.). The goal is to circle back around to those stories. “One of the things we want to focus on is figuring out a platform and how to get people to share their stories with us and then, in turn, share those stories back with everyone else.”

Kangol is an iconic brand, one that's in the fashion lexicon of your parents as well as your own (“It's kind of like Kleenex where the name brand describes what it is,” Leon says), and it wants its legacy to continue going strong, so that the memories do, too. “It's a lot, to try and tell personal stories to all of those people globally with such a small company, but we're trying. We have to.”