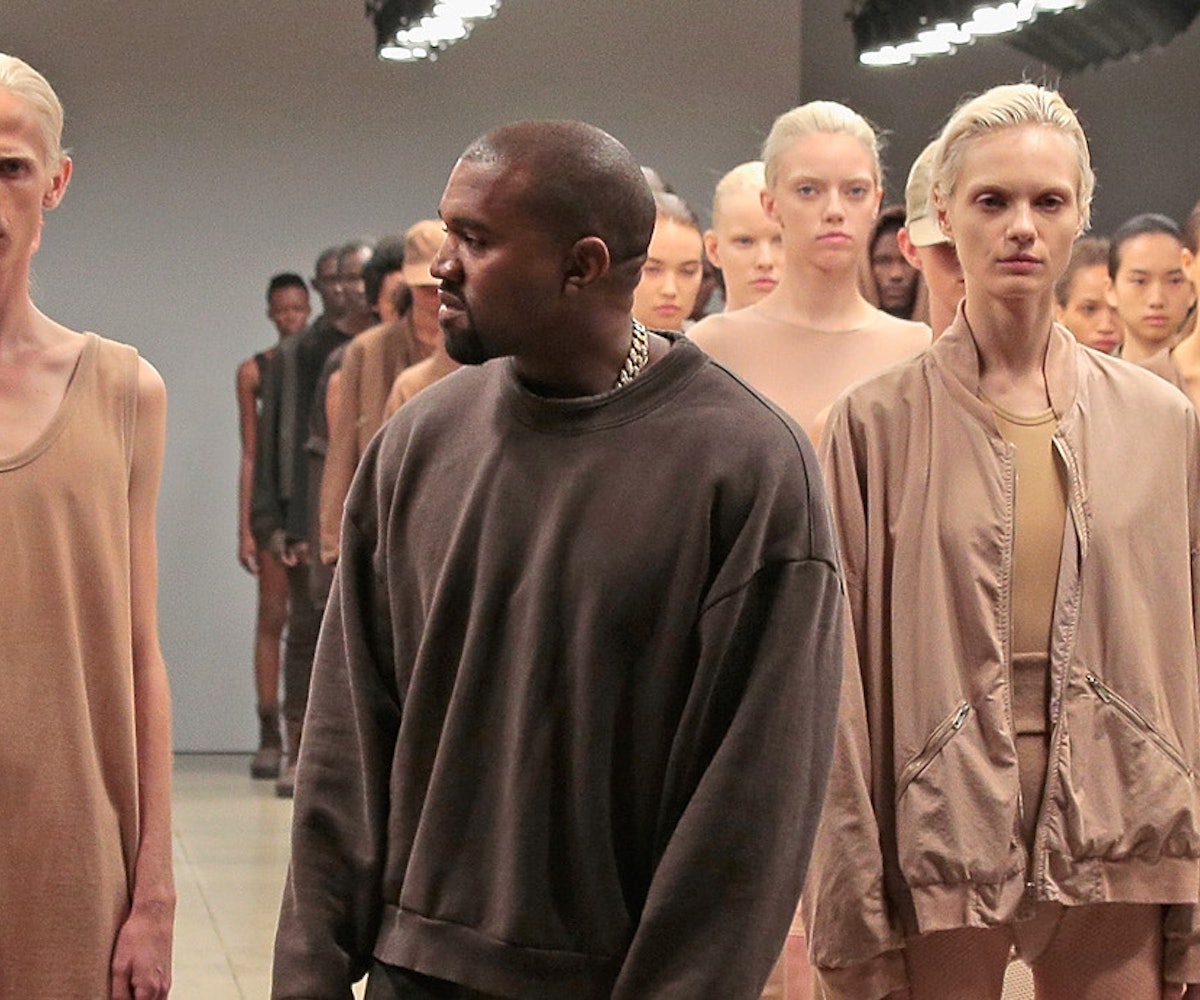 He didn’t come out and say it directly, but Kanye West used an appearance on last night's Keeping Up With The Kardashians to predict that 3D printing will spell doom for the fashion industry. Scary stuff.

While hanging with the Kardashian clan in their ancestral homeland of Armenia, the rapper/producer/designer/budding prophet visited the Tumo Center for Creative Technologies where the next generation of musicians, digital architects, and tech wizards were studying.

He dug the robots he was shown—Kanye likes robots—but as an administrator proudly showed off the school’s 3D printer, West said, “This is what I’m afraid of…because the Internet destroyed the music industry and now, this is what we’re afraid of right now with the textile industry.” When she noted that 3D printing still required the skills and vision of a designer to create whatever the device puts out, West responded, “Yeah, but it’s like, there will come a time when people are making their shoes at home.”

Now, just imagine a world where Kanye West isn’t controlling what you put on your feet. Pure terror. Watch for yourself and shiver.

Of course, there’s an element of nonsense to this. To get nerdy/TL;DR on you, yes, 3D printing will undoubtedly and eventually change the fashion industry and, more directly, fashion production just as the advent of music downloads changed the music industry. Oh, and the Internet didn’t “destroy” the music industry (just CD production and, some would argue, consuming albums as full works of art).

Certainly, many designers and brands will (and perhaps should) begin developing creations specifically for 3D printers once their use hits a certain popular tipping point (presumedly, in this decade). Indeed, a rise in 3D-printed textiles could be a wonderfully democratizing and invigorating moment for fashion, giving independent designers the opportunity to reach broader audiences while moving production out of third-world nations and into more local facilities, reducing the industry’s environmental footprint and manufacturing and distribution costs.

Overall, though, it’s highly unlikely that the technology will have a broad or even measurable effect on design, manufacture, and distribution for quite some time. The ability to print, say, a Yeezy shoe from start to finish is far, far off, and the ubiquity of home 3D printers perhaps further. Even at that, larger, more complex garments or pieces using organic fibers may never come to home 3D printing. The future West fears is at least a generation away.

But, hey, Kanye, you do you. Keep predicting using that beautiful mind of yours and we’ll keep reporting. It’s all gold.