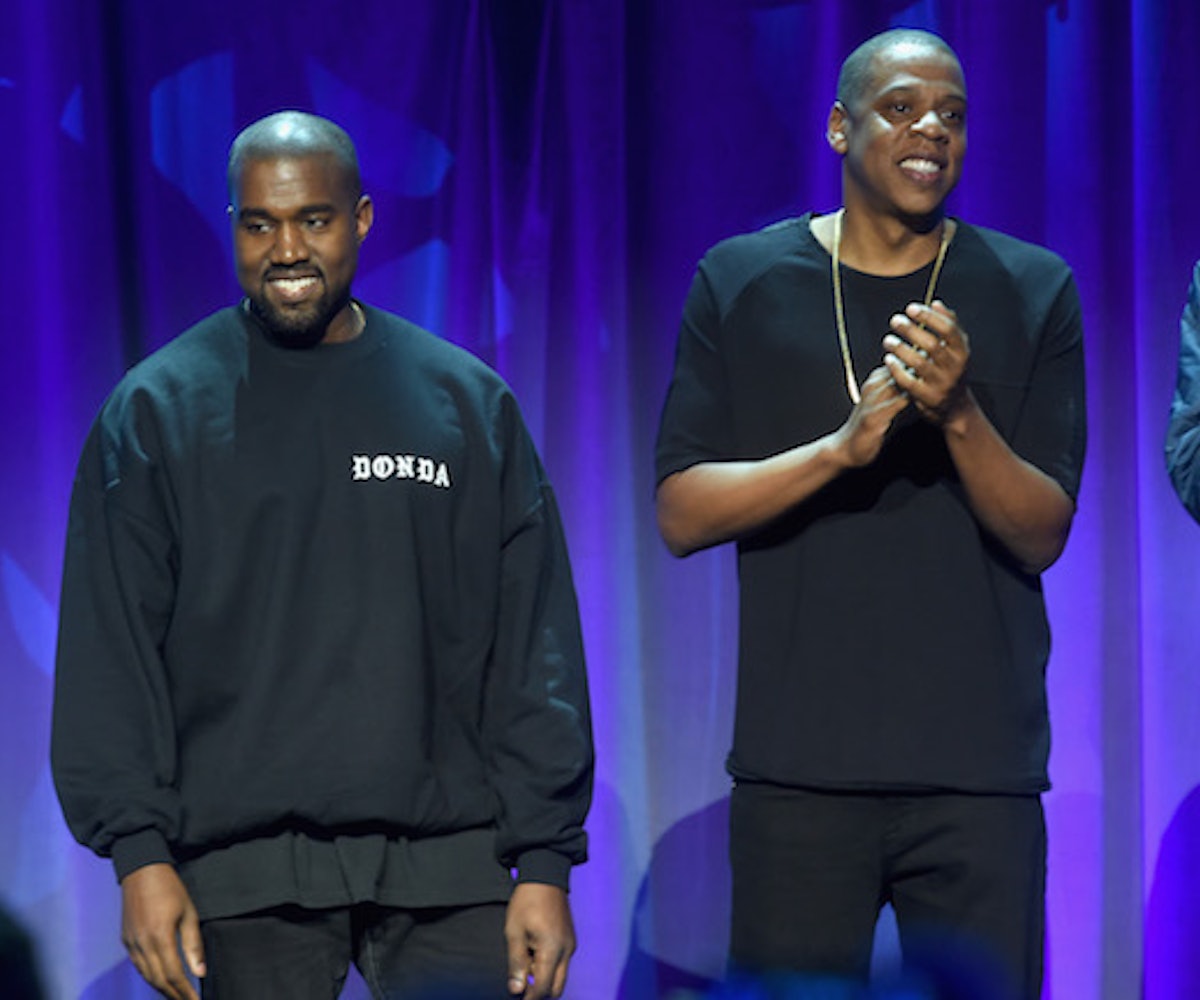 Kanye West, man of many opinions, has thrown his hat into the Apple-Tidal feud to try to bring peace to our divided nation. As a vocal supporter (and part owner) of Jay Z's streaming service from the beginning—his newest album, The Life of Pablo, streamed exclusively on Tidal for weeks—it's a bit surprising that he called out both companies to stop "fucking up the music game" and "let the kids have the music."

It is clear that Kanye's allegiance is still with Tidal, as he calls on Apple to hurry up and buy out the company and to "stop trying to act like you Steve" (ouch). This move has been rumored for a few weeks now, and it's clear why Apple would want to snatch up this competitor while it can: in addition to The Life of Pablo, Beyonce's Lemonade, and tracks from Rihanna, Madonna, The White Stripes, Prince, and other major players have been exclusive to the service as well. Meaning: lots of money at play.

To settle this, er, "dick swinging contest", as Kanye puts it, the rapper calls on Tim Cook, Jay Z, Dez, Jimmy Larry, Drake and Scooter Braun (and, of course, Kanye himself) to come together in a room "this week" to hash everything out because, as he puts into context, "We all gon be dead in 100 years." If anyone can bring these players together, it's Kanye. Most importantly, will they all hug it out in the end? It wouldn't be the first time Kanye taught others to be lovers, not fighters.

Check out Kanye's full tweets about the feud and his call for the next Yalta conference below.