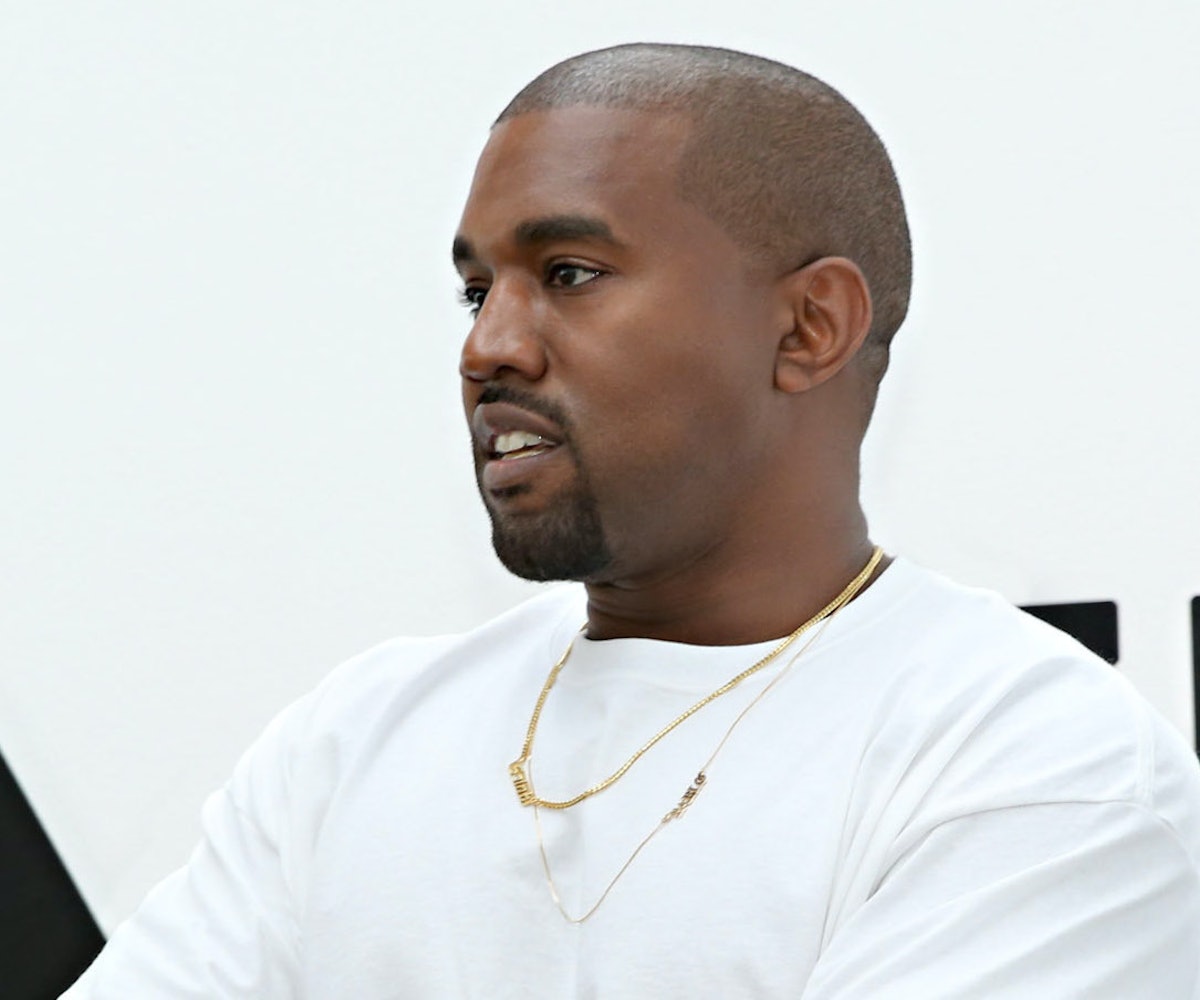 Taking to his Instagram yesterday, West posted a screenshot of Bari and him engaged in a FaceTime conversation. Praising him for his "perspective and vision," West started off the post by crediting Bari for helping with his new song, "I Love It."

“There’s no way I would have the number 1 record in the world without this man here,” he wrote. “He broke me out of my pretentious rich n**** shell. Bari challenged me when no one else did."

West also said that he regretted not supporting Bari when he "got in trouble," just like he "did with [XXXTentacion]."

"That was some pussy shit on my part. I let the perception and the robots control me. That’s the true sunken place," West wrote, adding later that, "Jedis never let perception and cancel culture get between them."

According to Pitchfork, Bari was arrested earlier this year on two counts of sexual assault. The arrest comes after Bari's friend recorded a video last July that appeared to show Bari chasing a woman around a hotel room while yelling, "I'm going to fuck you, you are going to suck my dick," per TMZ. The woman said that Bari did not rape her, but "he did throw her out naked into the hotel hallway."

In the wake of the video going viral, Nike stopped working with Bari and his actions were swiftly denounced by other members of the A$AP Mob, including A$AP Ferg and A$AP Rocky. Bari subsequently issued a statement in which he called the video “misleading,” adding that he was “disappointed in the situation as well as [himself].”

Given that, West's statement is currently being lambasted online, with many pointing toward his habit of defending men accused of sexual misconduct. See a few of the responses to West's post, below.