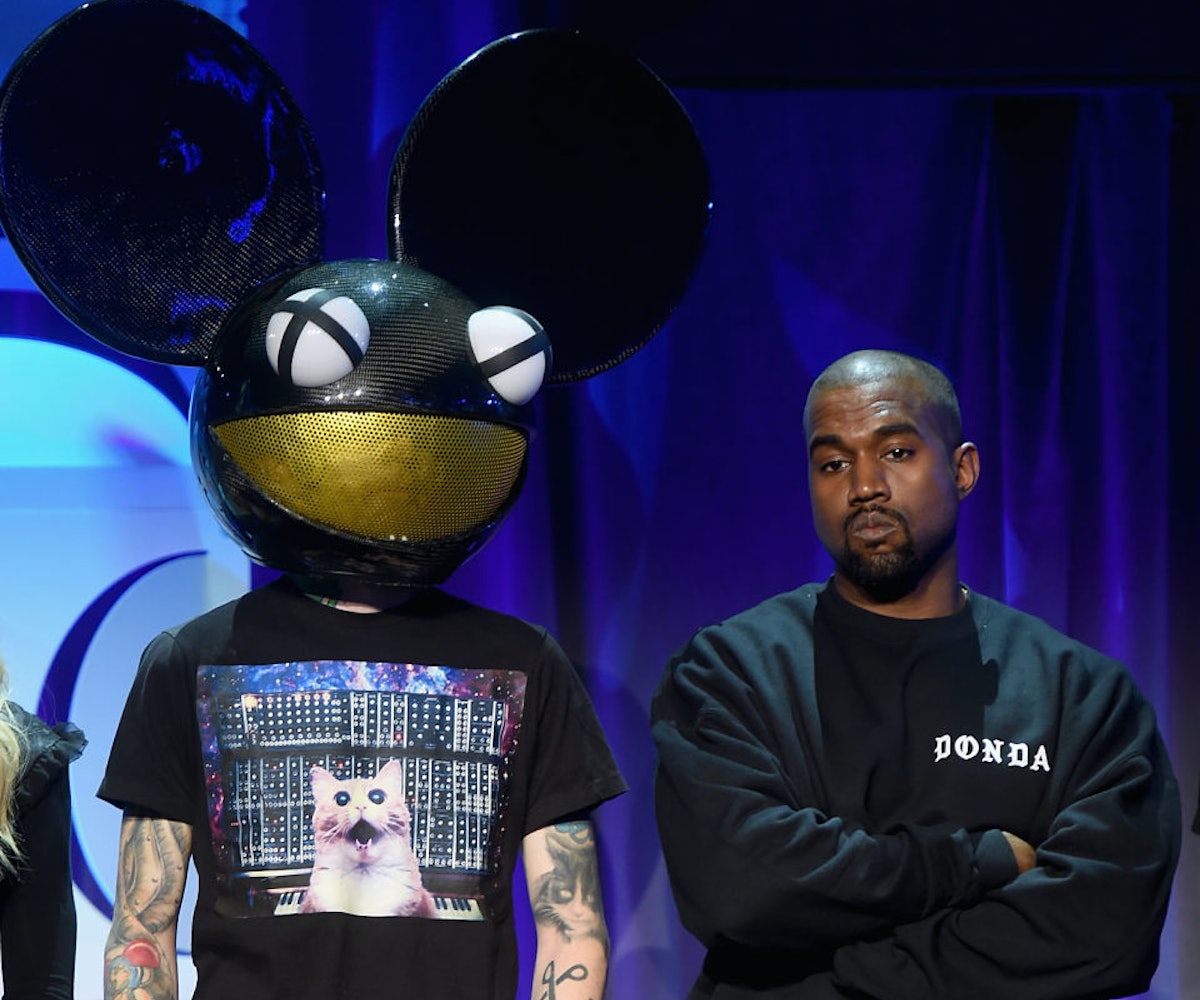 Artist deadmau5—who's made a career hiding behind a mask—isn't afraid to rattle the cage. After Kanye West posted a picture to Twitter last night showing his web browser, people instantly noticed that one of his tabs was on an illegal torrent site The Pirate Bay. One of those people was deadmau5, whose real name is real name is Joel Zimmerman and who is a co-owner of Tidal, along with West. The outspoken EDM producer and went directly to his Twitter to let West know what he thought:

Serum is a piece of music software that based on West's other tabs, he appeared interested in downloading. What set Zimmerman off was likely that Serum was developed by his friend and collaborator Steve Duda, according to Billboard. West, who was probably busy watching Step Brothers, didn't respond, so Zimmerman, knowing full well West's tendency to lash out at his critics, pushed it further:

Today, Kanye West responded on Twitter, with what else but a hilarious, insult-filled rant that showed no mercy. As you can expect when lashing out against someone who wears a giant mouse head, West had some fun with it: