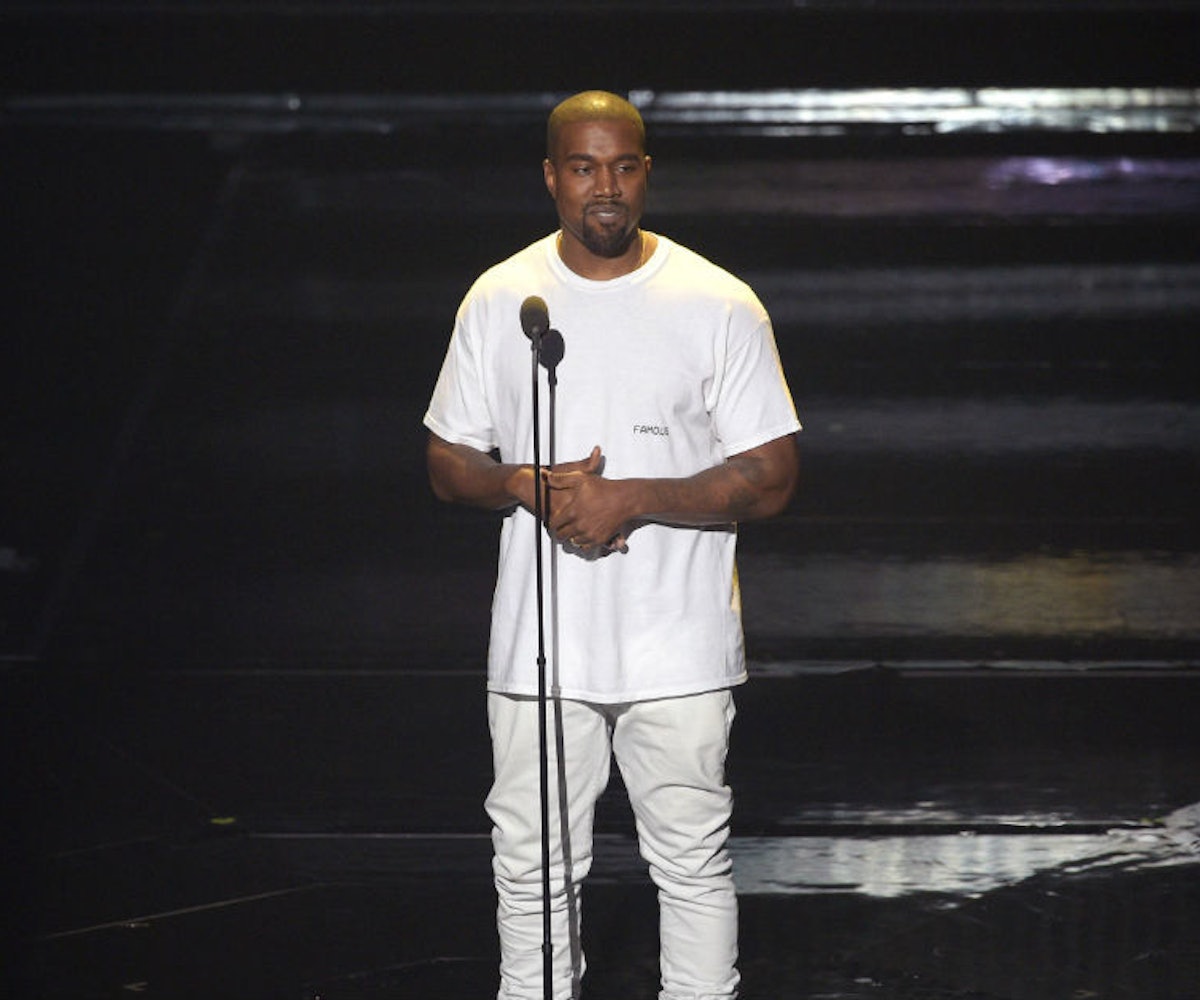 Looks like Kanye West hasn’t fully extinguished his feud with Drake. Today, he took to Instagram to call the rapper out in a series of awkwardly angled videos.

After telling Nick Cannon to stop mentioning his wife, Kim Kardashian, he turned his attention to Drake. “If I wasn't in a medicated state, I would have had the wherewithal to say, 'Hey Pusha, don't diss Drake on my beat.' And I spoke about that and took accountability for that," Kanye said, referring to the apology he tweeted out to Drake earlier this month. He then went on to address the rumors that Drake had sex with Kim (which she’s denied). "The fact that people are making rumors that you fucked my wife and you not saying nothing and you carrying it like that, that don't sit well with my spirit."

Next, Kanye mentioned that he believes Drake’s song “In My Feelings,” in which he references a “KiKi,” is about Kim. "You know, if I had a girlfriend from Chicago and her name was Ranita, and then you was married to Rihanna, I wouldn't make no song called 'Riri,'” he says. “So when you're like, 'Oh, I don't know where it come from,' you're too smart for that, bro. You know where that come from. Don't make no record with nothing that can be confused."

He then went on to detail a song Drake played for him in which he allegedly mentions Kylie and Kendall Jenner. “I told you, ‘Travis [Scott] is your man,'” Kanye said. “Don’t make no record like that. That man just had a baby with [Kylie Jenner]. That’s gonna be offensive to her.” Kanye mentioned that he ran the song “XTCY,” in which he raps about wanting to “smash” all four of his sisters-in-law, by Scott to make sure they were all good. “Don’t speak on nobody from my family,” he concluded. “Nothing that could be even mentioned with my wife, period. We don't have to talk again. I'm not giving no energy to that.” He did though have the energy to tell Tyson Beckford to keep his wife’s name out of his mouth (the two got into it last month) next.