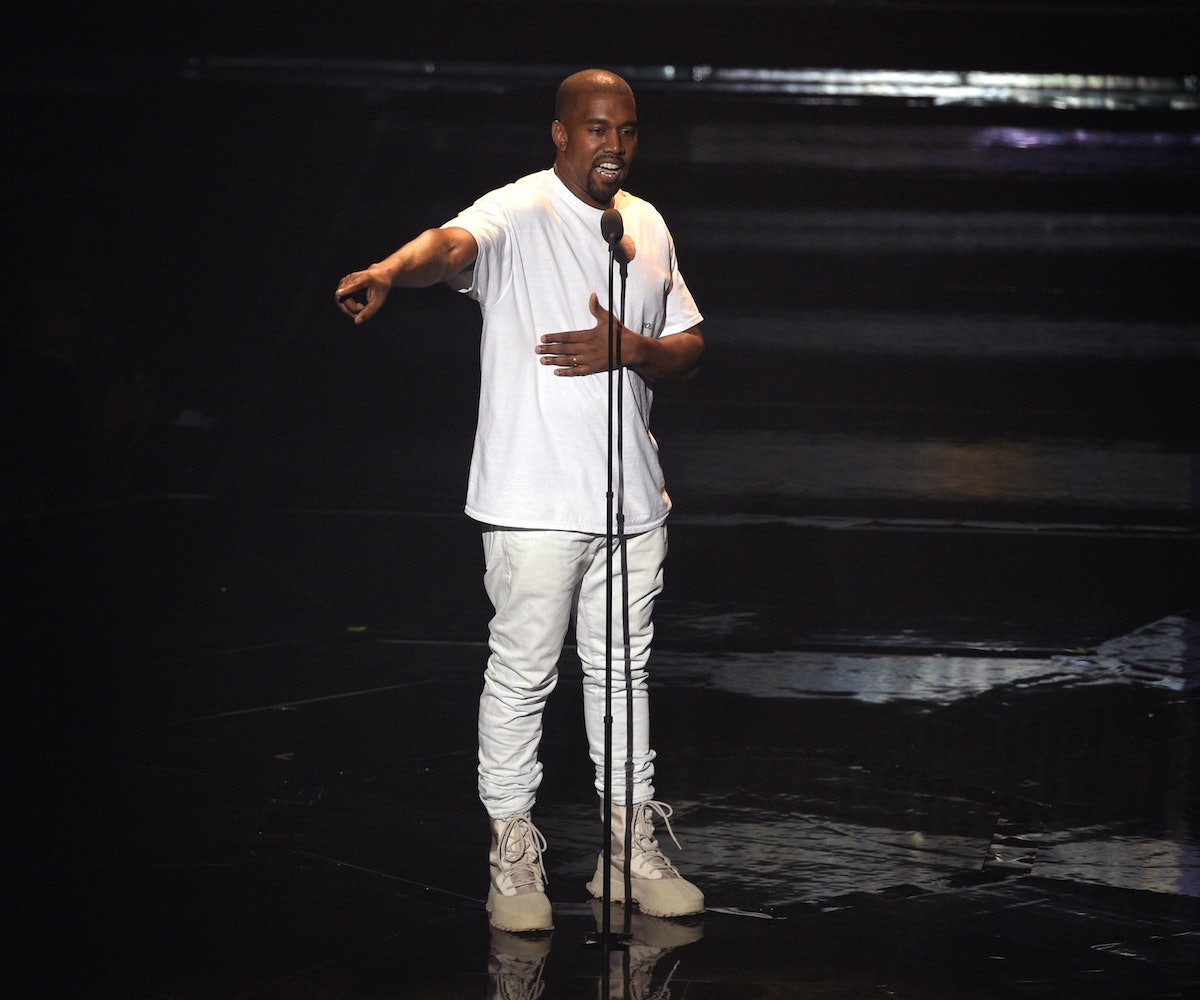 Kanye West was reportedly hospitalized in Los Angeles Monday, after a series of bizarre events that culminated in the cancellation of the remainder of his Saint Pablo Tour. According to multiple reports, West was being treated for exhaustion and sleep deprivation at the Ronald Reagan UCLA Medical Center.

The incident occurred when police and paramedics responded to a medical welfare call at West's trainer Harley Pasternak's home. TMZ reports that West was "acting erratically," and that he was reluctant to go to the hospital. West's team eventually convinced the rapper it would be in his best interest to go, and West obliged. Law enforcement told TMZ that West was handcuffed to the ambulance gurney while en route to the hospital, which they called "standard procedure."

“He is exhausted and currently dealing with sleep deprivation. He went to the hospital at will under the advice of his physician. He’s fine,” a source told People.

It's been a tumultuous time in the life of Yeezy after outbursts—in which he supported Donald Trump and bashed Jay Z and Beyoncé—which made him the subject of intense online scrutiny. Many wondered whether West was in the midst of a public meltdown, speculation that only intensified after he canceled the remainder of his tour.

Kim Kardashian, meanwhile, was traveling to New York for her first red carpet since the Paris robbery, but she canceled her appearance and has returned to L.A. to be by her husband's side.

West's camp has yet to issue a statement, but we’ll keep you posted on any major developments.

NEXT UP
Entertainment
Hailey Bieber Says "It's All Love" Between Her And Selena Gomez
Fashion
Rosalía Wears Nothing But Hair In New Acne Studios Campaign
Life
Emily Ratajkowski Called Out Marilyn Monroe Biopic 'Blonde' For "Fetishizing Female Pain"
Beauty
Olivia Cooke’s Beauty Evolution, From Indie Ingenue to ‘House Of The Dragon’ Queen