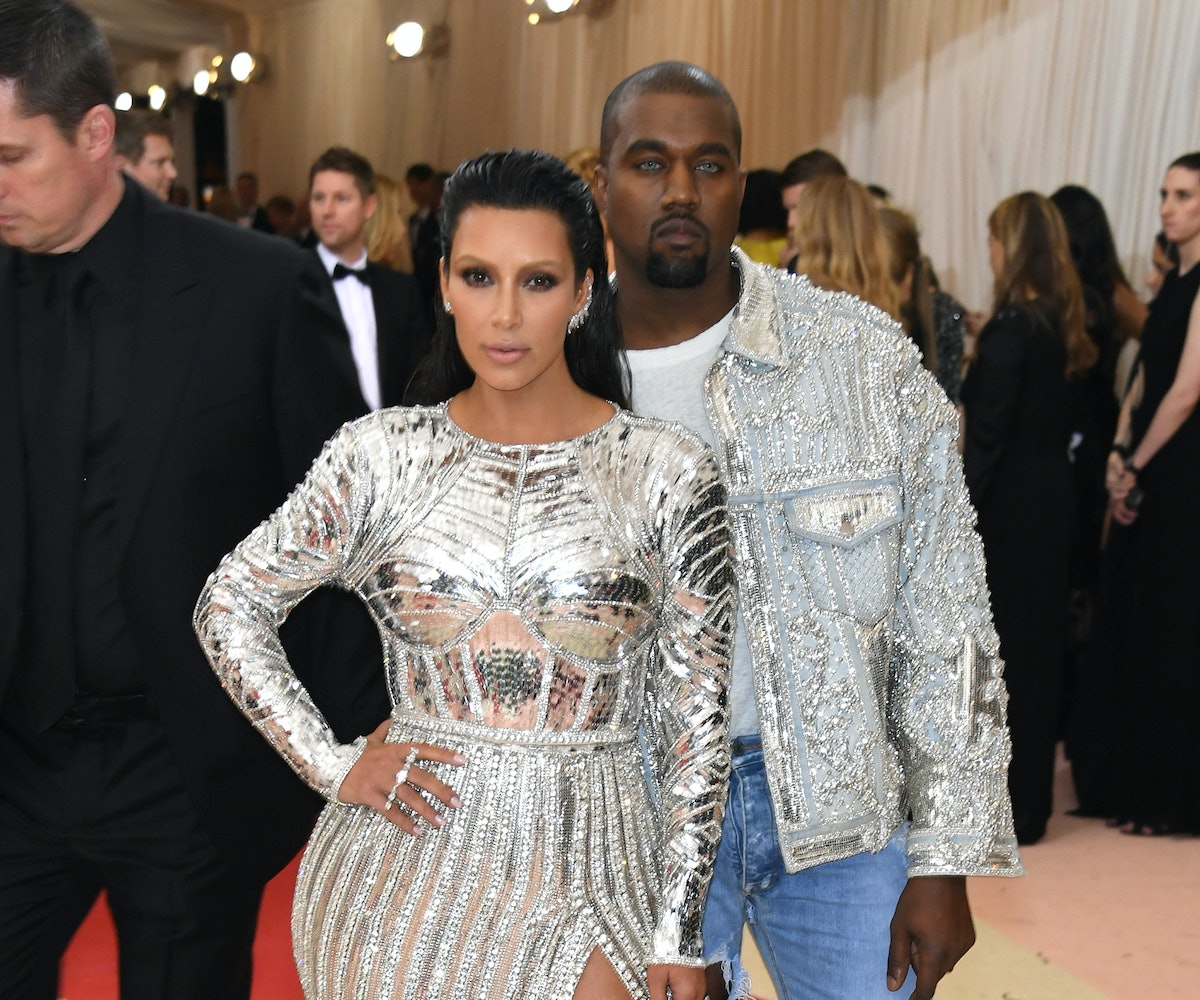 Photo by Larry Busacca / Getty images
by daniel barna
May 8, 2016

Kanye West is known for his grand gestures, especially when it comes to Kim. Last year, the couple spent Mother's Day apart, so Kanye sent thousands of white roses to Kim's hotel room in Brazil. Now that she's the mother of two, and because Kanye is Kanye, the rapper had to go even bigger this year.

On Sunday morning, Kim was woken up by a live string orchestra playing a private concert in her living room. Of course she Snapchatted the whole thing for our viewing pleasure.

And, while the all white-clad violin and cello players sitting in a sunlit, minimalist room just wreaks of Kanye, it appears that little North had a hand in curating the gift as well. Among the tunes played by the orchestra were "Let It Go" from Frozen, and the Annie classic “Tomorrow”—two tracks that were probably pulled directly from North's playlist.

As if the orchestra weren't enough, Kanye also presented Kim with a bench covered in pink roses, because, why not? Now if you'll excuse us, we're just going to go ahead and throw this $20 Starbucks gift card in the trash. Thanks a lot, Kanye.