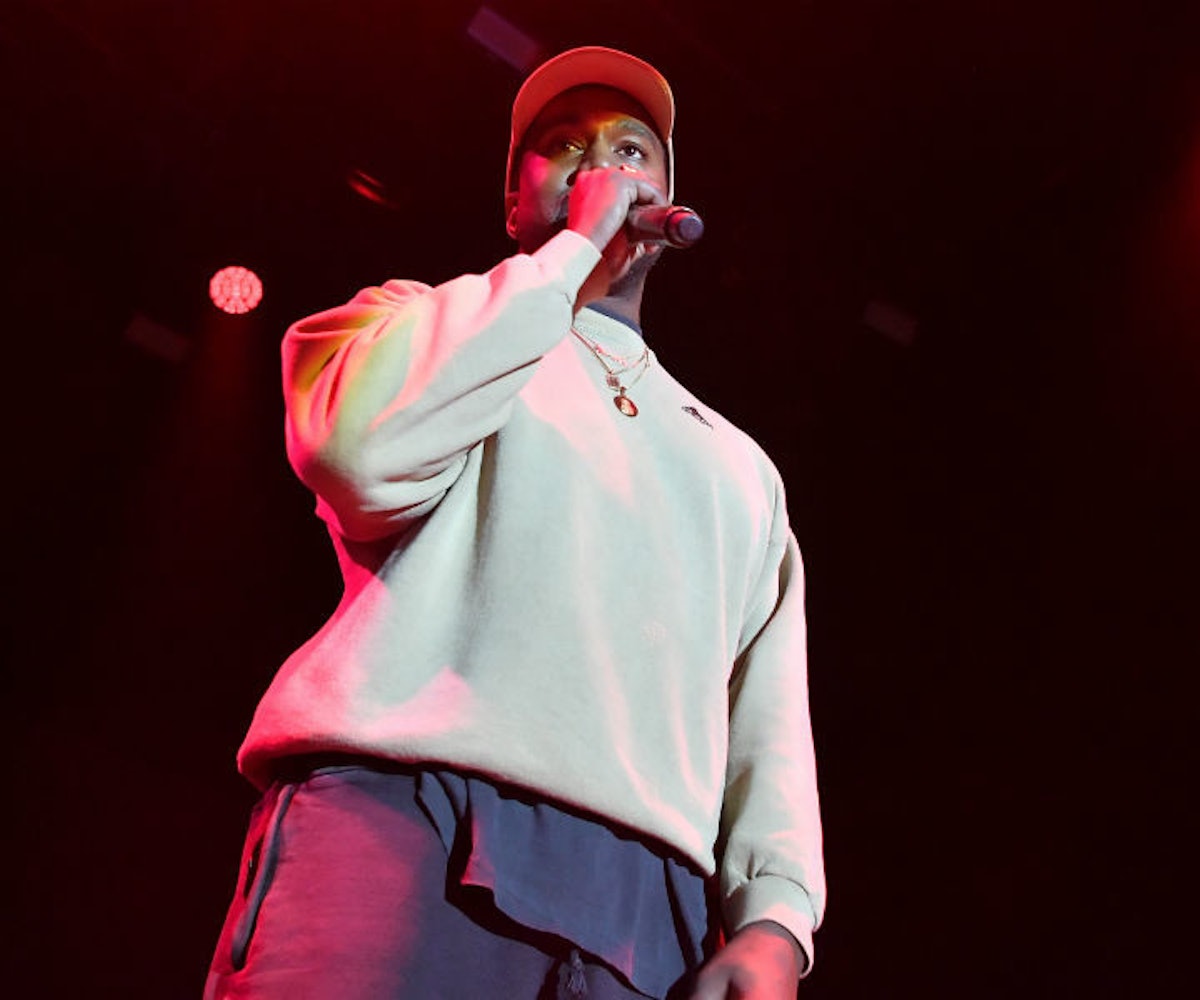 Kanye West returned to Twitter recently. He started off letting his millions of followers know that he wants a neck tattoo. Then, he showed off the new “rat boots” he’s working on. He also announced new music and shared some words from his new philosophy book.

A couple of days ago, things took a turn when he endorsed right-wing Twitter celebrity Candace Owens (to get a sense of Owens'—a black woman's—views, she once called those protesting racial injustice “whiny toddlers, pretending to be oppressed for attention.”)

Now, he’s doubling down on his love for Trump. We’ve known for a while now that West is a Trump supporter. He stated during a concert that he would’ve voted for him, had he voted during the last presidential election. He also met with the then-president-elect in 2016. Even still, many West fans dismissed this as Kanye being Kanye. He’s just shaking things up! This is what he does! He doesn’t, actually, mean it!

Today, he made his political views crystal clear when he tweeted a picture of himself wearing a Make American Great Again hat and called Trump his “brother” (though, he writes, he doesn’t agree with everything he does), for which he got a co-sign from the president.

Things got so heated on the internet following the exchange, Kim had to come to his defense.

West’s erratic behavior has often been overlooked because of the alleged mental health issues he’s dealt with in the past. Supporting a Republican isn’t a signal that there’s something wrong with you, of course. But endorsing a president and a subset of people who preach misogynistic, racist, and xenophobic messages isn’t just wrong, it’s dangerous, and it might just be the thing that gets West canceled in the very few circles he’s still allowed into.