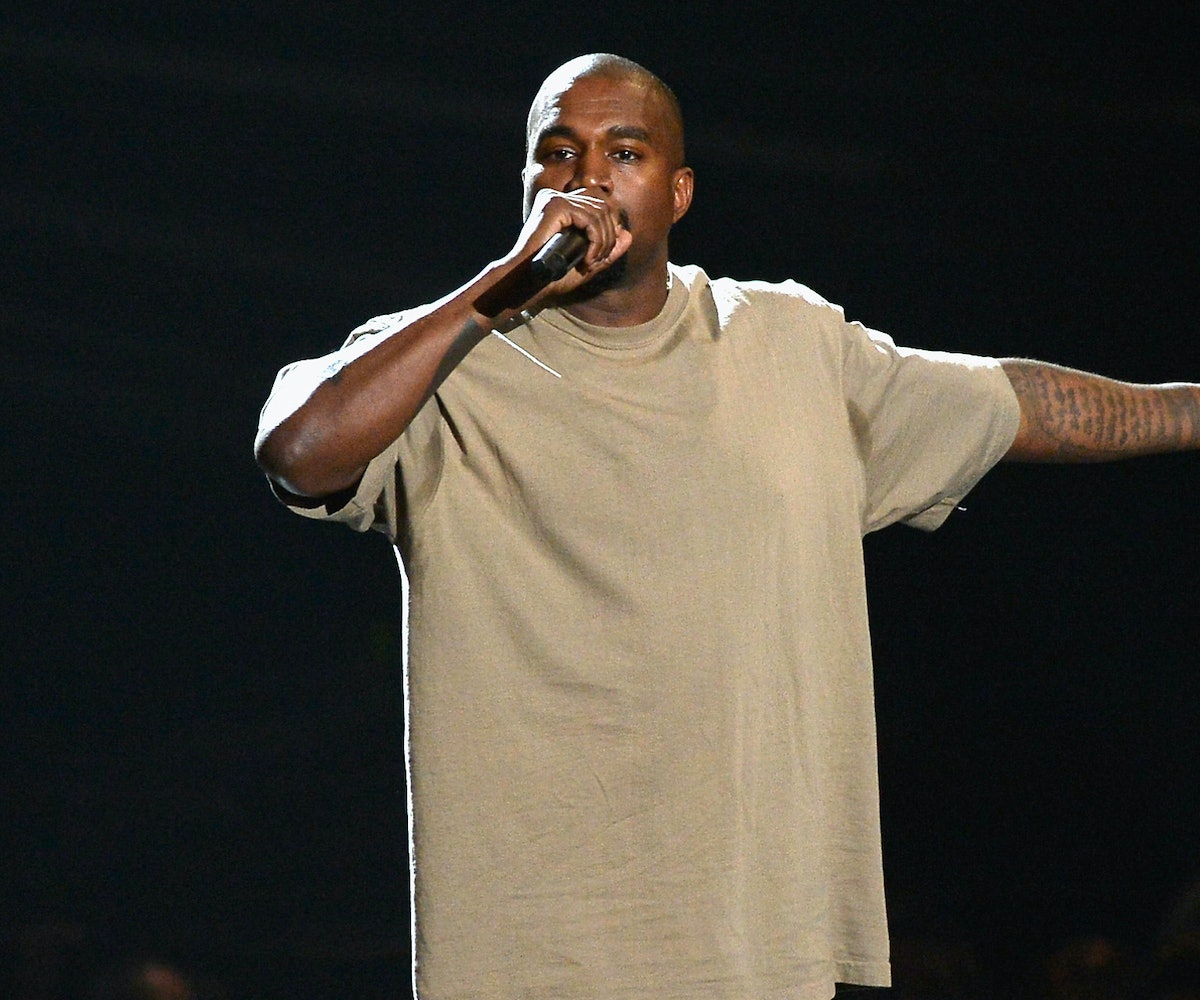 Last night, to accepting his Video Vanguard award at the VMAs, Kanye West launched into one of his trademark rants which was equal parts brilliant and rambling. The speech, which called out Justin Timberlake for crying after losing and Taylor Swift for possibly making it hard for him to buy juice because everyone thinks he is mean—but also, the music industry for begging creatives to compete against each other for some arbitrary award—was a true Kanye West moment. But he must have picked up some tips from his wife on how to make headlines: The talk culminated in a declaration that he was running for president in 2020. Because, of course it did. "I don't know what I finna lose after this," he told the crowd. "It don't matter, though; It's not about me. It's about ideas. New ideas. People with ideas. People who believe in truth. And yes, as you probably could've guessed by this moment, I have decided in 2020 to run for president."

It was a mic drop moment, which is exactly what Kanye did before he strode off stage to accept props from his confused coterie of friends and fam. The moment caused an eruption online, with some people taking him seriously (Donald Trump) and some people treating it like a joke (not Donald Trump). Whether he was serious is besides the point. As an entertainer and provocateur, Kanye West did his job last night. All you had to do was check Twitter for proof.