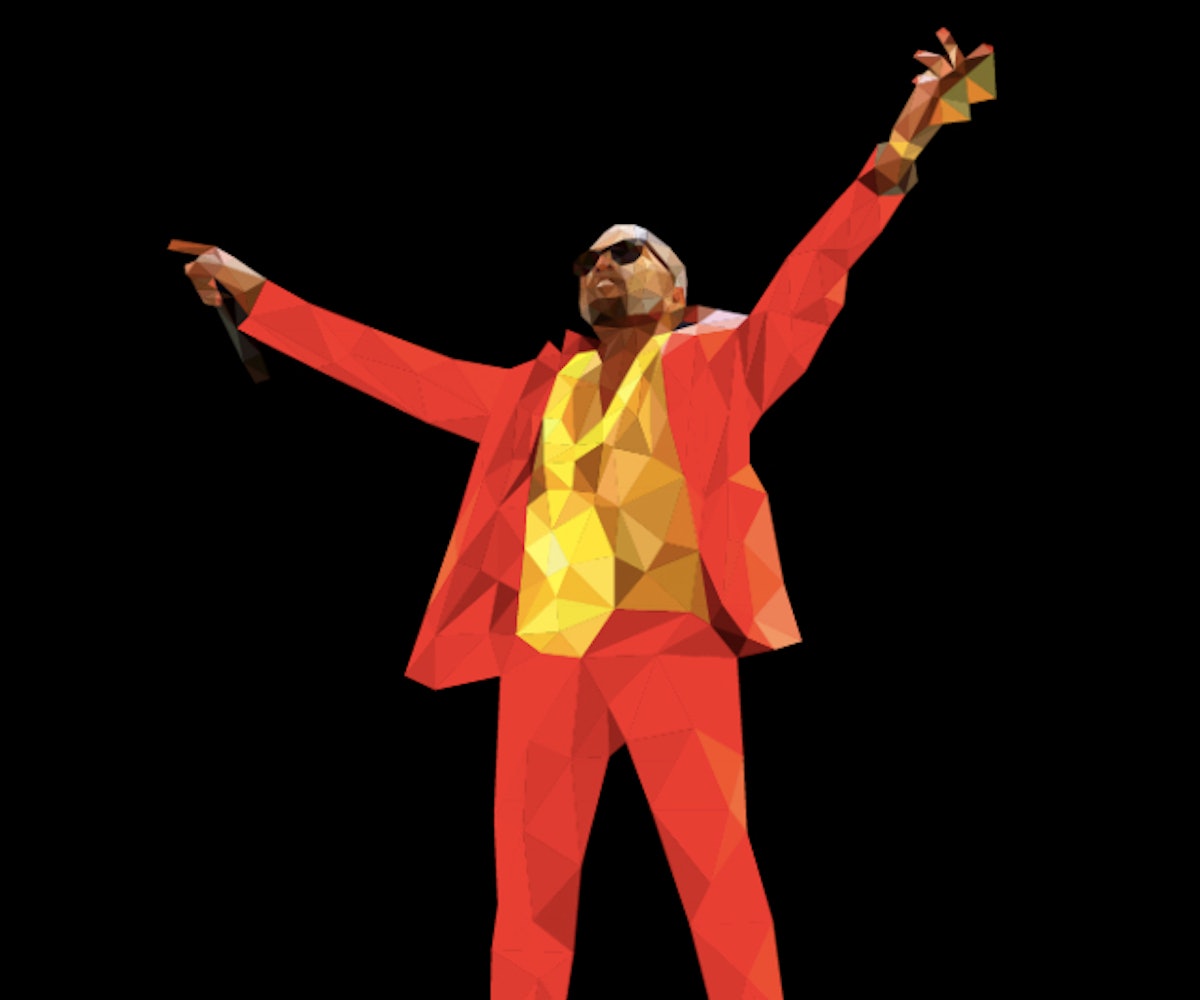 At long last, people with the vision and courage to create a book consisting of Kanye West’s greatest, most inspiring, and least rational quotes have done what always needed doing. Why did it take so long?

As Hypebeast reports, creative branding agencies Wonder Shuttle and pxlfctry have teamed up to create The World According to Kanye, a slim e-book that not only presents the best words to have come out of Yeezy’s highly active mouth, but visualizes some of those bon mots with helpful illustrations.

While the often-hilarious e-book made it to digital press without West’s permission or assistance, the The World According to Kanye doesn’t exist just to lampoon the rapper/producer/designer/cultural nexus. As they write in their introduction:

Few people see Kanye beyond the cringeworthy caricature that the media presents him as—despicable, crazy, impulsive, arrogant, and narcissistic.

Kanye represents the voice inside us that pushes us to go beyond.

Download The World According to Kanye right here, right now and decide for yourself if it’s silly, inspiring, or both.

NEXT UP
fashion
How ‘Spice World’'s Costume Designer Nailed The ‘Scooby-Doo on Acid’ Look
Entertainment
19 Niche Music Festivals For Every Type Of Person
Entertainment
Boygenius, LCD Soundsystem & Steve Lacy Are Headlining A Summer Concert Series
Entertainment
Chloe's "Pray It Away" & 9 Other New Songs Out This Week
Style + Culture, delivered straight to your inbox.