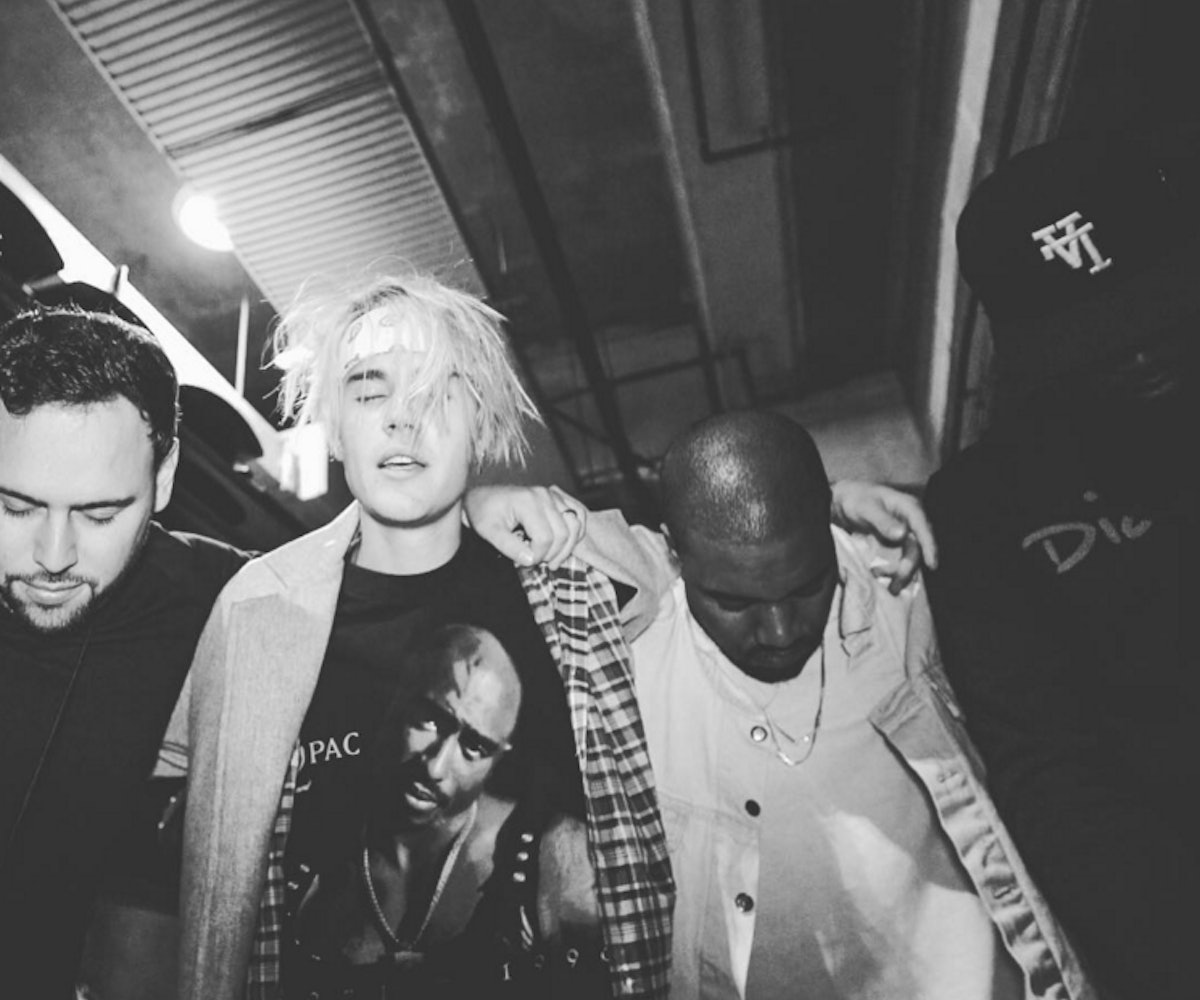 A couple of weeks ago, Kanye West boldly declared on Twitter—as he oft does—that Justin Bieber's "What Do You Mean?" was his favorite song of 2015. Then, a week ago, he went to Bieber's concert and was caught dancing along and vibing to the song with his wife, Kim Kardashian West. To put it quite lightly, West is incredibly passionate and intense about everything in his life: his fashion line, family, music, and, of course, his foray into video gaming. So we imagine that when West became acquainted with the surprise sonic masterpiece that was Bieber's Purpose album, he thought about how he could integrate the power behind JBieb's transformation into his own quest for artistic domination.

Whether or not West was able to discover the secret behind the man who gave us 2015's greatest dick pic, at the very least, he decided to recruit the man who made him: Scooter Braun. According to Billboard, Braun—the 34-year-old who turned Bieber, then just a young YouTuber, into a bonafide pop star—is West's new co-manager. Although E! reports that there are no formal managerial agreements between the two, sources say that they have been working together for about a month. There's no word on what the two are cooking up together, but we have a conspiracy theory that they're working on #Kanye2020, the rapper's presidential campaign that may never come to light, but that fans are very excited about. After all, Braun does have experience in political fundraising. Last year, he hosted the massive, star-studded fundraising dinner for Hillary Clinton where the presidential candidate got a selfie with Kim and Kanye.