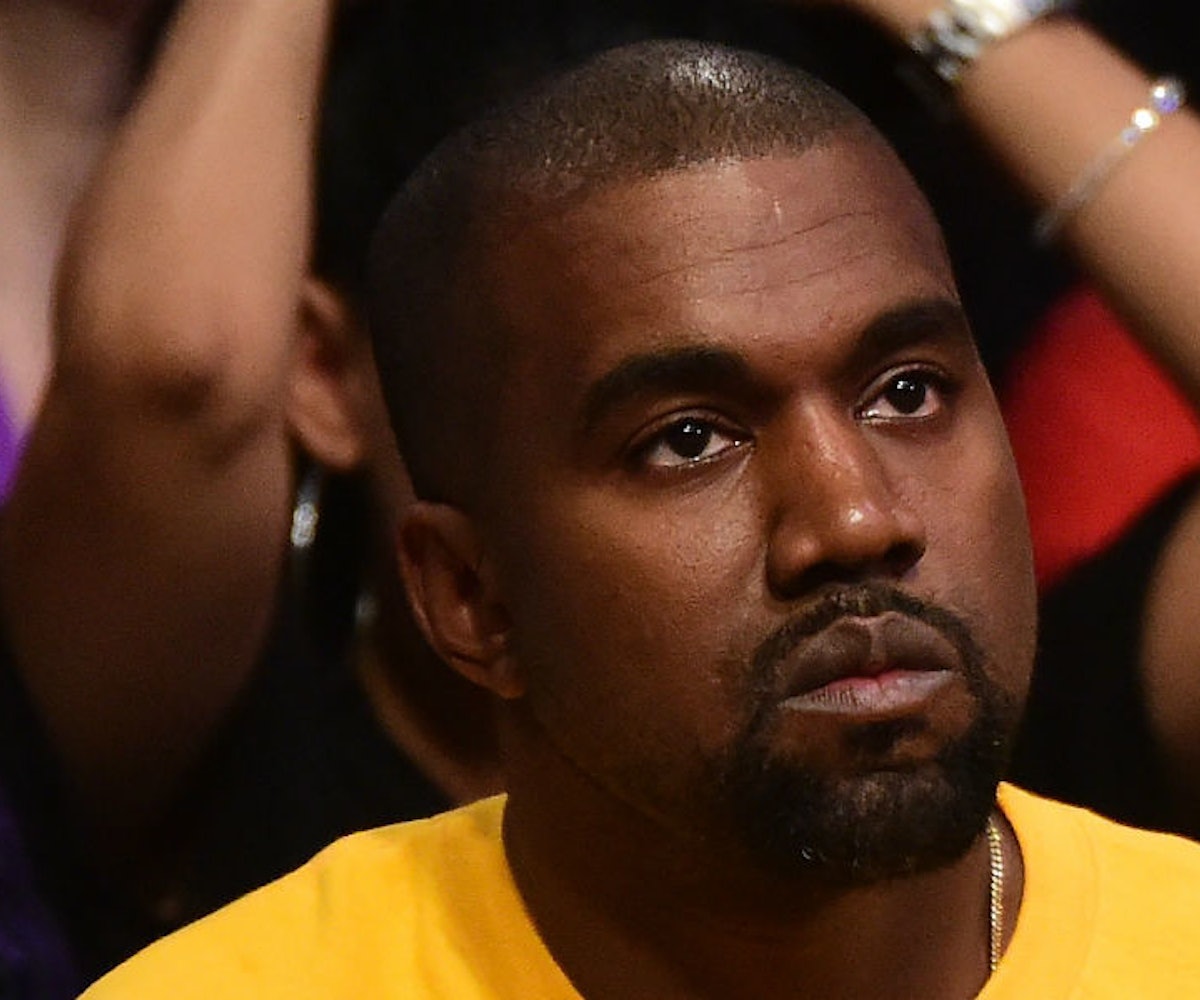 In a recent interview with The New York Times, Kanye West goes back on his controversial TMZ comments, namely that slavery was a choice.

“I said the idea of sitting in something for 400 years sounds—sounds—like a choice to me, I never said it’s a choice. I never said slavery itself—like being shackled in chains—was a choice,” West told the publication. “That’s why I went from slave to 400 years to mental prison to this and that. If you look at the clip you see the way my mind works.”

When asked if he could reword what he would say, West explains incoherently:

I wouldn’t frame a one-liner or a headline. What I would say is actually it’s literally like I feel like I’m in court having to justify a robbery that I didn’t actually commit, where I’m having to somehow reframe something that I never said. I feel stupid to have to say out loud that I know that being put on the boat was — but also I’m not backing down, bro. What I will do is I’ll take responsibility for the fact that I allowed my voice to be used back to back in ways that were not protective of it when my voice means too much.

West’s comments about slavery came after he doubled-down on his support for Donald Trump. He explains further his need to publicly endorse him. “I felt that I knew people who voted for Trump that were celebrities that were scared to say that they liked him. But they told me, and I liked him, and I’m not scared to say what I like,” he said. “Let me come over here and get in this fight with you.” He also speaks about being pressured to vote for Hillary Clinton because he was black. “Man, I had my [expletive] [expletive] castrated: 'You have to like Hillary. That’s got to be your choice,'” he said. “Because you’re black, because you make very sensitive music, because you’re a very sensitive soul, it was like an arranged marriage or something. And I’m like, that’s not who I want to marry.”

West’s comments led a lot of people to cancel the artist—especially black fans—though West doesn't appear too concerned. “You’re not always going to agree, but they’re not going to leave,” he says, referring to his black fans. He goes on to speak more generally about his album. “Half that audience that was there last night, half the people that are listening to the album are supposed to not listen to the album right now,” he said. “I’m canceled. I’m canceled because I didn’t cancel Trump.”

Read the full interview here where he also talks about having suicidal thoughts and his fear that Kim would leave him after the TMZ interview.