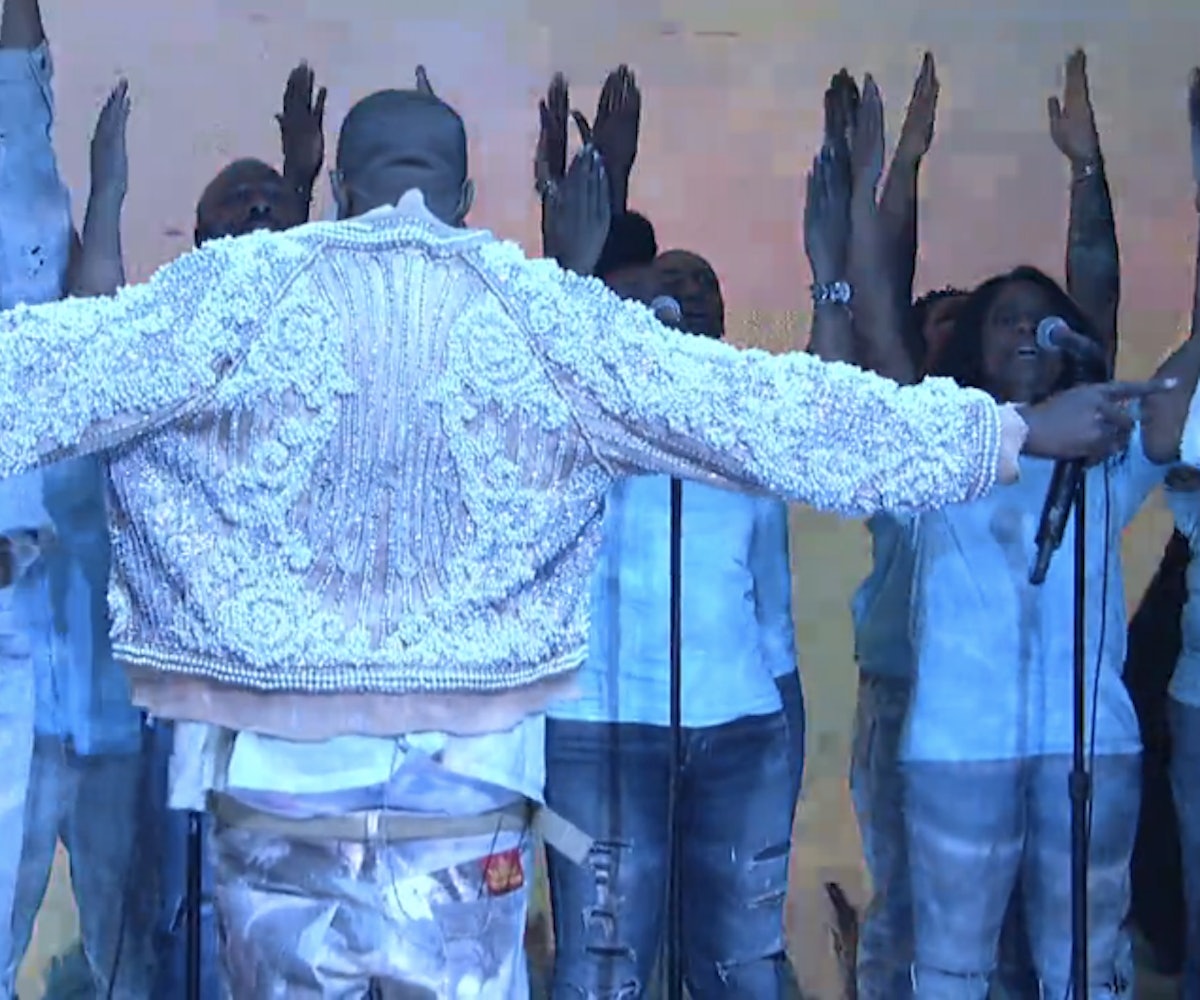 Since he hasn't been up to much lately, West was the musical guest on last night’s Saturday Night Live, performing both “Highlights and “Ultralight Beam” from his new album, The Life of Pablo. A sparse stage and a year’s worth of light denim (not, surprisingly, from West's new line) accented by pale, pastel lights gave both performances an understated feeling that tapped into the songs themes of devotion to God (amongst other things) and the album's religious overtones.

For "Highlights", West was joined onstage by Young Thug, Kelly Price, The-Dream, El DeBarge and Kirk Franklin. Starting with a recorded spoken-word testimony to God, Ye goes in to wish that his, "dick has a GoPro/So I could play that shit back in slo-mo," just like the good Lord intended.

For his performance of "Ultralight Beam", Kanye was backed by a gospel choir for this more straightforwardly devotional song. Chance the Rapper, Price, Franklin, The-Dream and El DeBarge also joined Ye, who mostly stayed on the sidelines until it was time to lay on the stage as if on the cross. Can you blame him though? Dude is tired after dropping a clothing line and a new album in the same week.

Check out "Ultralight Beam" below.