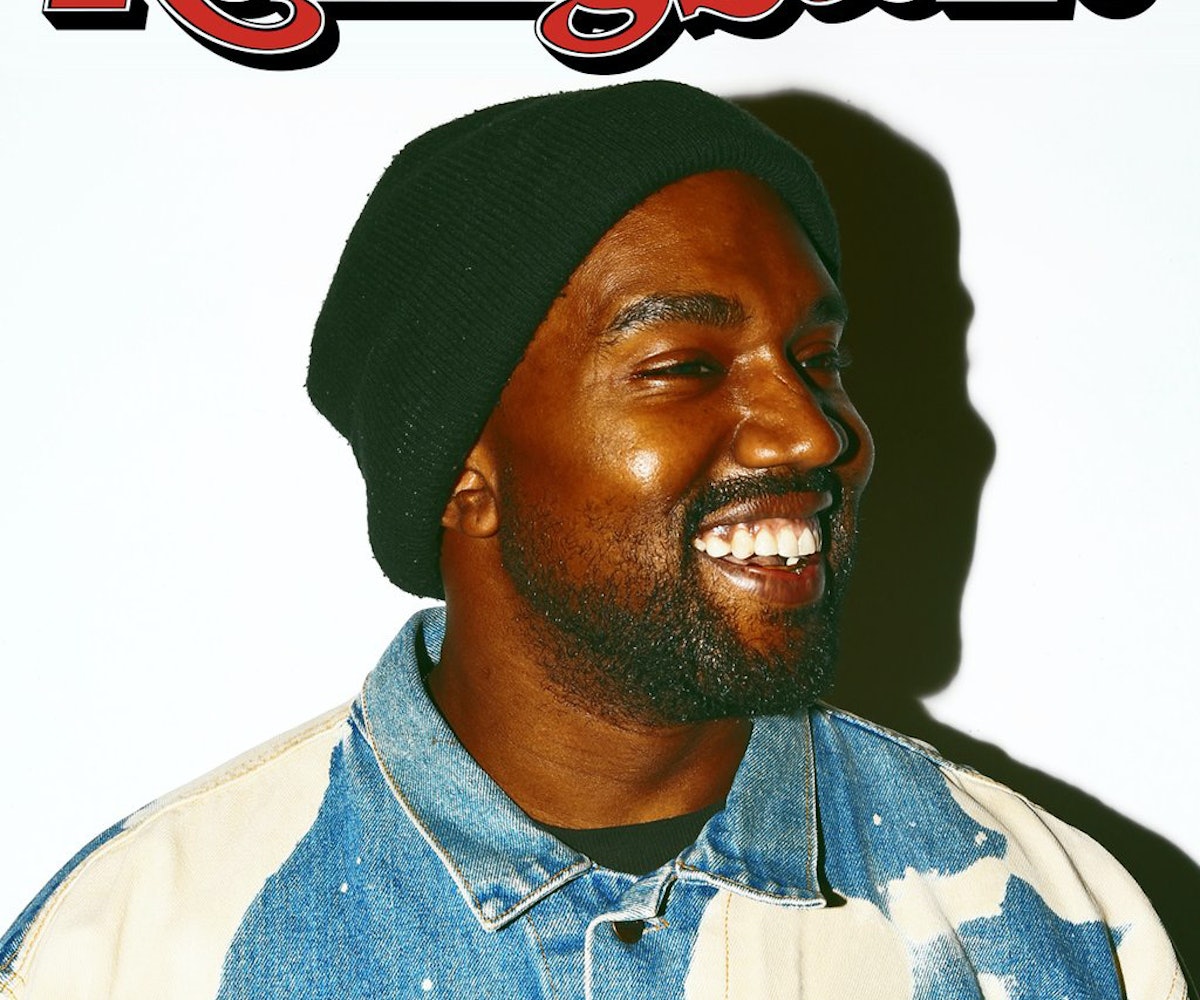 Back in 2006, Kanye West was on the cover of Rolling Stone in a crown of thorns and fake blood alongside the headline "The Passion of Kanye West." It ignited a massive controversy, filled with outrage from conservative religious groups and a bevy of thinkpieces. But when Kanye West posted another cover with the Rolling Stone logo last night, it seemed like there was nothing quite contentious about it, unless people with very strong feelings about condiments exist in the world. Alas, it did stir up a tiny whirlpool of a scene, though.

Soon (44 minutes, to be exact) after Kanye's initial posting, Rolling Stone retweeted, adding, "While we love Kanye, and have many mustard-related questions for him, this is not an actual cover of Rolling Stone." Then, 59 minutes later, Kanye wrote, "I bet you this still becomes the cover though... Let's do another poll..... #trollingstone," and created a poll asking if the cover shot by Tyler the Creator should indeed become a true Rolling Stone cover. (At press time, 58% responded "yes.") Then, Billboard quickly wrote up the exchange, with the title "Kanye West Posts Fake 'Rolling Stone' Cover, 'Rolling Stone' Responds." Needless to say, Kanye didn't take too kindly to the exact language that the powerhouse music publication used. He tweeted, "Aye Billboard you could use the term “unauthorized" but never refer to anything that me and Tyler do as fake out of respect to musicians…"

It was a whirlwind of emotions, trolling, and hashtags, but nevertheless, it was short-lived. After all, Kanye has an album to finish, rename (because, as Kanye revealed, Waves, FKA Swish and So Help Me God, is no longer), and premiere at Madison Square Garden in exactly seven days.