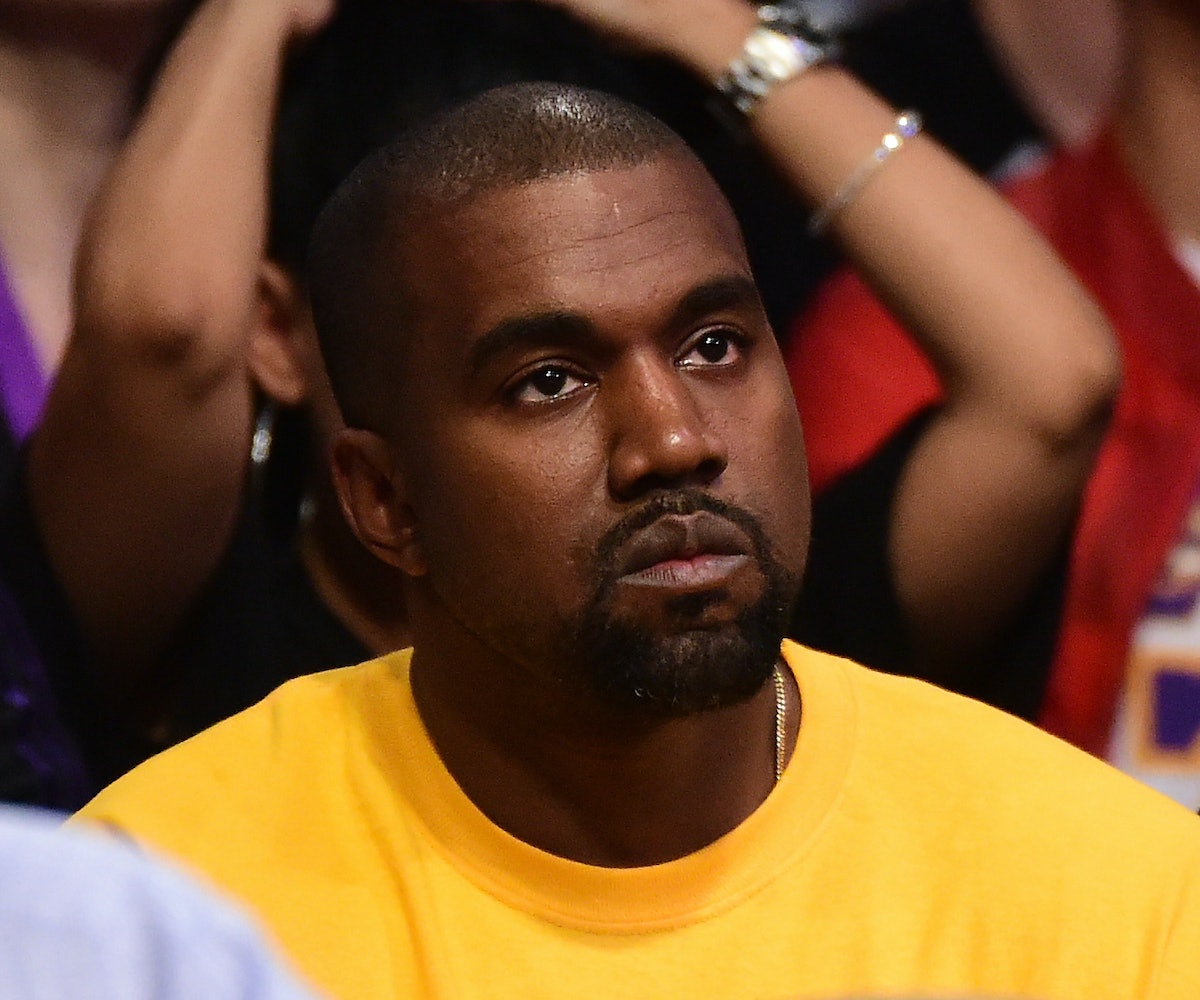 Besides announcing his own intention to run for president in 2020, Kanye West has remained remarkably silent about the election. That reality came to a crashing halt yesterday when Kanye told a no doubt stunned crowd in San Jose that, while he didn’t vote, if he had, it would have been for Donald Trump. This sentence is so you can let that sink in for a little. "This is my platform, and I'm going to talk about the paradigm shift that's happening right now," West said at the beginning of what became nearly an hour-long speech that focused mostly on politics. The crowd’s stunned reaction as West reveals his support for Trump in the clip below says it all.

West went on to expand on his unexpected views, saying that Trump “'inspired racists to reveal themselves.” Not wrong, but West seemed to be trying to underscore that he was post-racism and that we all should be too because, in America, it’s a fait accompli. “Stop focusing on racism," he told the crowd. "We are in a racist country, period." West, anticipating the reaction online, warned that the “internet is going to take this out of context," and tried to strike a more conciliatory tone. "Whether you voted for Hillary or Trump, this is a safe space for both of you," While that’s good news for Kim Kardashian, West didn’t really go into detail about why he supported Trump, besides expressing his admiration for his showmanship. “I actually think that his approach was absolutely genius, because it fucking worked,” West said.

West also addressed a potential presidential run. “I don’t say 2020 because out of disrespect to our president at all. I’m not saying that, ‘Oh man, that just means that anybody can win.’ That’s not what I’m saying when I say 2020,” he said. “I’ve just said I’ve got some ideas about the way we should connect our ideas. That we should use opposite parties. That the Republicans, that the Democrats, that everyone that ran that had an idea that people agreed with should be the collective ideas that are used to run the country.”