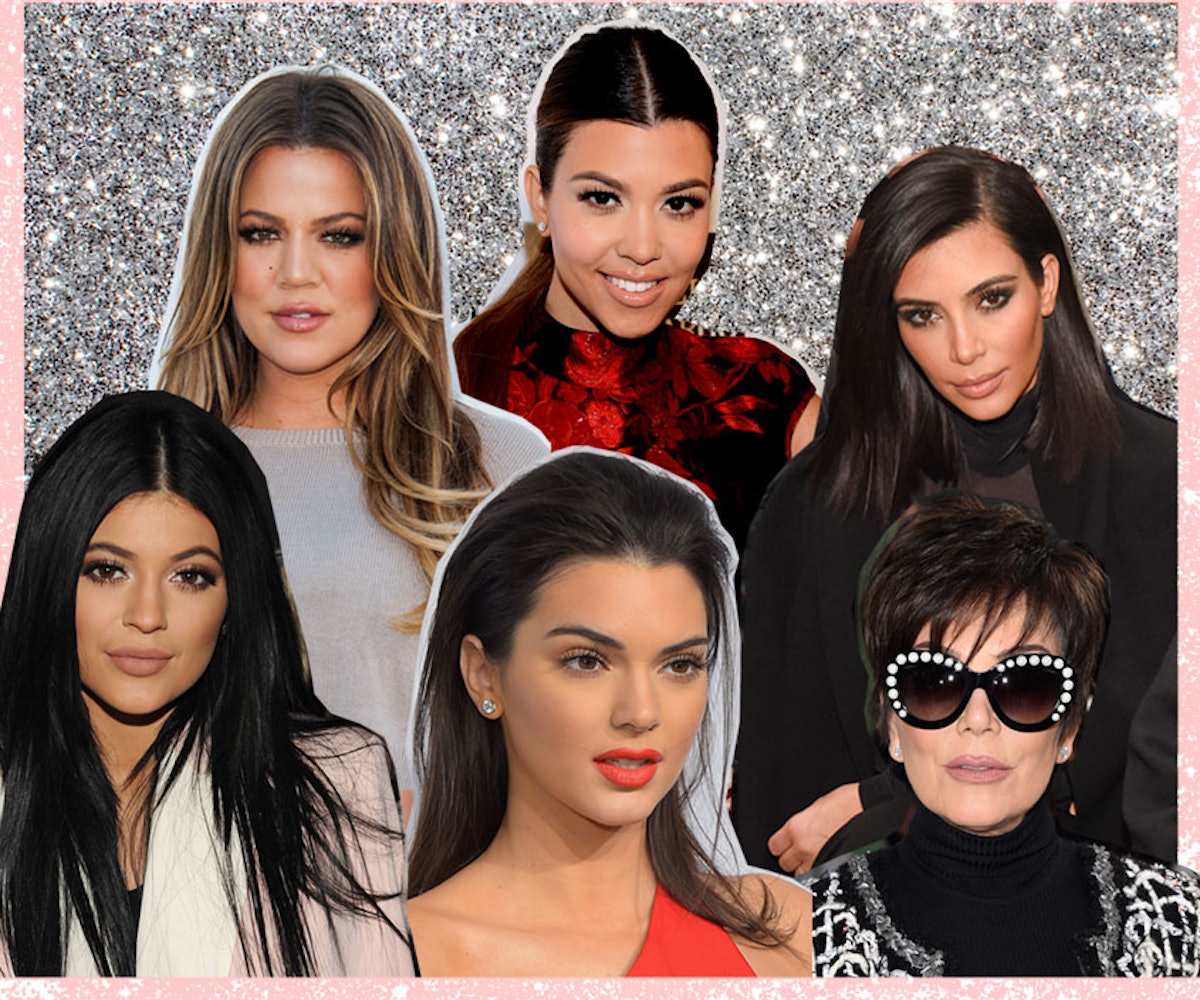 The Kardashians are America’s “other” first family. Whether you love them or hate them (or love to hate them, which seems to be the case for most), no one saturates our news feed more than these reality stars. And while many claim to take the stance of “who cares,” the act of publicly announcing indifference on social media is a pasttime, one that no other celebrity receives. The internet doth protest too much.

But most Internet commenters don’t just casually dislike the Kardashians; they actively loathe them with the passion of a thousand burning suns. The violent and sexist nature of comments hurled at the Kardashians, both on Nylon and on other pop culture news websites, is disturbing—but what’s even more upsetting is the severity of the language. Scroll down the comments section on any Kardashain post any site anywhere, and you’ll find that, in addition to your typical use of “bitch,” “cunt,” and “whore,” there are detailed descriptions of violent sexual acts that the women supposedly “deserve.”

Yes, it’s an issue faced by any female celebrity, but when Ashley Judd was confronted with violent, sexist putdowns for tweeting about a basketball game, the tweets (and Judd’s subsequent rebuttal) made headlines. Meanwhile, the ongoing attack on the Kardashians is rarely, if ever, addressed. Just because the Kardashians play up their sexuality doesn’t mean it’s okay to commit verbal sexual assault on them on the internet.

I’m aware that daring to defend anything Kardashian is opening myself to typhoon of hate comments (I can imagine what’s going on in the Facebook comments section of this post. Go ahead, I can take it). But regardless of how much you despise the Kardashian Klan—Kim, Khloe, Kris, Kourtney, Kendall, Kylie, and whoever else might start with a 'K'—it’s worth considering how they achieved a level of prominence and permanence far greater than that associated with, say, the stars of Jersey Shore. In fact, having recently signed the highest paying reality TV contract in history, it’s safe to say the Kardashians achieved success greater than anyone else in the reality TV realm, of which we are all clearly obsessed.

Of course, the Kardashians are a beast of our own making, but more than that, they’re a reflection of modern habits, norms, and values—which can be a tough pill to swallow. Rather than admit they’re an exaggerated portrayal of modern America, it’s easier to hate them. But it’s time we faced the hard truth: The Kardashians have embodied ideals that we all really celebrate—nay, worship.

Let’s start with a refresher of the Kardashian origin story, because most haters always bring up that infamous “sex tape.” But it was much more than that. If a sex tape starring me opposite a famous person was leaked, I would not become Kim Kardashian, and my upper-middle class Jewish family living in Toronto would not have a combined 110 million followers on Instagram. There were other factors at play.

It was 2007 when the infamous sex tape starring Kim (who up until then was known, barely, as a pal of Paris Hilton’s) and Ray J was leaked online. Ray J wasn’t a superstar, but he was famous enough for the tape, which was filmed while the two were dating back in 2003, to make a few headlines.

Sex sells (duh), and it wasn’t long before people started asking about the curvy girl having sex with Ray J. Add to that the fact that said girl is the wealthy daughter of Robert Kardashian (a lawyer in the O.J. Simpson case), stepdaughter to Bruce Jenner, and friend of Paris Hilton, and you have yourself a D-List celebrity. E! saw this interest as an opportunity. The first episode of Keeping Up with the Kardashians aired shortly thereafter. Capitalist to the core, Kim's embarrassment became an immediate windfall.

The genesis of the Kardashians perfectly embodies our own obsession with sex, and perhaps more importantly, our obsession with fame and desire to be close to it. Who among us hasn’t texted, tweeted, or casually mentioned having been in the same room as a celebrity, even if the almost-encounter was a total accident? If party guests are interested in the fact that you saw Ryan Gosling eating a bagel, imagine the level of intrigue attached to someone who has had actual, consensual sex with a celebrity. (I was at a dinner party at which a girl admitted to having had sex with Michael Fassbender, and she instantly became the most fascinating person in the room.) Given the other factors in Kim’s case, America was her dinner table and the rest is pop culture history.

Once the Kardashians made it to TV, the absurdity of the family’s infighting, opulence, and no-filter mentality was enough to make the show a hit. I don’t watch Keeping Up With the Kardashians, but as someone writing about pop culture and fashion for the Internet, at this point it’s my job to be aware of who Kylie is dating and which runways Kendall walked. While it’s easy to dub the Kardashians “unrelatable” due to their wealth, push money aside for a moment and consider the many ways that the Kardashians are like us.

First, there’s their preoccupation with how they look, which may be extreme in the Kardashian universe, but familiar to most human beings currently living on planet earth. There’s the fact that no topic, no matter how taboo or embarrassing, is off-limits, especially when things get heated (a common issue when fighting with family members who have to “love you no matter what”). And, speaking of that last thing, at the root of it all is an actual family that seems to love each other under any circumstances, even when things get car-accident ugly. That may not be universally relatable, but maybe it’s something that resonates with many of us.

I understand people’s frustration when their newsfeeds are swarmed by constant updates of the latest in Kardashian Land, but as long as Kendall keeps booking top-tier modeling contracts and Kim keeps letting us peek into her marriage to the biggest rapper alive, it’s our duty as a publication that exists at the intersection of fashion and pop culture to report on them. They are simply too ubiquitous to be ignored, full stop.

The Kardashian obsession stems from a collective sense of embarrassment for being part of the system that created them—we sustain their fame with our inability to look away. Online publications are fueled by page views, and as an Internet writer, I can tell you with authority that Kardashian stories get loads of them. (Put up a well-reported story about sexism in the fashion industry next to a photo of a Kardashain photobombing a llama, and you'll see a stark contrast.)

There is no mechanism in our CMS that tells us how many of you are hate-reading or checking out the stories because you’re actually interested. All we know is that you’re reading. So if enough of you really want to exist in a world without the Kardashians, all you have to do is stop looking. The reality is, you can’t. None of us can. And, to be frank, we don’t want to.