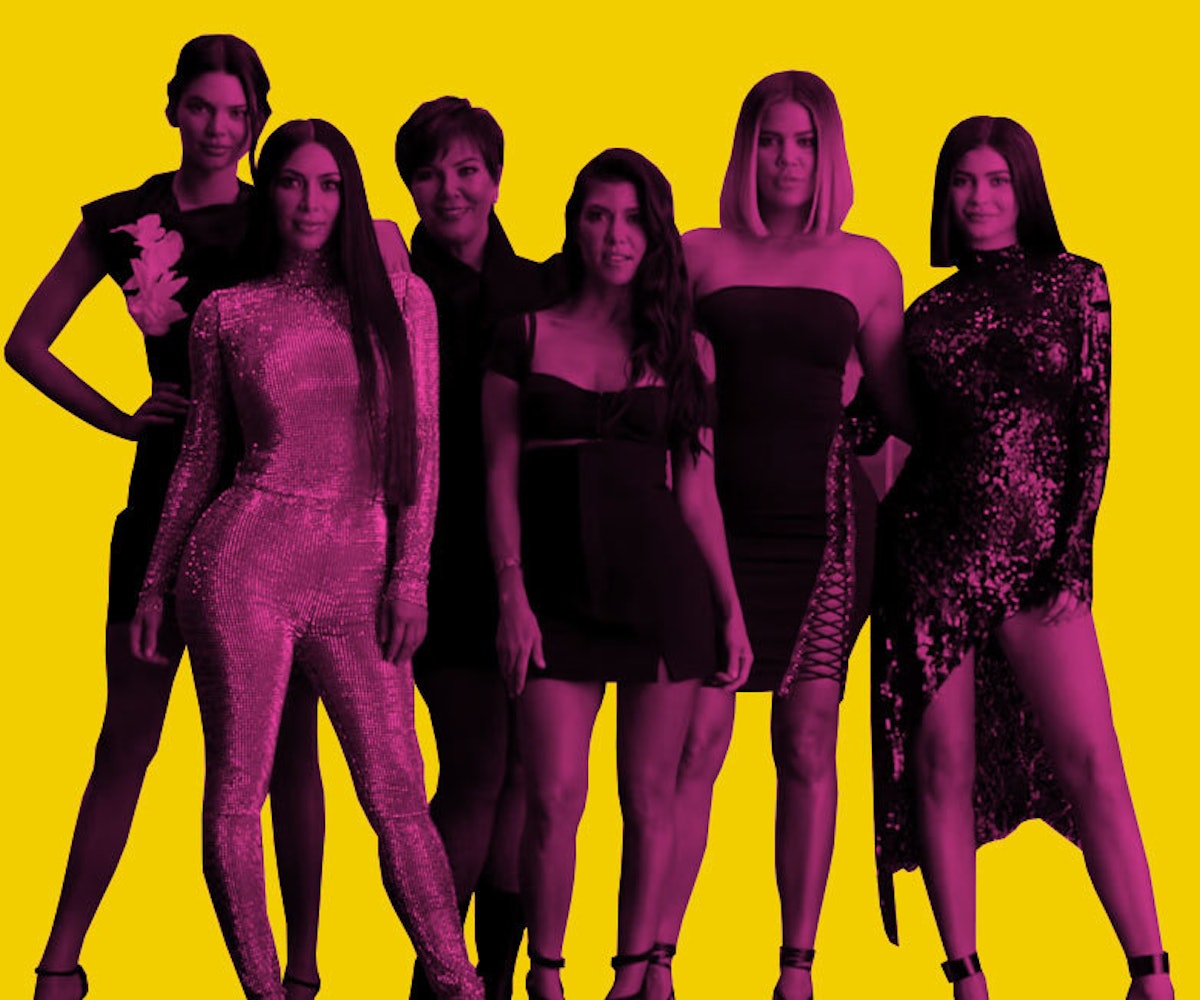 The Kardashians weren't anything 10 years ago. They were a family helmed by Kris and Olympic gold medalist Caitlyn (then Bruce) Jenner, whose most famous daughter, Kim, was best known for being Paris Hilton's closet organizer. But even though Kim was celebrity adjacent, appearing on a variety of red carpets and in one leaked sex tape, it wasn't until Kris' brilliant plan to turn their arguably crazy family life into a reality show that the Kardashians' iron grip on pop culture took hold.

It's remarkable, really, that we've witnessed a decade's worth of living with this family as intimately as we have, where C list fame transformed itself into A+ list literally right before our very eyes. It took time, yes, but Kris, Kourtney, Kim, Khloé, Kendall, Kylie, and everyone in their periphery have transcended the stock Andy Warhol prophecy that everyone will have 15 minutes of fame.

How does this happen? Blame it on the Kardashians' innate ability to be beautifully banal. They're in the press nearly every day, but they hardly ever say anything—even when it's an exclusive interview. They speak in platitudes and hyperbole. Taffy Brodesser-Akner laid it out best in her Kris Jenner profile for The New York Times: "To Kris, everything is fabulous or amazing or incredible or cute or epic or a nightmare." Is one really screaming when they tweet "I'm screaming" at some juicy gossip development? Probably not—just like no one is ever really laughing out loud when they fire off a quick "LOL." The Kardashians were fluent in meaningless Instagram affirmations before Instagram even existed.

Kim and the rest of the crew are not basic in the pumpkin spice sense, but rather in the sense that they manage to portray a slew of contrasting but familiar character traits all at once: wholesome but sexy, scandalous but well-mannered. They're vanilla by design—the finest french vanilla, mind you, but vanilla nonetheless. They're predictable, and yet people keep coming back for more. Everyone knows who the Kardashians are at this point, knows what they're getting into when clicking on a Kardashian-centered story or opening Kim's Selfish coffee table book, but ironically, that familiarity is exactly why they've remained relevant—even redefining what's relevant!—for so long. Their platitudinous is their saving grace. They've made it into an art form and an extreme money maker because their message of putting family first, upholding family values, and honoring family history while creating a strong family legacy through shared family experience, photos, and, yes, selfies, is something that so many others aspire to—and admire when they see it in others.

Like a viral TFW meme, the Kardashians are often outrageously absurd, but still truly relatable, ensuring yet another 10 years of cultural reign for the family. That's not, like Kim has said many times, bad for people who allegedly "[have] no talent." On the contrary, the Kardashians have the most talent. It takes a lot of work to figure out how to do what they've done, which is, in true Kardashian hyperbole form, not much of anything, but still, in the end, kind of everything that matters.