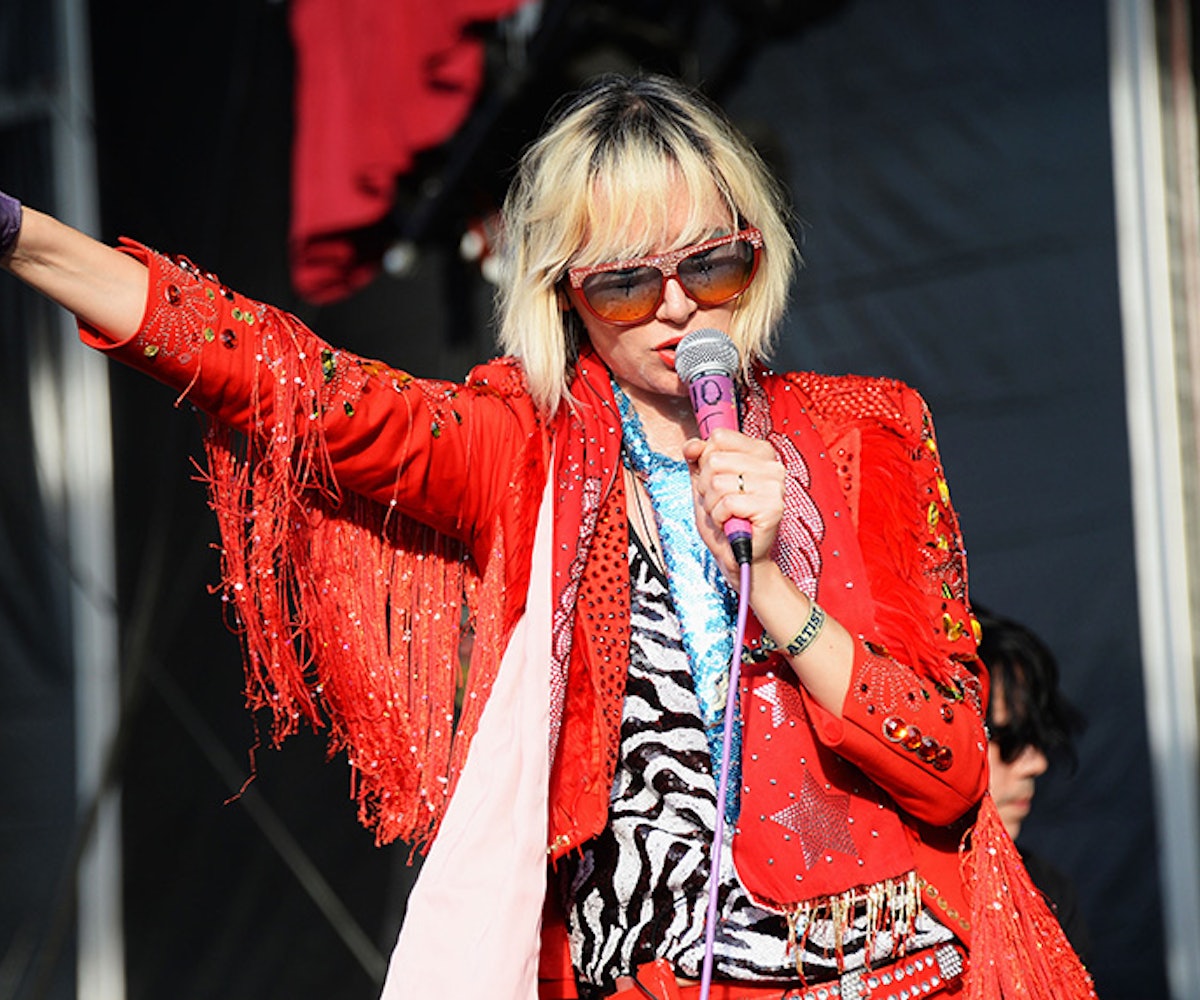 As if Karen O being nominated for an Academy Award for her awesome tune "Moon Song" from Spike Jonze's also-nominated film Her wasn't enough good news, there's more!

Our buds at Rolling Stone got an exclusive listen to a remake of the song featuring Vampire Weekend's Ezra Koenig. So yes, the ho-hum guitar strums are still there, as are Karen O's high-pitched vocals, but now with the added bonus of Koenig's cool dude stylings. Take a listen below and then get ready for even more great news: A three-song EP of "Moon Song" is going to be released later this week. (Insert Joaquin Phoenix-style dance moves here.)