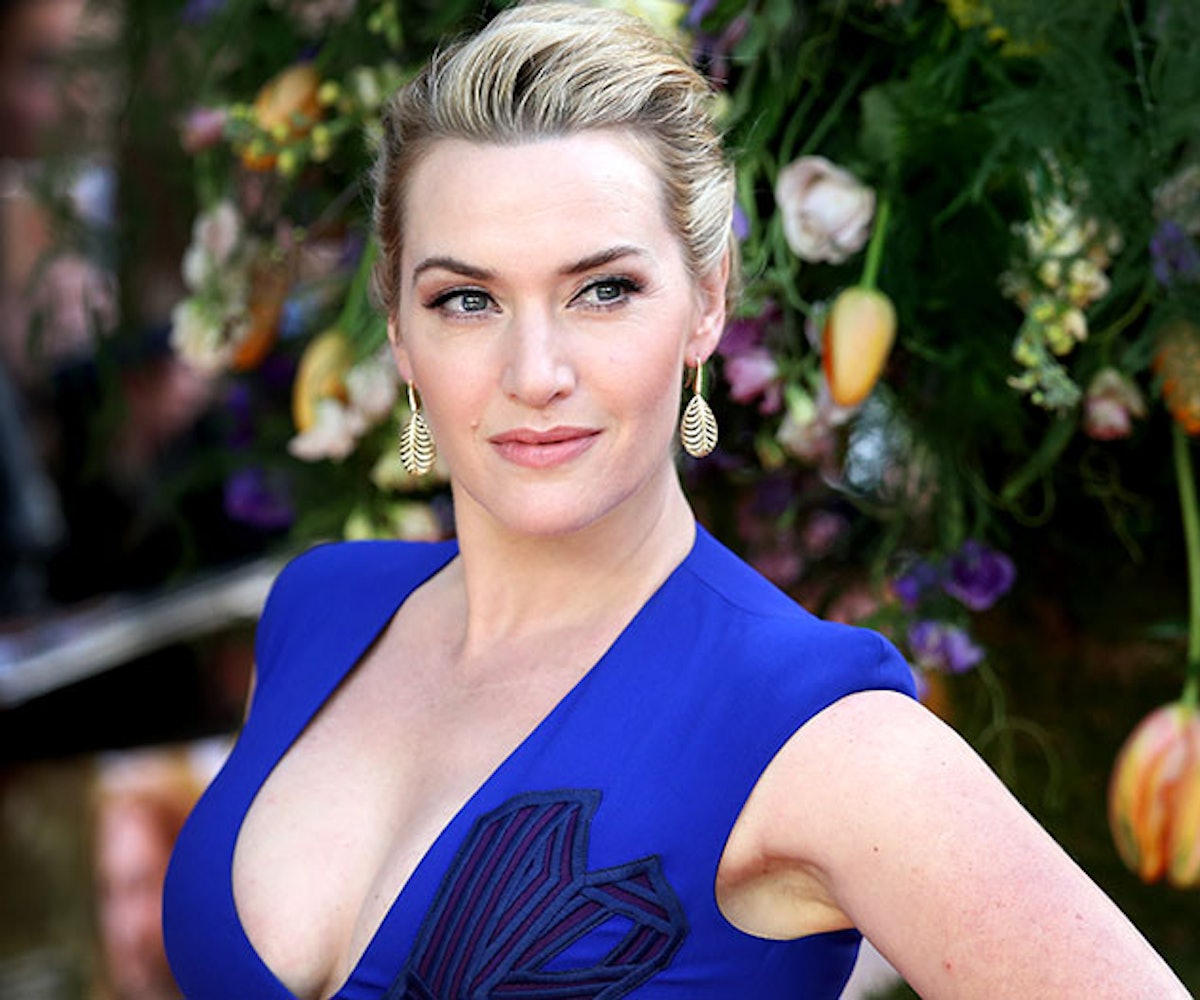 Kate Winslet is an modern Hollywood legend. She’s got one Oscar, three Golden Globes, an Emmy, one Grammy, and three SAG awards under her belt—all for roles that empower women without pandering. Her latest role as Sabine De Barra in A Little Chaos (out today), a female landscape designer tasked with creating one of Versailles’ most elaborate gardens, is no different. De Barra is a strong woman. She’s observant, nuanced, and through her genuine kindness and professionalism, affects change in the highly patriarchal society under King Louis XIV’s reign.

Like her character in A Little Chaos, Winslet does not complain about her job. At a recent roundtable in New York, the actor shot down a question that has been the topic du jour among Hollywood and its critics. After answering questions about the women in 17th-Century France, Winslet was asked what sort of parallels could be drawn between the female’s place in Hollywood and the female’s place in the French court. She replied with a stern “none,” but unpacked her answer.

“I always have such a hard time with being asked that question. I don't think actors and actresses should ever complain and make noises. The truth is, I've been extremely lucky. I can only speak for myself. I've never had any reason to complain. I've been in a position with my career where I've worked with some wonderful people from whom I've learned extraordinary things, and I'm continuing to work and do things that are exciting, challenging, and creatively stimulating. That's all an actor can hope for, quite honestly. I try to shy away from that question because I really don't know how to answer it and I feel like whatever I answer to that type of question would get picked up on and quoted a million times over.”

Though the answer might not have been viral material, within it is a lesson any employee at any job has to learn: Never complain and be grateful for the opportunities presented to you. She doesn't outright say it, but Winslet touched on the idea that you can change an environment or workforce condition by being proactive—which, in her case, is choosing female-empowering roles—instead of being reactive and complaining.