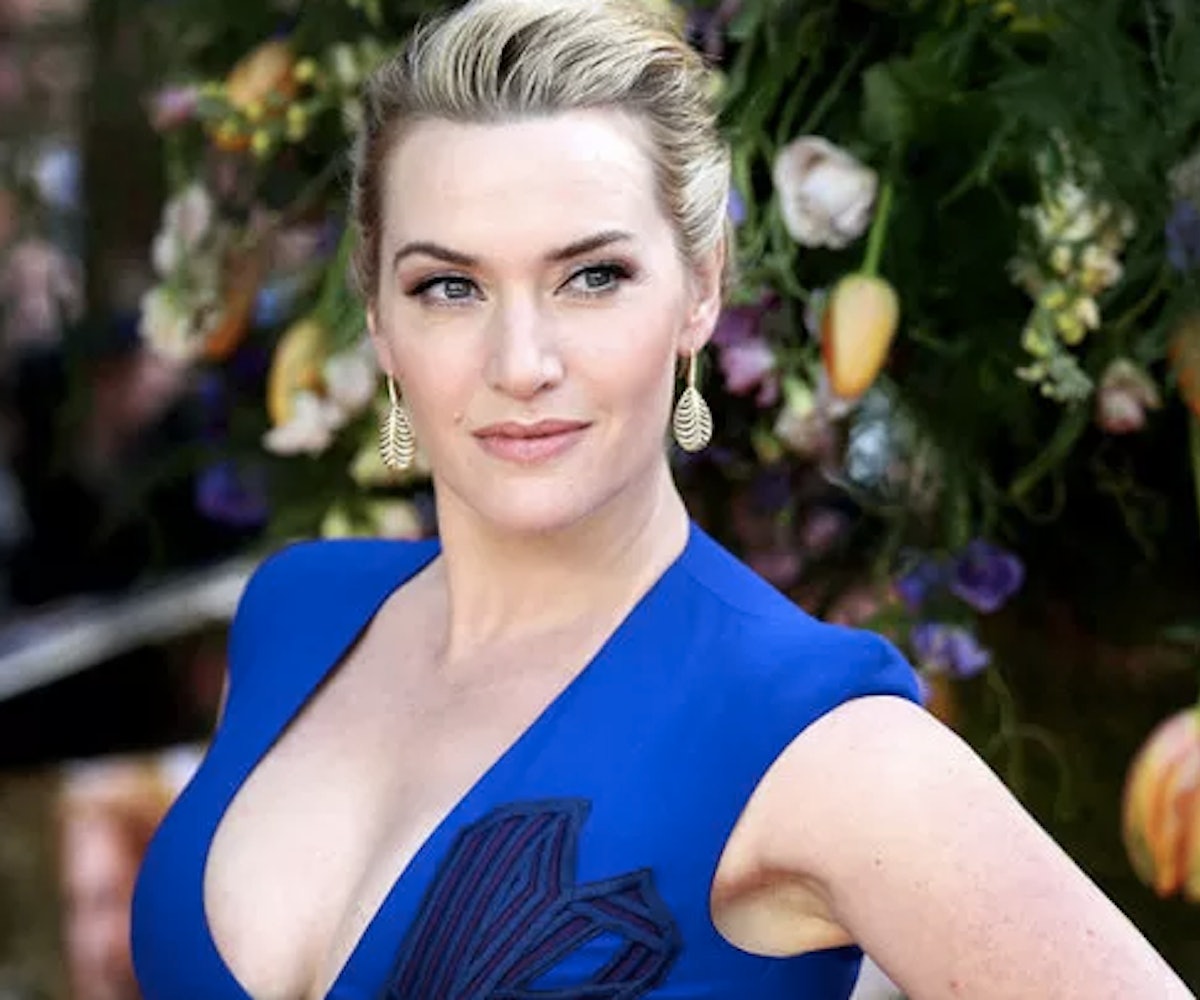 There can be no more satisfying feeling for an actor than proving the naysayers wrong. In a profession built on rejection, most stars have been told "no," more times than Kanye West in Silicon Valley. At Sunday's BAFTAs, Kate Winslet had her "I told you so" moment, when she called out a drama teacher for telling her 14-year-old self that she "might do OK if I was happy to settle for the fat girl parts."

Winslet had just come off a victory for best supporting actress for her role in Steve Jobs, when she told a room full of reporters backstage about the comment that helped motivate her throughout her career. "So what I always feel in these moments is that any young woman who has ever been put down by a teacher, by a friend, by even a parent, just don't listen to any of it, because that's what I did—I kept on going and I overcame my fears and got over my insecurities," Winslet said.

Winslet has long been one of Hollywood's loudest champions of body positivity, paving the way for young stars like Jennifer Lawrence to speak openly about how important it is for young women to feel comfortable in their own skin.

While appearing on Running Wild with Bear Grylls last summer, Winslet expanded on her own positive body image, and the lessons she's passing on to her daughter. "I stand in front of the mirror and say to [daughter] Mia, 'We are so lucky that we've got a shape. We're so lucky we're curvy. We're so lucky that we've got good bums.' And she'll say, 'Mummy, I know, thank God.' It's working, that thing that I've been doing. It's paying off."

Meanwhile, Winslet's former drama school, Redroofs theatre school in Maidenhead, Berks, has refuted the growing speculation that it was one of their teachers who made the remark to Winslet. A spokesperson for the actress confirmed that the remark was in fact made at an independent drama workshop attended by Winslet in London.