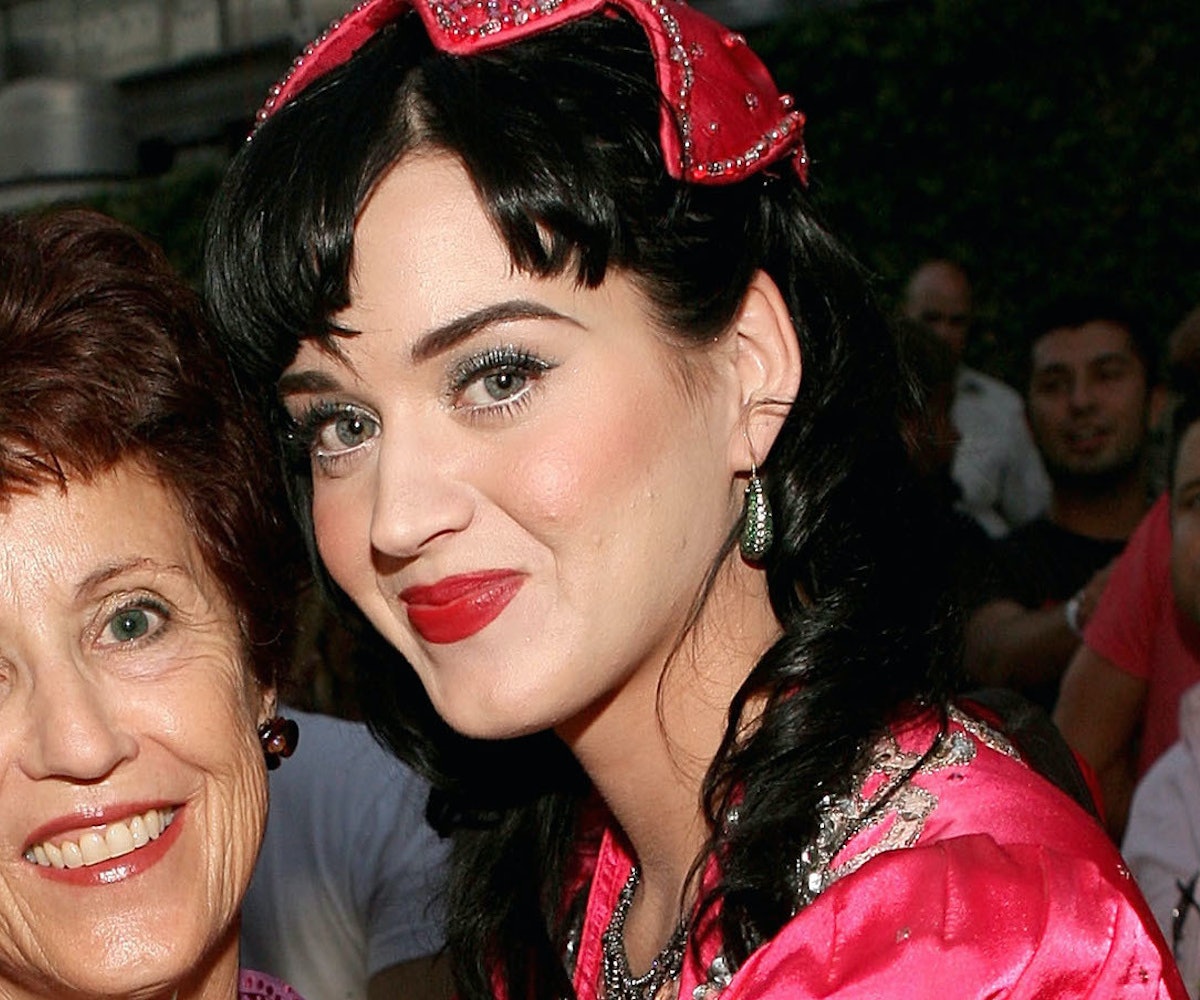 Photo by Jesse Grant/Getty Images
by Sandra Song
May 4, 2018

It's no secret that Katy Perry's evangelical preacher parents don't approve of a lot of things their daughter does. From forcing her to picket Marilyn Manson concerts to sending her to Jesus camps that had her "pray the gay away," they have repeatedly expressed their frustration with Perry. Her father even once reportedly referred to her as a "devil child." That said, a self-help parenting book her mother wrote about dealing with children under "demonic influences" has resurfaced, and the summary alone is pretty wild.

According to The Daily Mail, Mary Hudson originally self-published Joyful Parent = Happy Home in 2015. However, the Hudsons have started republicizing it again now.

"It is difficult to watch your children do things 'their way,' especially when it looks like it is totally the opposite of God's way," the editorial summary reads. "You want to shout, 'Stop!' because you clearly see the danger ahead." The Daily Mail reports that the book also features an "attack" on "leading figures in pop culture, such as her daughter, for their sexually explicit behavior on stage." Hudson also, apparently, wrote that today's teens are facing a "cultural Armageddon," and that "Satan’s visual attack on our youth is relentless."

Perry, who is one of three siblings, has previously spoken about how some of her work has caused a rift between her and her parents. However, she says that they've managed to keep things alright by realizing that "we all come from different places."

"You can have your belief system, nobody is telling you to not believe your beliefs but you can also come from a space of love," Perry said last year in an interview with Australia's Nova Entertainment radio station. "That's what my family and I exercise all the time."