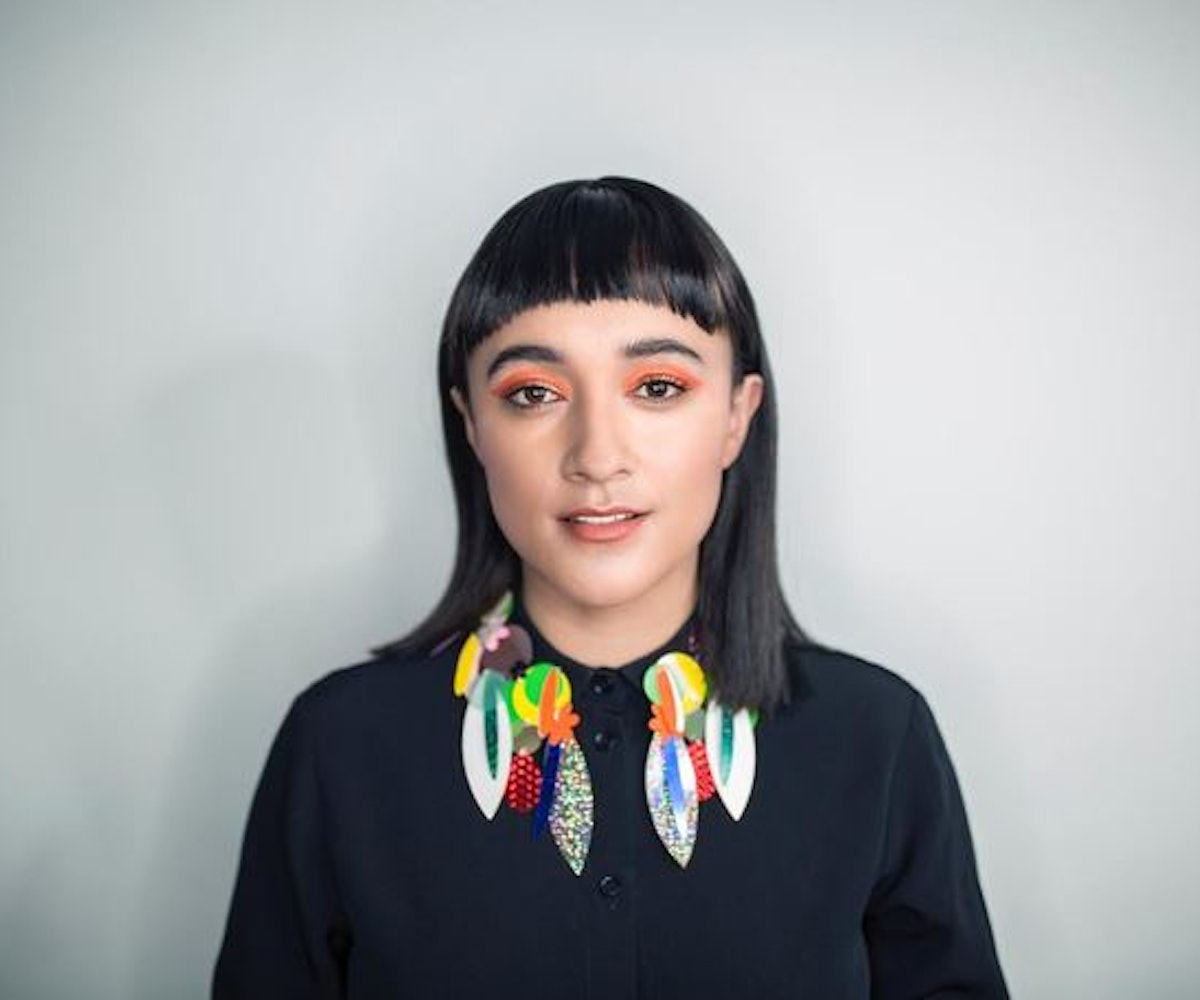 This past week has a been an interesting one for Keisha Castle-Hughes, as her three-season run on Game of Thrones came to a violent end when her character, Obara Sand, was viciously impaled with her own spear by the dastardly Euron Greyjoy. Castle-Hughes said it was “bittersweet” for her, as the role was quite demanding—both physically and mentally.

“Obara is not the most sane person to live with,” Castle-Hughes says. “I remember when I went back this last season, it was like living in that space with someone who's that dead set on one mode, which is kill and be angry—it’s a lot to carry. So there was a sense of relief when I got to the end.”

The 27-year-old actress is grateful, though, for having been a part of such a special show—one of the most well-received all over the world—and how it has afforded her opportunities that she might not otherwise have had.

“It’s not like every day you get to... we shot in the Alcázar in Seville, and they shut it down for us for three days,” she explains. “So it was one of those really dreamy experiences.”

Castle-Hughes is proud that Game of Thrones has “finally” put several women in powerful positions, including the way her fictional female-led family worked collaboratively with other strong women like Yara Greyjoy and Daenerys Targaryen, the Mother of Dragons.

“Most of these women are political figures. They’re lone wolves, they act on their own,” she says. “And so I really loved the contribution that the Sand Snakes were able to offer. As women, we were able to work together and protect each other. Of course, they had their sibling kind of nonsense, but when push comes to shove, you can say whatever you want to your siblings, but god forbid, anyone else says that. That was their case especially.”

Castle-Hughes won’t be missing from television long, though. She’s appearing in the Discovery Channel’s star-studded Manhunt: Unabomber anthology series, premiering today, August 1, as FBI Agent Tabby Milgrim, a composite character based on several women who were working alongside agent Jim Fitzgerald (Sam Worthington) in tracking down the real identity of the man behind the mail bombs that killed three people and injured 23 others between 1978 and 1995.

“What I was attracted to, first and foremost, was that Andrew Sodroski, our writer—it was very clear in really early drafts—had a very strong image of who Tabby Milgrim is as a person, and she's very much her own person,” Castle-Hughes says. “He’d thought about who she was and how she behaved and how she thought. Because in this narrative, in a world of a bunch of agents… often you read this kind of material, and it just feels like there eight male characters written and they had to add a female and they changed the name. And it didn’t feel like that. It felt like Tabby—she didn’t belong in that space, which I was excited about.”

Castle-Hughes says she enjoyed playing a woman in a largely male-dominated field in the early ‘90s and employing a kind of “masculinity” of her own.

“It takes such a specific person to graduate from Quantico. Like, in terms of your level of attendance and your physicality, and that narrows down even more so for females,” she says. “You had to learn how to kind of kick it with the guys. I think that was the nice thing… she can definitely hold her own with the guys, but it’s not in a way where she loses or takes away from her femininity.”

Maintaining Milgrim’s “femininity” was important to Castle-Hughes, who spoke with director Greg Yaitanes about making sure her character had a distinctive duality.

“We see this need to take women’s femininity away in order to make them strong a lot onscreen, which I don’t think is necessary because I know a lot of very sexy women who are really, really strong,” Castle-Hughes says. “So it was like finding that balance for us, which I do think we’ve achieved, which I’m happy about.”

Next up, the Oscar-nominated actress is returning to the big screen for the PTSD-themed drama Thank You For Your Service. Castle-Hughes stars alongside Miles Teller, Haley Bennett, Amy Schumer, and fellow Kiwi Beulah Koale as Alea, a character who is based on a real woman who helped her American Samoan husband, Solo, recover from the horrors of the Iraq war after he returns home to his family from the army.

“They got married when they were really young,” Castle-Hughes says. “And all these women, this is the thing—they get married when they’re 20, and their husbands go away, and they come back as different people than who the women fell in love with. And the men are really angry and have a lot of issues going on, but they’ve been, like, stripped down and deconstructed as people to not deal with that stuff—to not even acknowledge it as a real problem. Alea was just this incredible pillar of strength who carried Solo through—they had a family, and that became paramount in him getting well."

But Castle-Hughes is careful to say that the role of wife and mom is not one she’s looking to play over and over again.

“When you’re [an actor] in your early 20s and late teens, there’s a very strong story thread of women coming into their sexuality onscreen. And then all of a sudden, they get transitioned into being a mom. There doesn’t feel like there’s a lot of stuff in between," Castle-Hughes says. "So I definitely make it my personal mission to seek out roles that somehow are fleshed-out people that we see in the world—women that I know, women that I want to be, women that actually exist versus these kind of sketched character versions of them.”

Castle-Hughes has been lucky in that she’s been able to find parts that don’t fall into that one-note category. Last year, she played lesbian sound engineer Donna in Showtime’s short-lived, music-themed series, Roadies, alongside co-stars like Luke Wilson, Carla Gugino, and Imogen Poots, a cast she referred to as a “really dreamy group of people.”

“There were such close parallels to myself and Donna,” Castle-Hughes explains, “but I think it was because the environment we were in, and lot of us were close and really good friends, and so it’s easy to take more from yourself when you’re hanging out with your friends every day and having a laugh.”

The lighter subject matter helped, something Castle-Hughes is looking to employ in her next few comedy-focused projects after a few years of heavy material. But no matter what work she’s doing, many of her projects seem to be variations on a theme, one that her friend and former Roadies castmate Colson Baker pointed out to her; one Obara Sand and Tabby Milgrim surely fall into.

“[He] says that he thinks the common thread in all the characters I play is they’re all different versions of a bitch,” Castle-Hughes says with a laugh. “He’s like, 'Hold on—I’ve seen this. You’re just telling people to screw themselves in different ways in different accents.’ I’m like, ‘Hey, I’ll take it. I’m all about it. It’s not a bad thing at all.’”