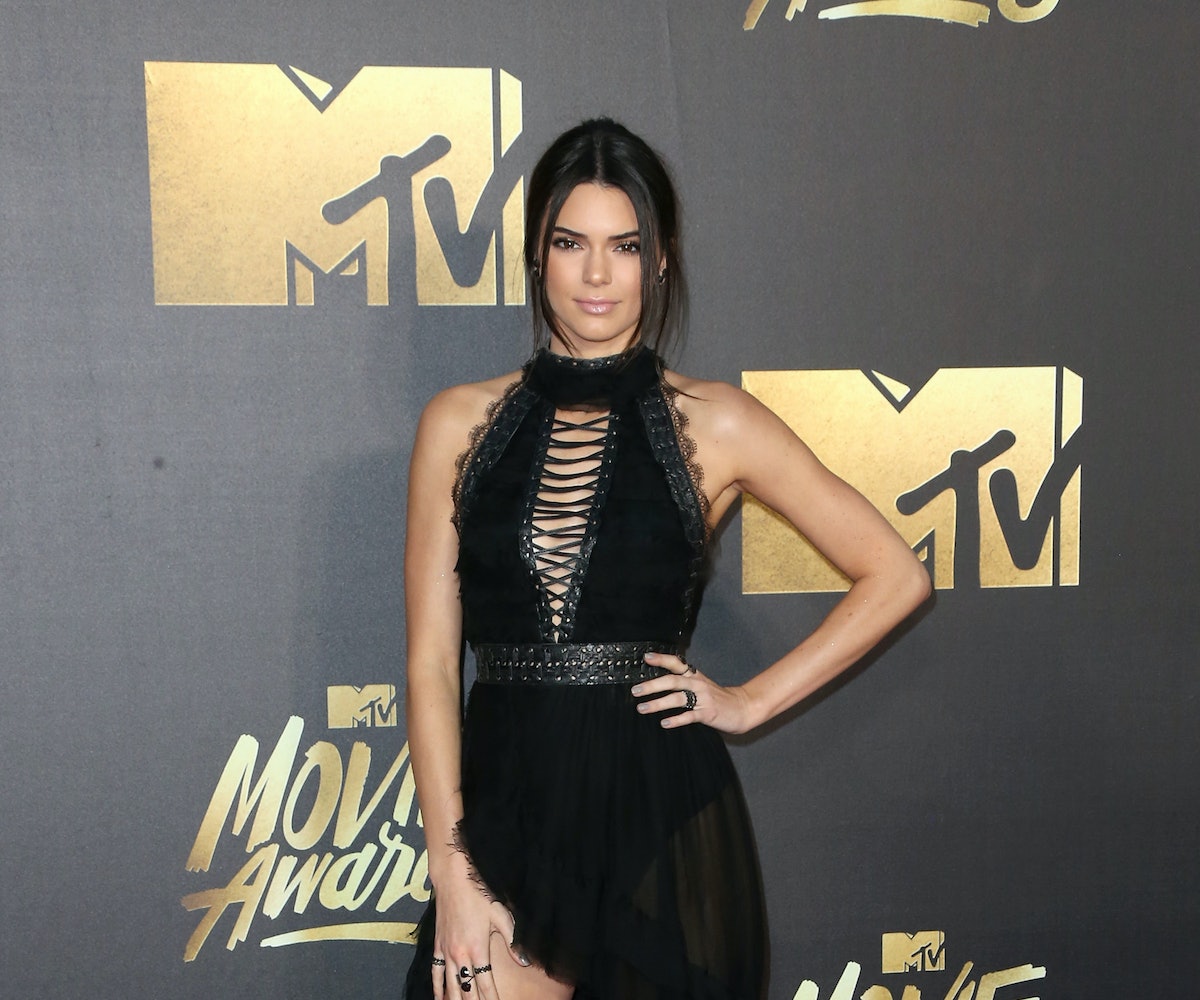 There are boots, there are gladiator sandals, and then there are magical, breathtaking works of art you wear on your feet. Kendall Jenner naturally chose the latter to wear to the MTV Movie Awards, and if you ever complained about lacing up boots, you can bite your tongue from now on. To wear such works of art naturally requires some extra assistance, and Jenner needed not one, but two assistants to lace up the DSquared2 boots (yes, we're maintaining they're boots) with an arc that literally has her on tiptoe.

The rest of her outfit was sleek and played off the shoes, with a Balmain dress featuring front lacing and scalloped edging, and, natch, a front high-cut enough to show off the entirety of those strappy, stiletto things of beauty that we assume were attached to her feet until two more assistants helped her get them off at the end of the night.

These shoes make us ponder so many things. What exactly do we call them? What godly force holds up those straps all night? Also, perhaps most importantly, will Kylie will be lucky enough to get this to die for leg gear as a cast-off from her sis, as opposed to the, um, dirty undies she claims to have received in the past?