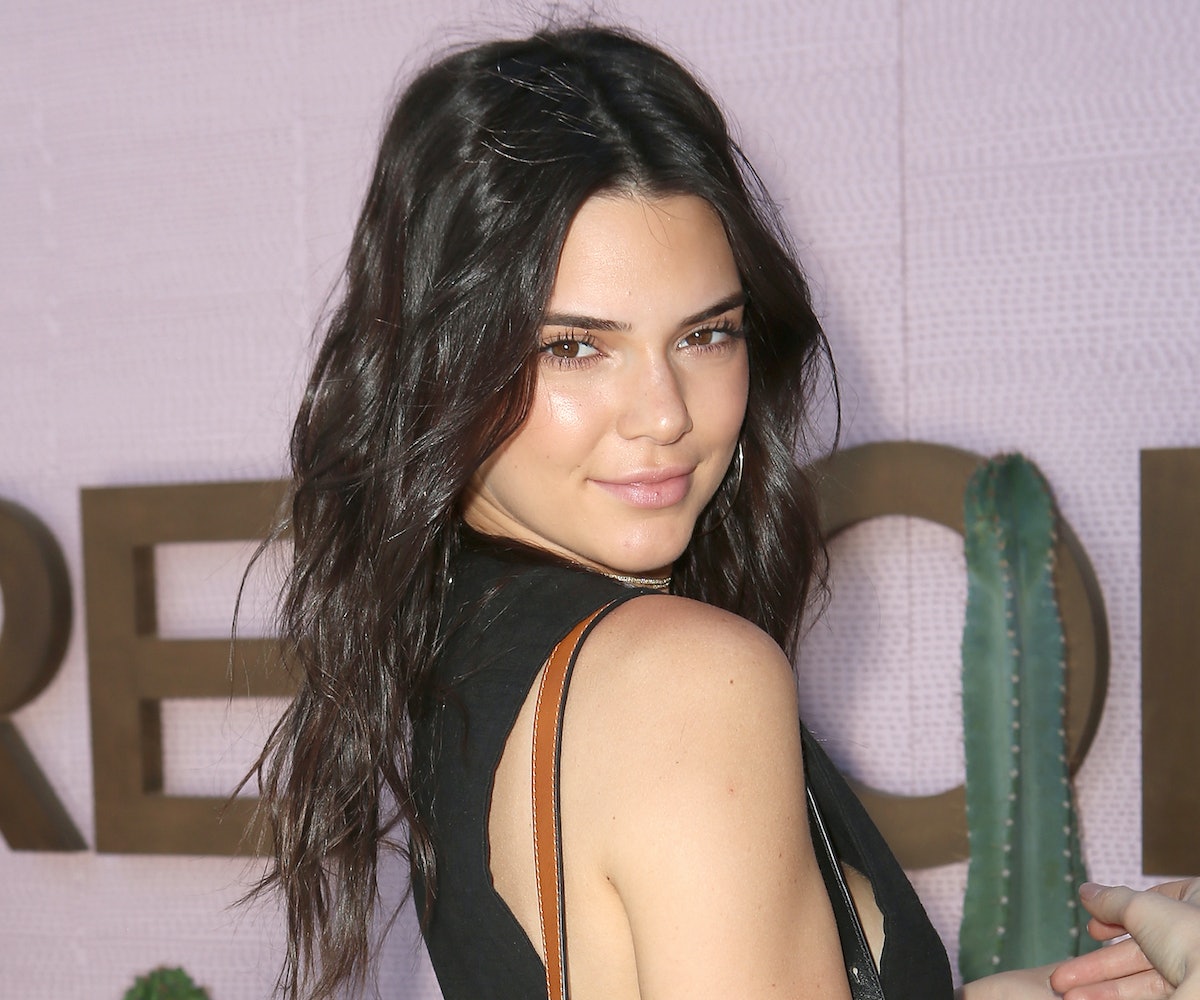 No matter which way you look at it, Kendall Jenner nailed Coachella this year. On top of being a general festival-fashion queen, she also managed to post the most-liked Instagram pic of the first weekend. But that was certainly not the best of it. The greatest social media-documented moment she gave us is probably the video the model made with rumored boyfriend Jordan Clarkson. (It's also what appeared to bring the biggest smile to her face.)

Filmed and posted to Snapchat by Cami Morrone, the video shows the 6'4" basketball player jumping over and clearing the 5'10" Jenner. And while Clarkson's athletic skills are very impressive, unless you're a professional basketball player, you probably shouldn't try this at home. Although we must say, it is certainly one way to sweep a girl off her feet. And according to People, stunts like this are working. "They keep things low-key when they're in public, but in private they're very much together and affectionate," a source told the publication.