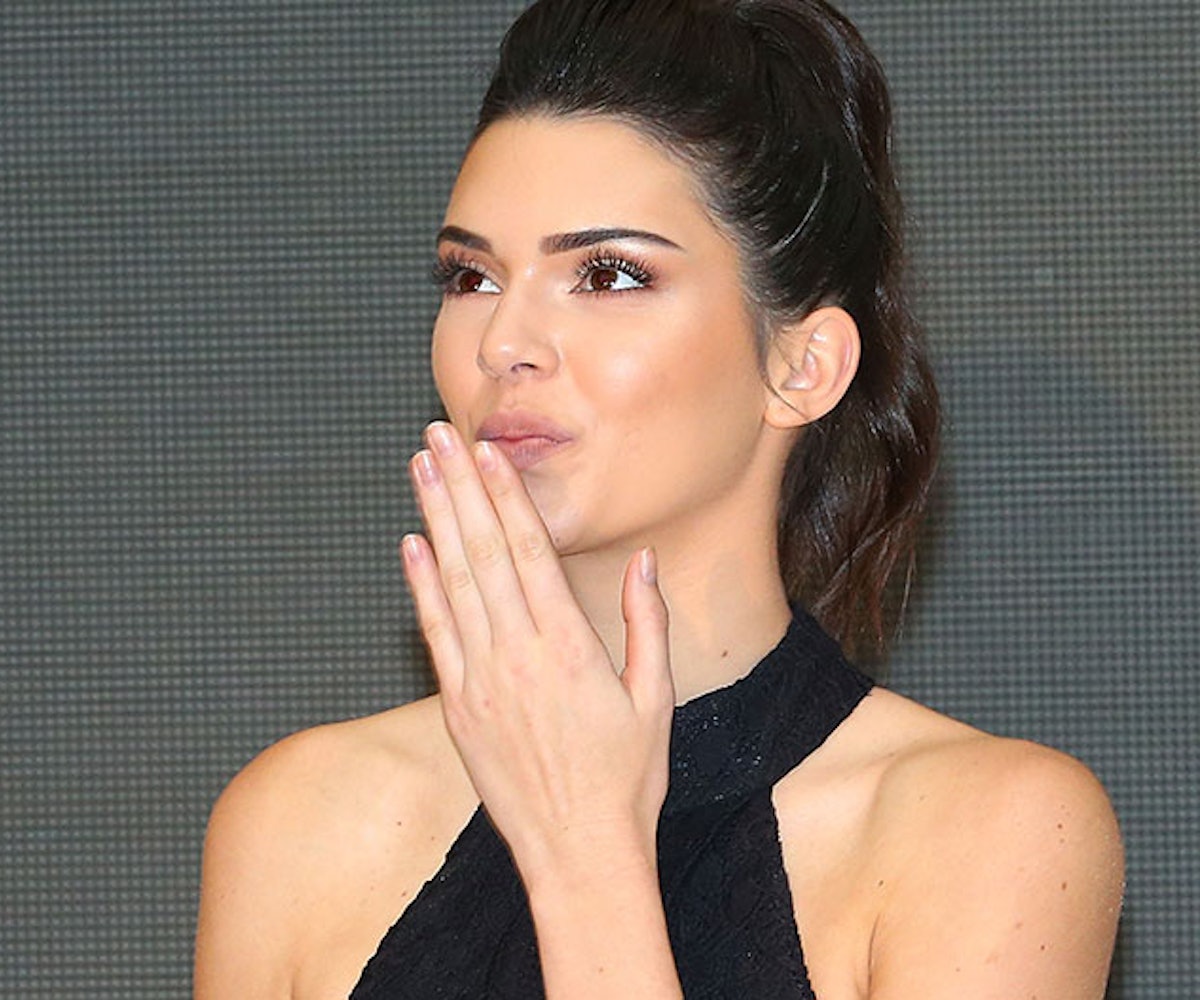 For the average human, first kiss stories are most usually unremarkable, awkward, or squeamish, but when you're a member of the Kardashian/Jenner clan, everything is a little more dramatic—so of course Kendall Jenner's first kiss history is something that is bound to captivate.

Jenner recently shared the story of her first smooch on her app, where she detailed the cute, innocent Truth or Dare game:

"It happened in a shower. I know that sounds crazy, but it wasn't what you'd think. I was with one of my friends from elementary school, Jessica—this was probably fifth grade. The kiss was with a kid I had THE biggest crush on—shout out to Chad Wilcox! I crushed on him for so long. I was obsessed. Jessica actually did, too, haha.

So, we were like, 'Let's invite him over to hang out.' We were at my mom's house and played Truth or Dare—of course, the point of that was to kiss each other. Kylie was so nosy, so we kept going to secret places like the trampoline....We ended up in my bathroom because it was the only room with a lock! Finally, we got to the Truth or Dare kissing. Jessica and I didn't want to do it in front of each other so Chad and I went in the shower behind the curtain. And that's how the magic of my first kiss went down! ;)"

True, Jenner's use of the wink face emoji and suspense may be what make this story so enticing, but after doing some digging, TMZ discovered that the model left out some interesting backstory. Chad Wilcox is actually the son of Larry Wilcox, an actor who starred in the 1977-1983 crime drama, CHiPs—a show that Caitlyn Jenner, then Bruce, appeared on for six episodes. Who knows if these former co-workers knew their kids were seriously crushing on one another?

As one of the more elusive members of the famous family, Jenner's first kiss story does give her fans a more inside scoop to her life, but it also turn the spotlight on someone else. It's hard to say how Wilcox will feel about his newfound 15-minutes of fame, but having the world know that your first kiss was with a now-supermodel/reality star could be a good thing to bolster your social status. After all, the college student told TMZ that he's currently single. Want to re-kindle on old flame, Kendall?