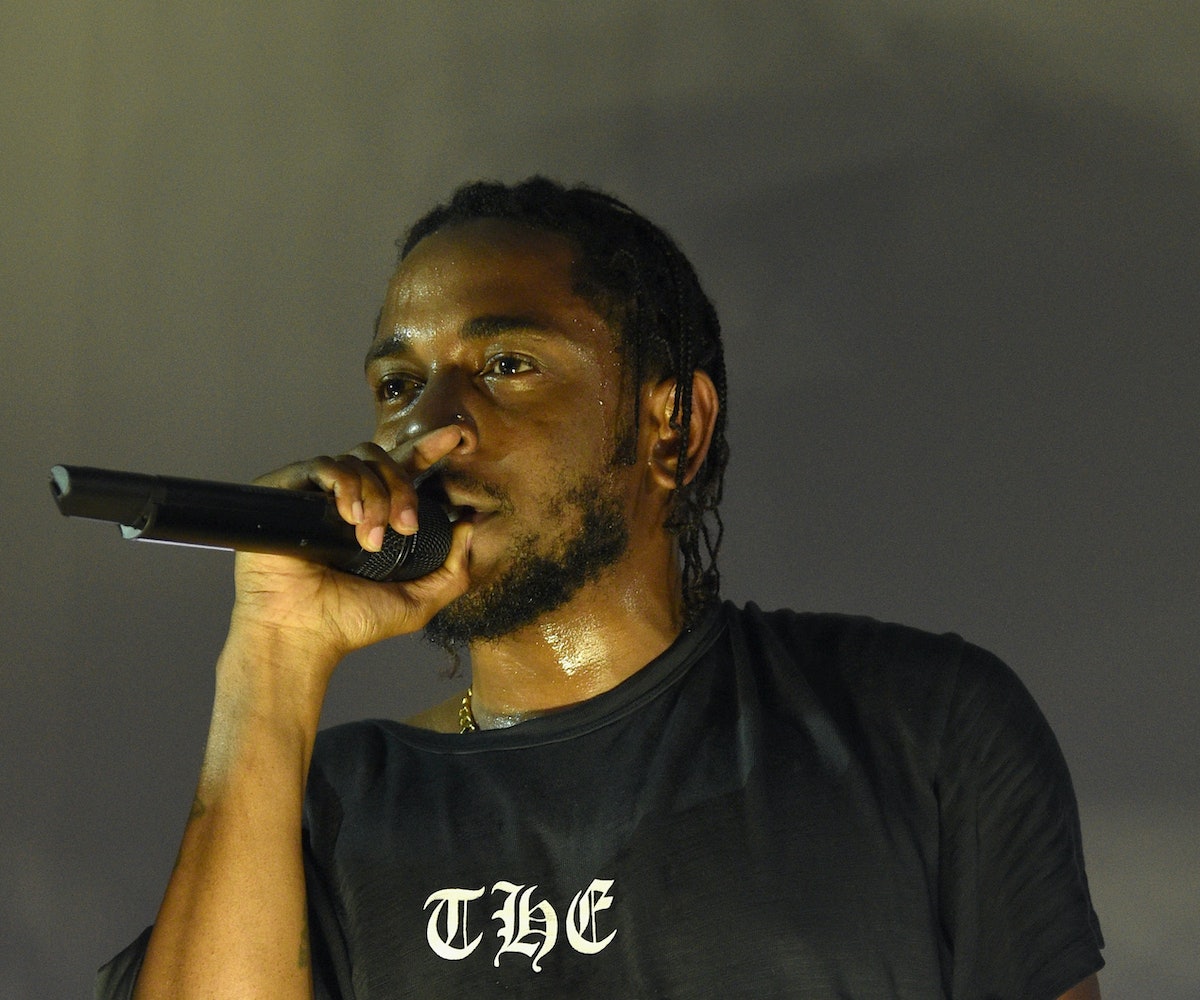 A few weeks ago, Kendrick Lamar deleted his entire Instagram account and a posted an image of the Roman numeral IV. Speculation began that this was his way of telling us new music—specifically his fourth album—was imminent. The stark, grandiose imagery signified that King Kendrick was taking his moniker literally, and that his new direction would be imposing and maybe even majestic. It turns out it was something of a misdirect. That IV was a reference to a song that dropped the following day, “The Heart Part 4,” a song that is not even on Lamar’s actual upcoming album, which first appeared as a pre-order on Apple Music earlier this month. At the time, it was simply called ALBUM, and the release date was listed as April 14.

Since that’s just three days away, Lamar took the logical next step, and this morning released the title, artwork, and track list for the album. It’s called DAMN., and the lo-fi album cover is a simple picture of Lamar in a white T-shirt peering up from under heavy-lidded eyes. On the back of the album is another picture of Lamar along with the track list, which most notably features a collaboration with Rihanna on the song “Loyalty”and a team-up with U2 on the song “XXX,” which, titularly anyway, sounds more like a Rihanna song than “Loyalty,” and vice versa. The news comes as “Humble,” the first official single off DAMN., debuted at number two on the Billboard chart, the highest rap single to do so since Eminem’s “Love the Way You Lie,” which also featured Rihanna. Check out the album art and track list below.