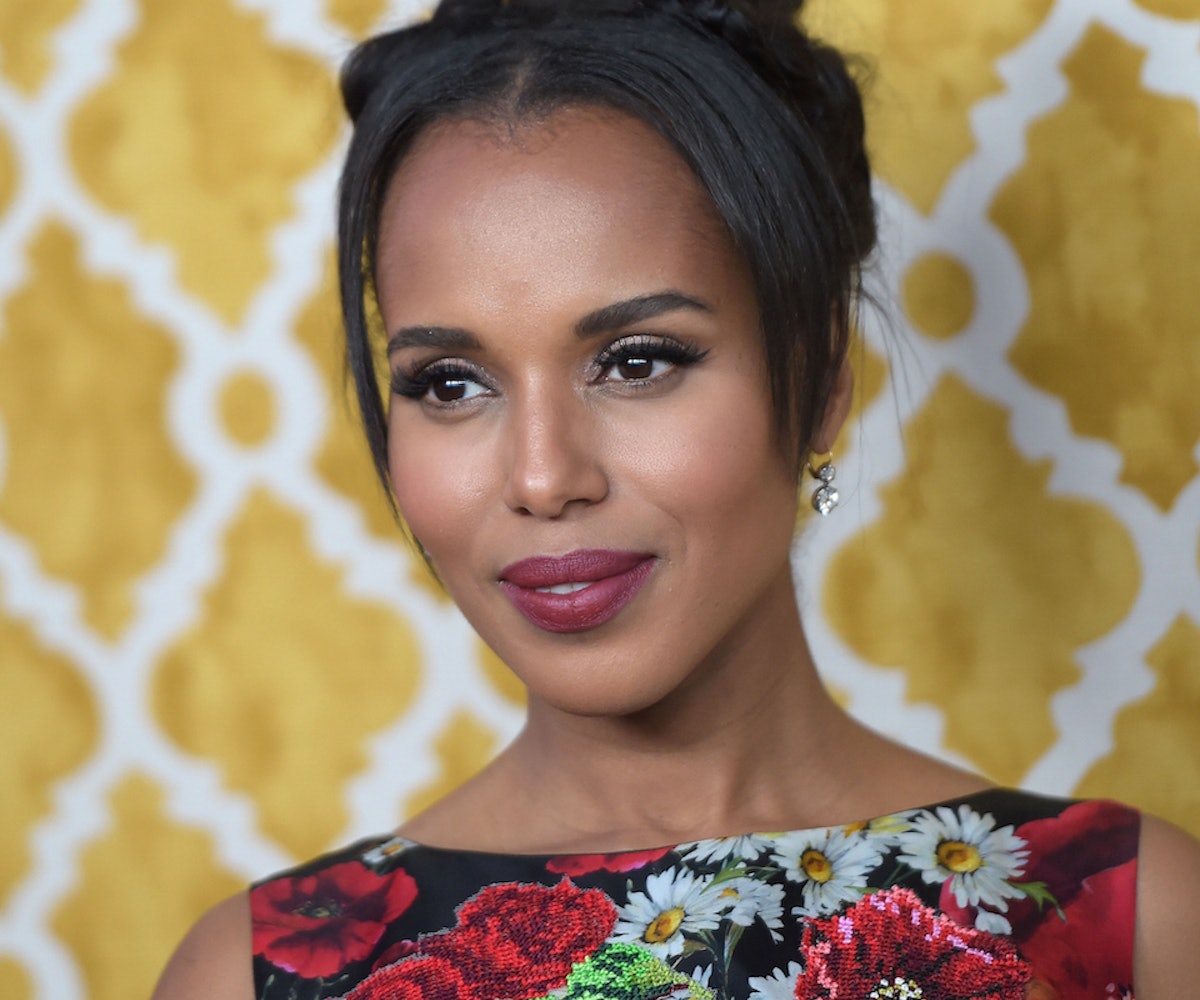 Another week, another case of Photoshopping gone wild. This time, as you may have already heard, the image in question is on the cover of Adweek and the transformed face is that of Scandal star and general treasure Kerry Washington. Oh, and if you think she’s almost unrecognizable in the image above, wait until you hear what Washington herself had to say.

Yes, the cover has already collected a lot of online criticism. Some of it focuses on the various filters and color casts which led some to see it as a case of whitewashing. Others felt that the photo department just went generally wild, morphing her into a different person because just look at it. Yeah. Intense, right?

Now, because she’s a top drawer class act, Washington addressed the whole matter with grace and tact. Of course, addressing things with grace and tact has the odd effect of making any criticisms all the more rough. Just witness what she said in an Instagram post:

I love ADWEEK. It's a publication I appreciate. And learn from. I've long followed them on Twitter. And when they invited me to do a cover, I was excited and thrilled. And the truth is, I'm still excited. I'm proud of the article. And I like some of the inside images a great deal. But, I have to be honest...I was taken aback by the cover.

Look, I'm no stranger to Photoshopping. It happens a lot. In a way, we have become a society of picture adjusters - who doesn't love a filter?!? And I don't always take these adjustments to task but I have had the opportunity to address the impact of my altered image in the past and I think it's a valuable conversation.

Yesterday, however, I just felt weary. It felt strange to look at a picture of myself that is so different from what I look like when I look in the mirror. It's an unfortunate feeling.

That being said. You all have been very kind and supportive. Also, as I've said, I'm very proud of the article.

Woof. Gracious and cutting. Love it.

There are a few things we discussed in the interview that were left out. Things that are important to me (like: the importance of strong professional support and my awesome professional team) and I've been thinking about how to discuss those things with anyone who is interested, in an alternate forum. But until then...Grab this week's ADWEEK. Read it. I hope you enjoy it. And thank you for being patient with me while I figured out how to post this in a way that felt both celebratory and honest.

Again, does it get better than this? No, it doesn’t. Let this be a lesson: Next time you find yourself Photoshopped beyond recognition, turn to this post by Washington for pointers on your response.

NEXT UP
Culture
Kim Petras Defends Working with Dr. Luke (Again) As Kesha Trial Approaches
Entertainment
Red Velvet's "On A Ride" & 9 Other New Songs Out This Week
Sale
These Cyber Monday Deals On Amazon Are SO Freaking Cheap
Beauty
Jenna Ortega As Wednesday Addams is Serious Soft Goth Beauty Inspo