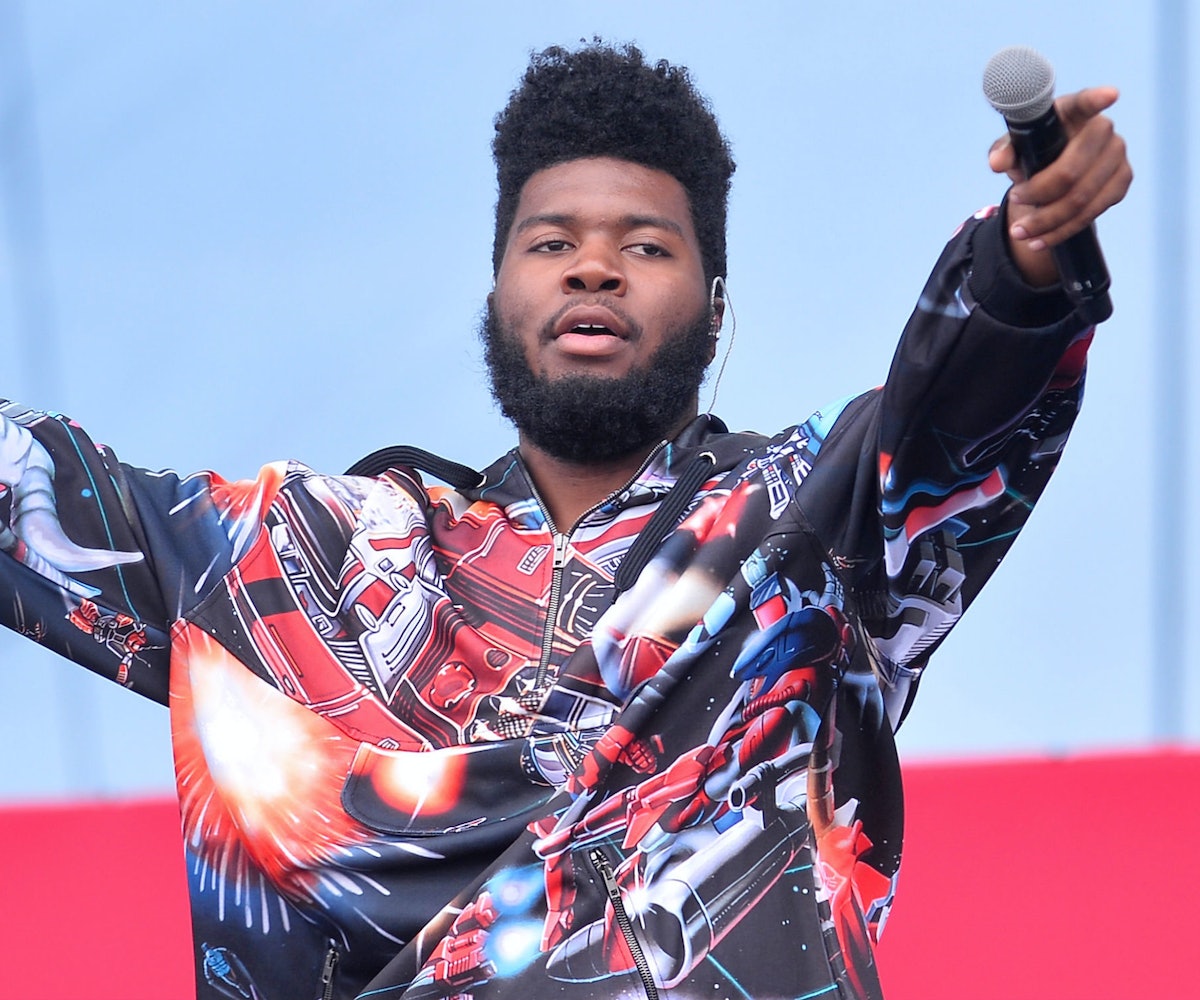 American teen Khalid took the time to meet some fans Sunday night, only to be allegedly groped by one.

“Lol I go to talk to a fan and she grabs my ass, how fuckin old are we??” he wrote about the incident on Twitter late last night. When Harry Styles was groped during a performance back in October, Khalid told TMZ that he thought it was inappropriate and disrespectful. His feelings on the matter have remained the same. “I love interacting and talking to fans but I also love respecting others so don’t disrespect me when I’m being nice,” he writes.

After the fan allegedly got handsy, Khalid says he ignored it and left. “I don’t like showing anger in front of anyone,” he wrote. “Sexual assault/harassment happens on both ends…it’s unacceptable.” But, he felt like he needed to share his story because “it can happen to anybody!” He added this morning that he doesn’t want someone who he doesn't know grabbing him. It’s as simple as that.

Despite the fan's inappropriate behavior, Khalid assures everyone that “one shitty person” isn’t going to keep him away from anybody.

And here’s a friendly reminder for fans everywhere: Just because a person is in the public eye, doesn’t make you entitled to their body. Consent is necessary in every situation.