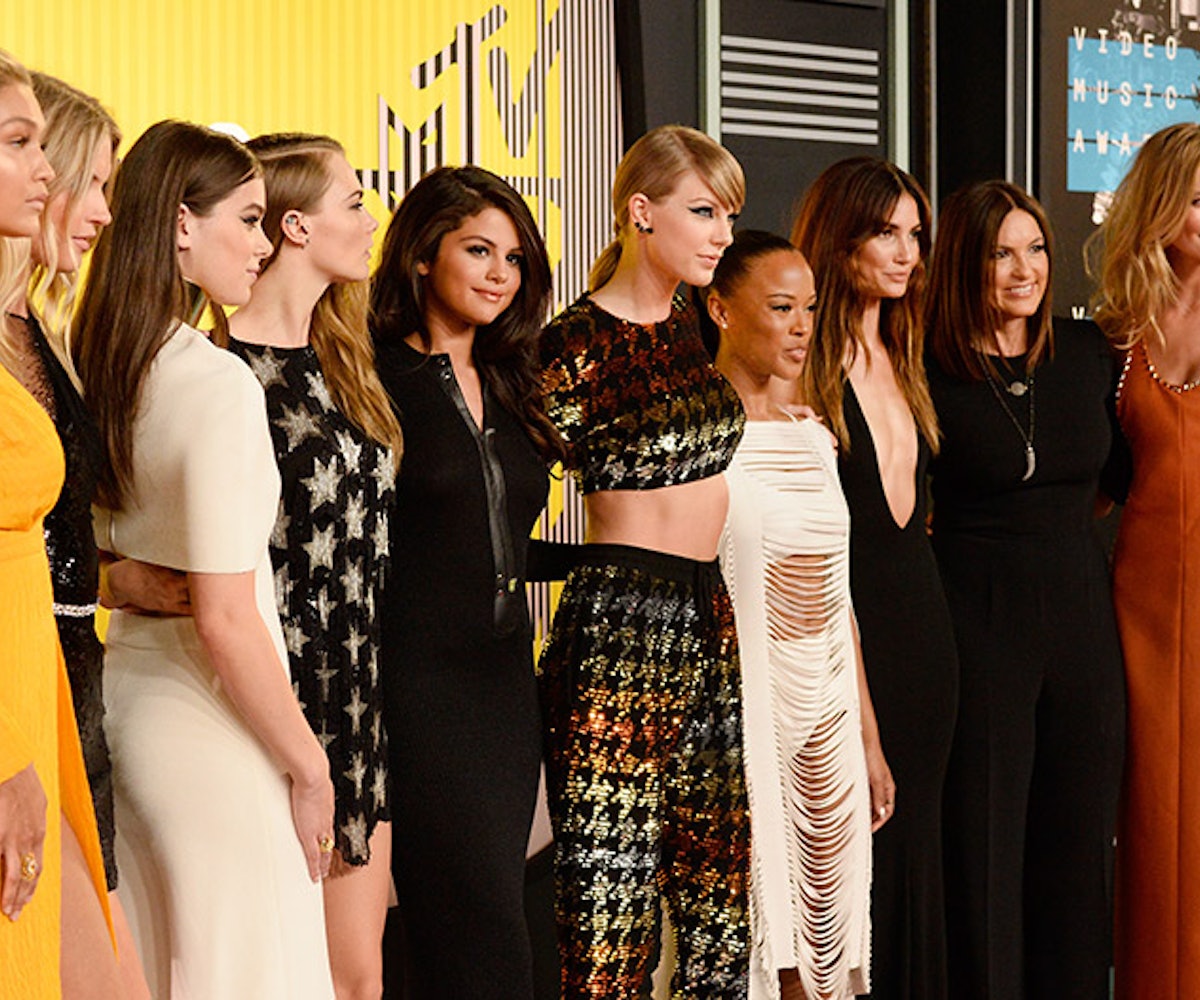 Kim Kardashian West has had enough of people making her husband look bad. She has zero what's to give anymore and, if Twitter is to be believed, is exposing those who may or may not twist the media's perception of certain situations. Enough with the coded language, though. Anyone who woke up with access to the internet today knows this is about Kim Kardashian West uploading the alleged video of Kanye West's alleged phone call with Taylor Swift that allegedly confirms she approved of the infamous "Famous" lyric. Now, following Swift's statement on the matter, the squad is standing with—well, tweeting out—their support and messages of "love."

Selena Gomez was first to share her thoughts. "There are more important things to talk about," she tweeted. "Why can't people use their voice for something that fucking matters?" She continued to talk about hate being the last thing we need right now and how "disappointing" the industry is. Though, she did touch on the paradox of it, too, citing how "influential" it is. One Twitter user asked her why she and Swift haven't tweeted about "important things," like the Black Lives Matter movement. She responded saying, "if I hashtag something I save lives? No — I could give two fucks about 'sides.'" The tweet has since been deleted.

Meanwhile, Chloë Grace Moretz chimed in, saying, "Everyone in this industry needs to get their heads out of a hole and look around to realize what's ACTUALLY happening in the REAL world." Another Khloé, the Kardashian one, replied to Moretz's tweet with a vulgar response that did nothing beneficial but give internet trolls something to spam. The real question here is why are Swift's squad members, like Martha Hunt, asking Swift's audience to focus on more important things when none of them have actually added their voices to important issues, like the Black Lives Matter movement? Of course, defending your friend and showing support is the right thing to do. However, this dirty laundry has been laid out to dry and, well, like Gomez said, "This industry is so disappointing yet the most influential smh." SMH, indeed.