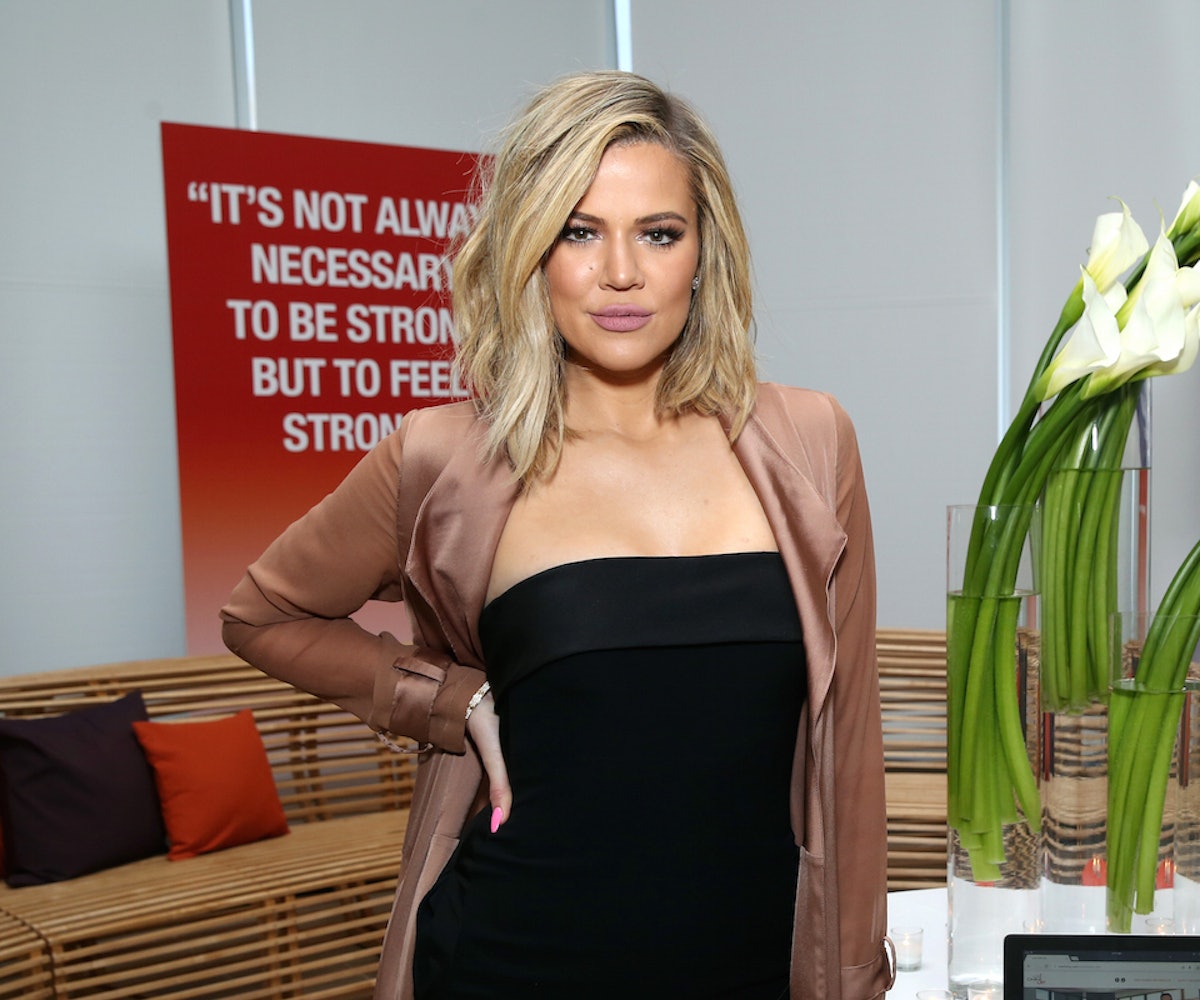 Yes, Kardashian took to Twitter—her favorite medium—to not only jump up and down with joy over the fact that she covers the body-positive fitness magazine, but also to call out the editors for letting her down. Watch as she swings back and forth, below.

So, again, she’s ecstatic about being the cover star but is none too pleased over the photo selection. It’s understandable that she might have doubts or maybe favored another shot. To be honest, though, not only does she look good here in a very toned-down one-piece, but the visual is 100 percent in keeping with the aesthetic of Shape magazine.

In any case, it’s clear that she’s grateful overall, and she should be. Not only is it a totally welcome, more natural look at Kardashian, it’s also great publicity for her upcoming series Revenge Body, a fitness makeover show. Funny how she’s gone from slamming cocktails on television to defining her triceps on television. If only there were a way to combine the two into one perfect show.