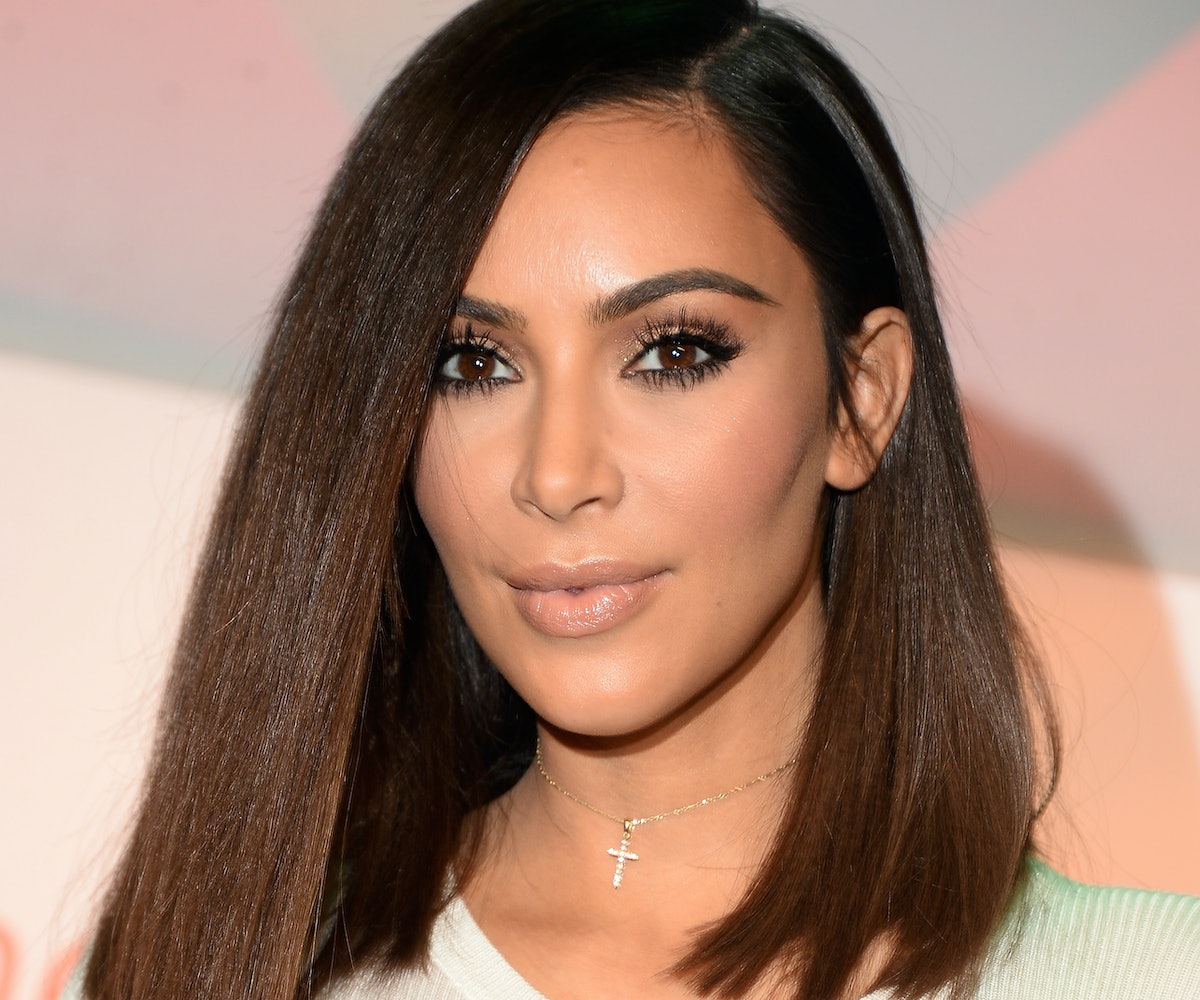 Earlier this week, Lena Dunham interviewed model Gigi Hadid about being attacked in Milan by Ukranian prankster-slash-despicable-human, Vitalii Sediuk. Today, Sediuk made Kim Kardashian the butt of his latest, not funny at all, joke.

A video uploaded by Mario Dedivanovic, Kim’s long-standing makeup artist, shows the reality star being surrounded by paparazzi after exiting her car. Moments after stepping onto the sidewalk, a guy in a questionable fedora runs up to her, bends down, and proceeds to, literally, kiss Kim’s ass. Unlike Hadid’s unfortunate situation, Kim’s security quickly rushed in to reprimand Sediuk. (As Kim later tweeted, Pascal is the realest out.)

This is just one of a number of incidents Sediuk has involved himself in. In a recent interview with The Hollywood Reporter, he talked about the motivation behind his antics, stating: “By doing this, I encourage the fashion industry to put true talents on the runway and Vogue covers instead of well-connected cute girls from Instagram," he said. "You can call it a manifest or a protest. This is also a wake-up call for Anna Wintour, who turned Vogue into a tabloid by putting Kardashians and other similar celebrities on a cover of a well respected magazine."

He also explained the reasoning behind kissing Kim's butt on his Instagram, stating: "I was protesting Kim for using fake butt implants. I encourage her and the rest of the Kardashian clan to popularise natural beauty among teenage girls who follow and defenf them blindly."

We’re sure there’s a better way to get your message across that doesn’t involve assaulting women. Maybe try writing a strongly worded email, op-ed, or even a tweet. Just keep your hands to yourself next time.