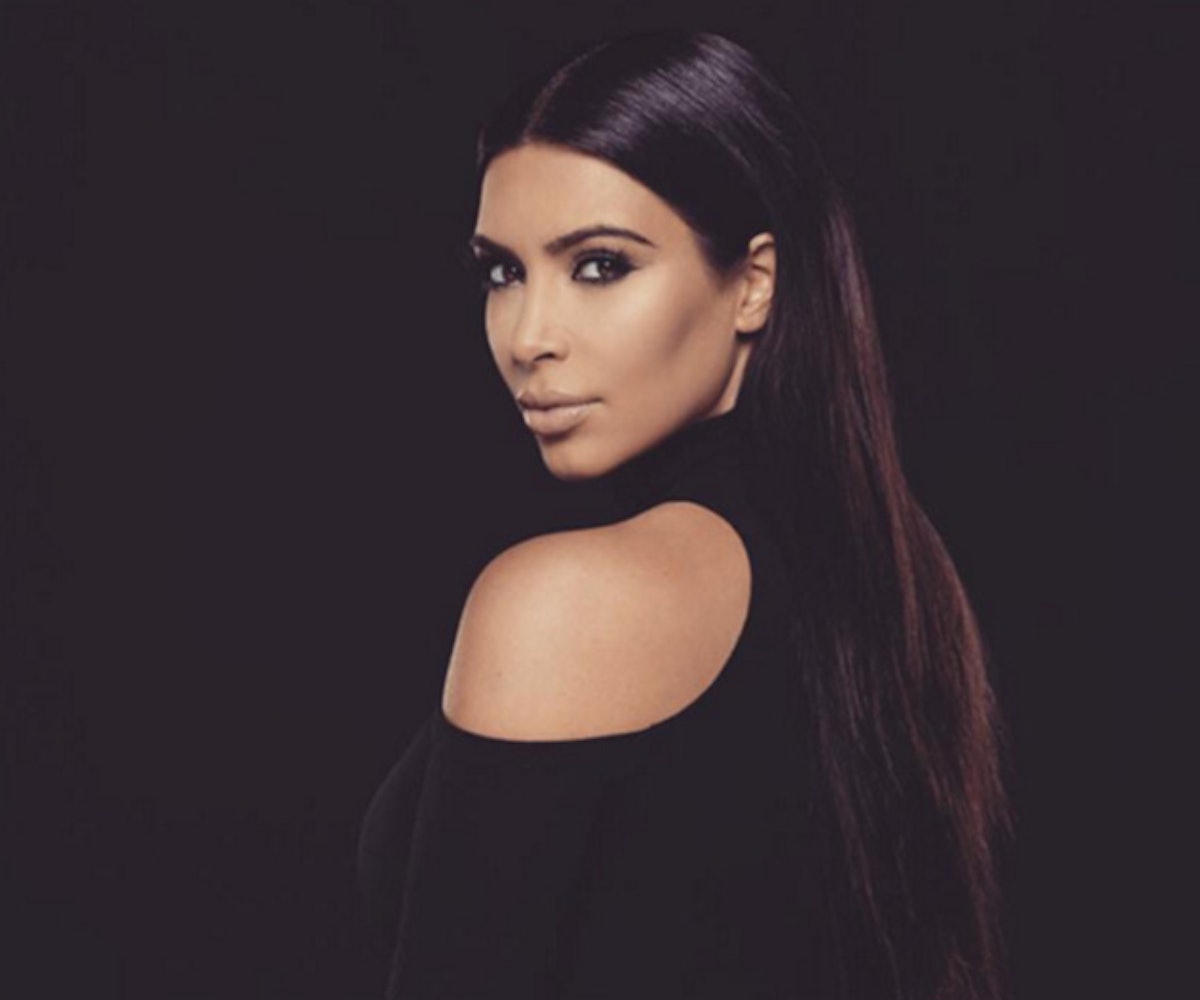 Just when you thought your emoji game could use a little more booty, Kim Kardashian West pops, locks, and drops a line of 'em. And yes, thirsty texter, there is booty galore.

The new app, launching at some undisclosed time today, December 21, is called Kimoji...because of kourse. It has everything: her butt, her white swimsuit belfie, obscured breasts, a Bentley, a waist trainer, and pregnant Kim. Hell, she’s even gone and added a peach with dripping cream on it because sexting words takes too much time and effort. Send that Kimoji plus, say, the three women doing a handstand and the confusing emoji version of Hokusai’s “The Great Wave at Kanagawa” and you’re in for one hell of a Netflix and chill night. One of the best Kimojis, though, has to be the Kim’s Crying Face Kimoji. Nothing says “I rule” quite like owning a meme previously used to troll you on the Internet. That—and having your own line of emojis.

Keep an eye out for the official release. At the time of publishing, the app still hasn’t launched, but when it does, you know it's going to be, like one of her Kimojis says, “lit.”