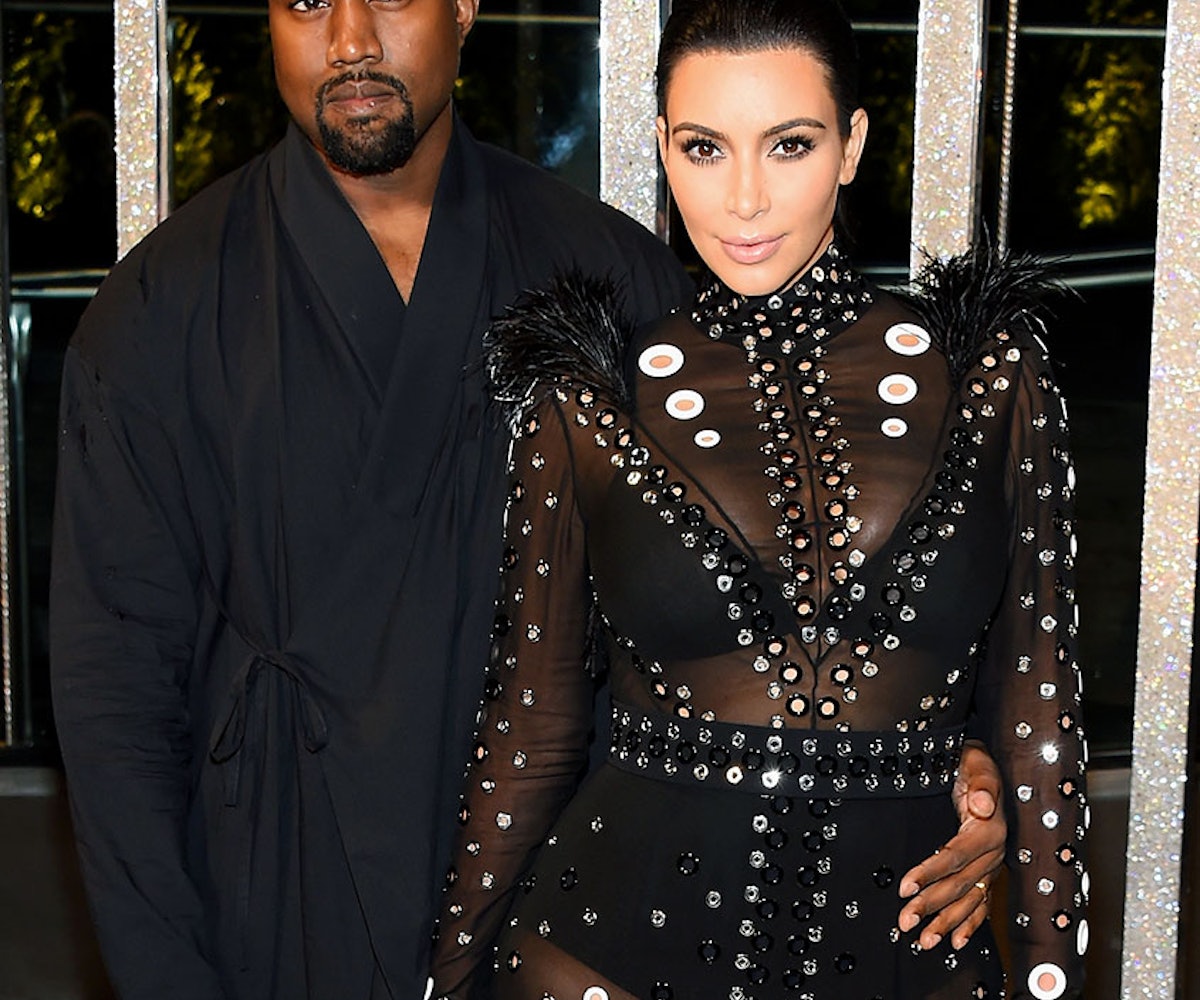 Now carrying her second child, Kim Kardashian is defying all laws of human nature: physical (latex and skin-tight dresses make up the majority of her "maternity" wardrobe), mental (it seems as if she can withstand the wrath of the entire internet), and the metaphysical (seriously, doesn't it always seem like she's in 10 places at once?). But one thing she can't escape, it seems, is her want to name things after directions.

As The Daily Mail reports, despite denying that they would refrain from making compass-oriented references in her second child's name, Kim and Kanye West are planning on naming their son Easton. "No doubt monogrammed baby bibs are being hand-sewn as we speak," a source told the publication. "Mason is already calling his auntie's tummy Easton."

We can't say whether Easton is locked into place—or even an option at all—since there's not a lot to be said for "sources" and "friends close to the family" who decide to sell private information to publications, but we will say that it is a cool name. One that would be great to call when sitting near that petrified Rick Owens table.