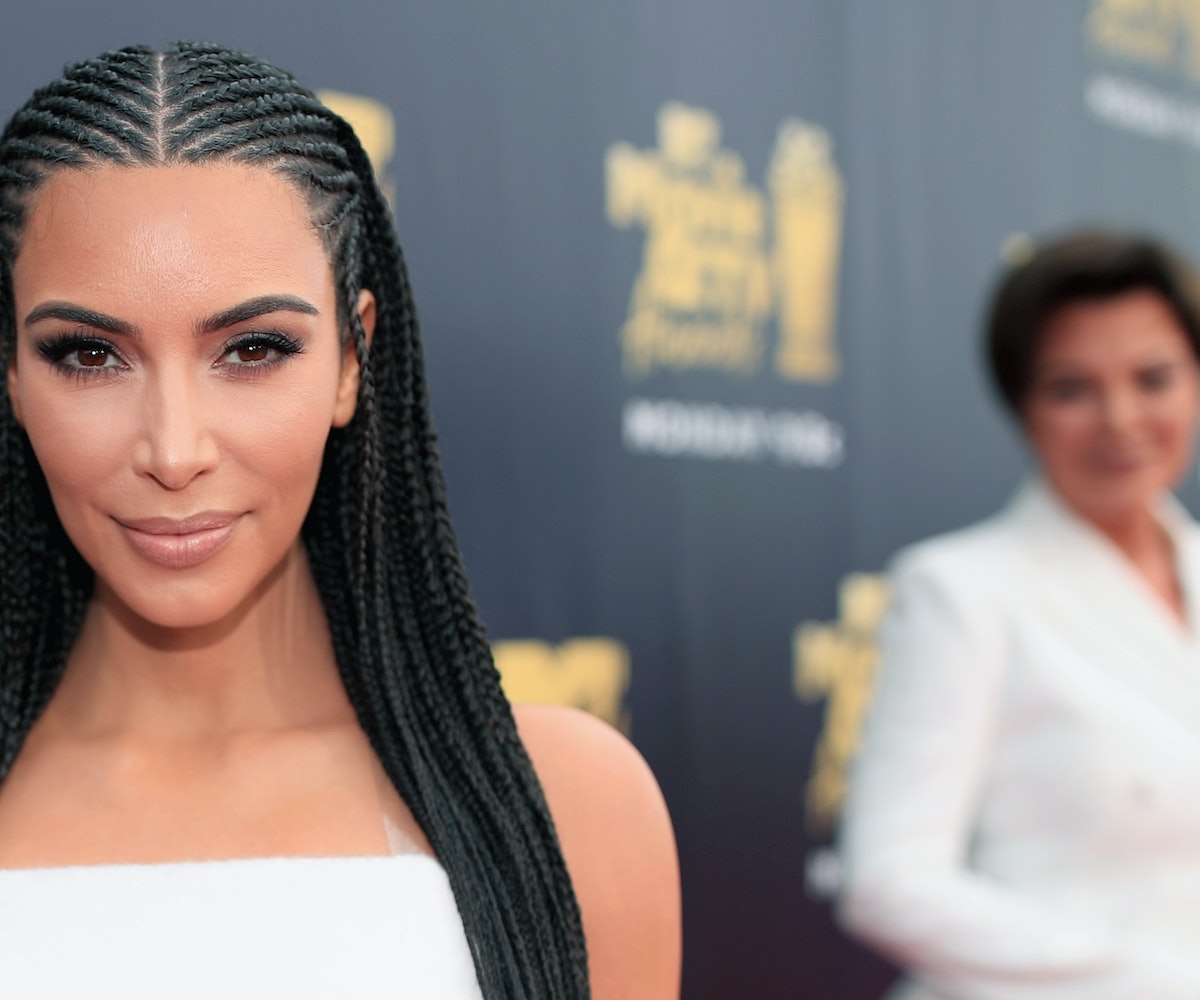 Kim Kardashian is being called out for wearing a culturally-appropriative hairstyle—again.

On Saturday, Kardashian attended the filming for the MTV Movie & TV Awards. After she debuted her long braids, the internet was quick to call her out for cultural appropriation, by writing things like, "It’s not cute to appropriate my culture. your privilege is really showing."

This isn't the first time Kardashian has courted controversy with this particular hairstyle. Back in January, Kardashian was called out after she posted her Fulani braids on Snapchat. Even worse, she dubbed them "Bo Derek braids," even though the look existed in African and African-American communities far before Derek wore them in her 1979 film 10. Kardashian responded at the time by posting another photo of her braids with the caption: "Hi, can I get zero fucks please, thanks."

Kardashian has yet to address the criticism of her most recent look. However, there's also now speculation that Kardashian chose to resurface the controversy on purpose. As InStyle noted, some speculated that she wore the braids in order "to take black people’s attention off Beyoncé," who surprise-released a joint album with Jay Z earlier that day. Others theorized that she chose the hairstyle in homage to Beyoncé's "Formation" style. And while it's hard to assign any definitive motivation to Kardashian, as some commenters noticed, "It’s happened too many times to be a mere coincidence." Check out some of the reactions, below.