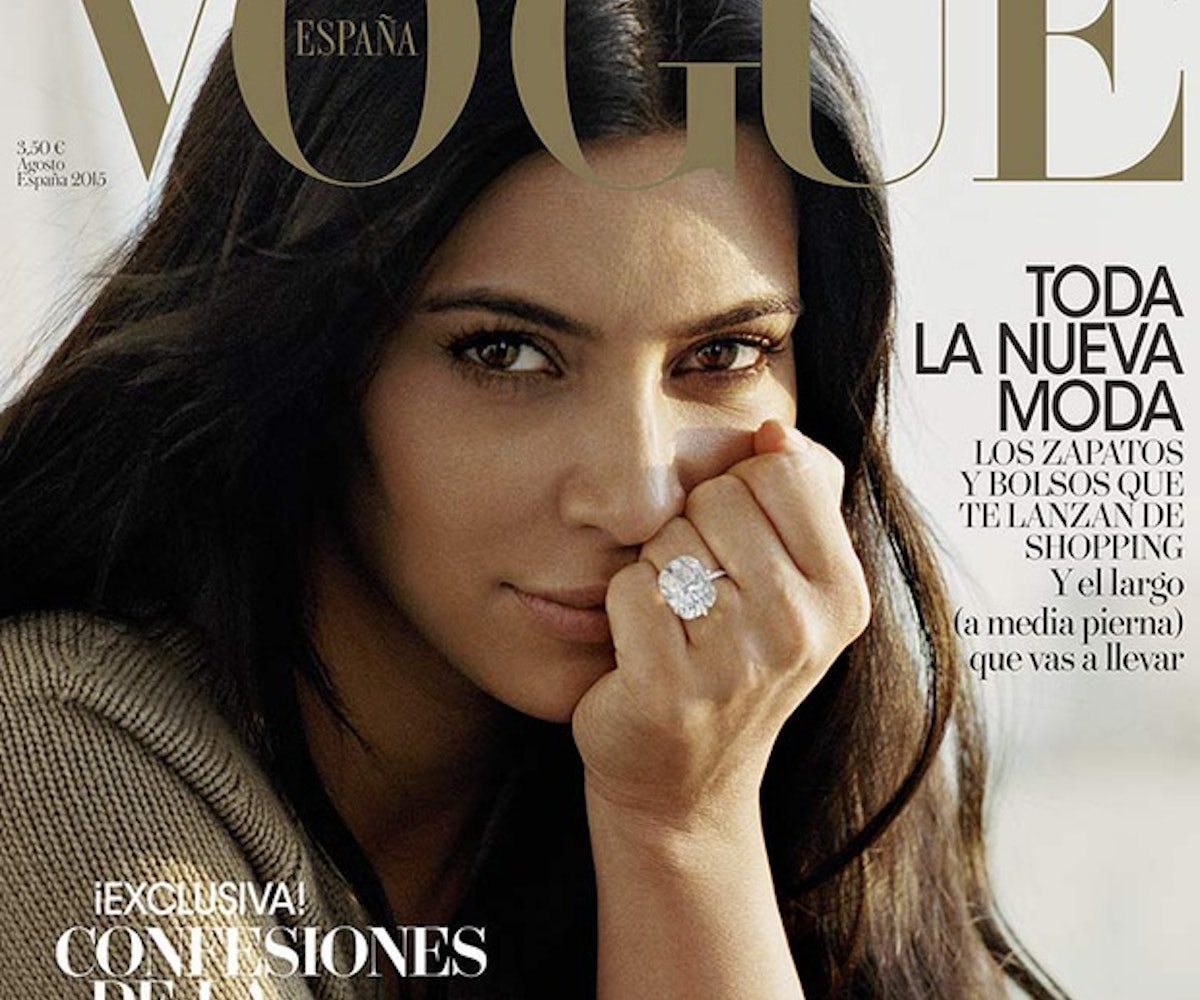 It's hard to walk into any store these days without seeing Kim Kardashian on the cover of a magazine, but the new issue of Vogue España will make you do a double take. Not just because of the rock the size of your apartment displayed on her ring finger, but also for the fact that she is wearing NO makeup.

Earlier today, Kardashian, who is the arguably most famous woman in the world, tweeted a photo of the cover, along with the caption, "Vogue Spain Cover! We did this whole shoot without makeup! Can’t wait for you to see it!”  Bravo, Kimmy K.

Sure, she's not the first one to go sans makeup on the cover of a magazine—stars like Kerry Washington and Rachel McAdams have both appeared on the cover of Allure in the past with bare faces—but she might be one of the most surprising. Kardashian has been one of the most influential public figures in the past few years, and is rarely seen without a full, flawless face of makeup. Also, she has helped introduce the concept of contouring to the mainstream by sharing photos of the process on

She looks gorgeous, and you can't deny that there is something ethereally special about this Vogue cover. It's like looking at a new Kim Kardashian—a more relatable version of this untouchable person we see in the media every day. And we have to say, we freaking love it.

Click through the gallery to see another shot from the shoot.

Chillin' with no makeup on~*