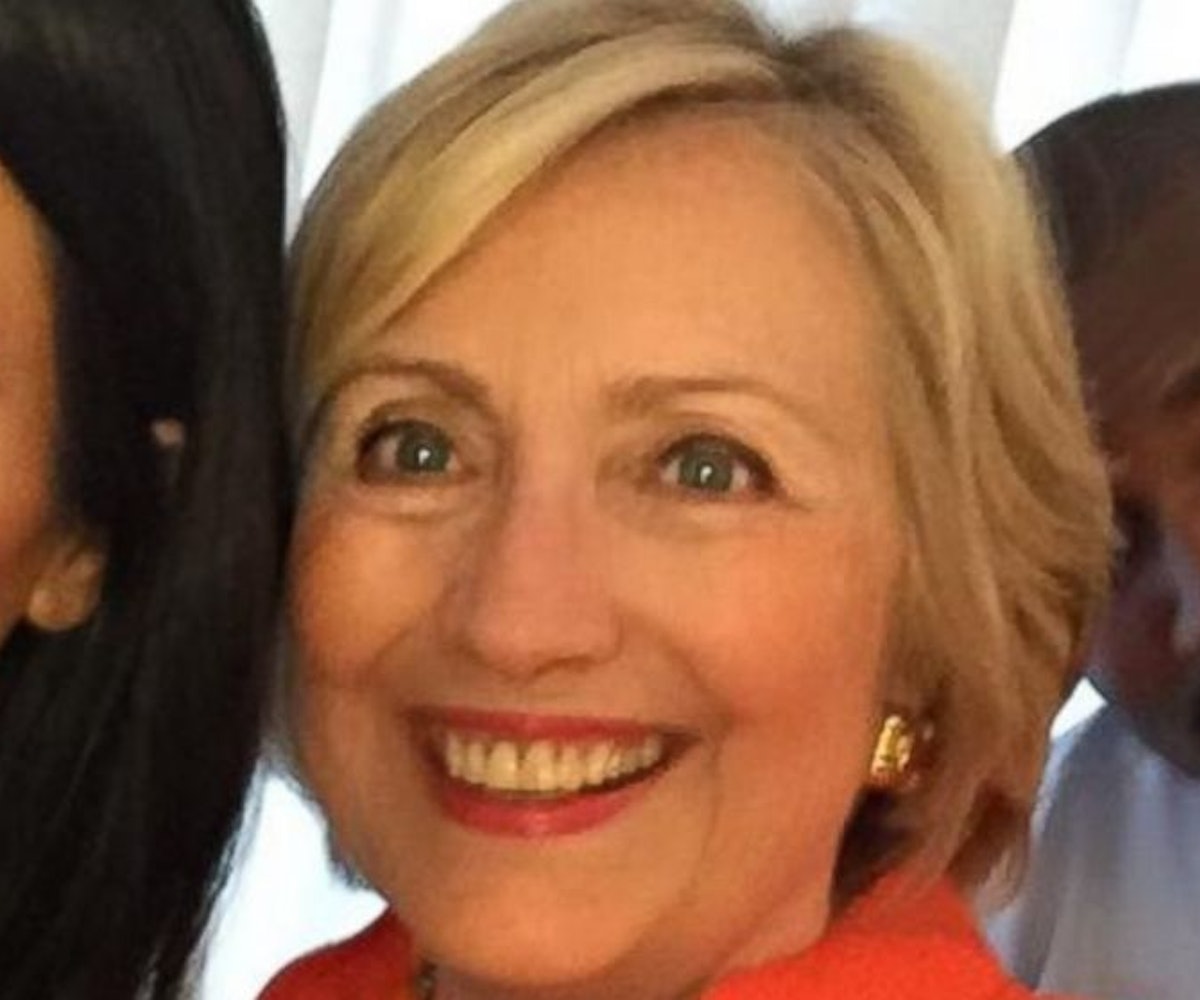 America can officially breathe a collective sigh of relief. After news emerged that Kim Kardashian was reportedly "on the fence" over whether or not she would vote for Donald Trump, the reality mogul released a statement to set the record straight. Titled "I'm With Her," the mini essay reveals that Kardashian will in fact vote for Hillary Clinton come November.

"There was a point when I wasn't 100 percent sure I was even going to vote in this election; I didn't want to vote blindly," she wrote on her app. "But I also thought about how not voting would mean that I wasn't making my voice heard, so I decided to talk to my closest friends and family who I love and trust, to have an open conversation about politics."

According to a recent interview with Wonderland, it was a conversation she had with Caitlyn Jenner—a noted republican—that may have swayed her towards voting Trump. However, Kim asserts that all Caitlyn did was encourage her to do her own research. "I thought about the things that are so important to me that they outweigh everything else, such as gun control and protecting women's rights to safe and legal abortion," she explained.

"I found that without a doubt, I stand with Hillary. I'm with her. I believe Hillary will best represent our country and is the most qualified for the job. This year, I'm not just voting for myself, but also for my children, and I took that into careful consideration when I made my decision. Now that I have made my choice I want to be clear... I would never judge anyone based on their political or religious beliefs. I believe that both candidates have the intention of making the country a safer and stronger place for every American, they just have different ideas about how we get there."

The news that Kardashian was even considering voting Trump came as a shock to many, after she posted a selfie with Hillary Clinton in August of last year. "I got my selfie!!! I really loved hearing her speak and hearing her goals for our country!" Kardashian wrote at the time.

So after a brief moment of panic, we're glad to see that Kim chose to be on the right side of history. After all, we'd hate to see such poor judgment from our future first lady.