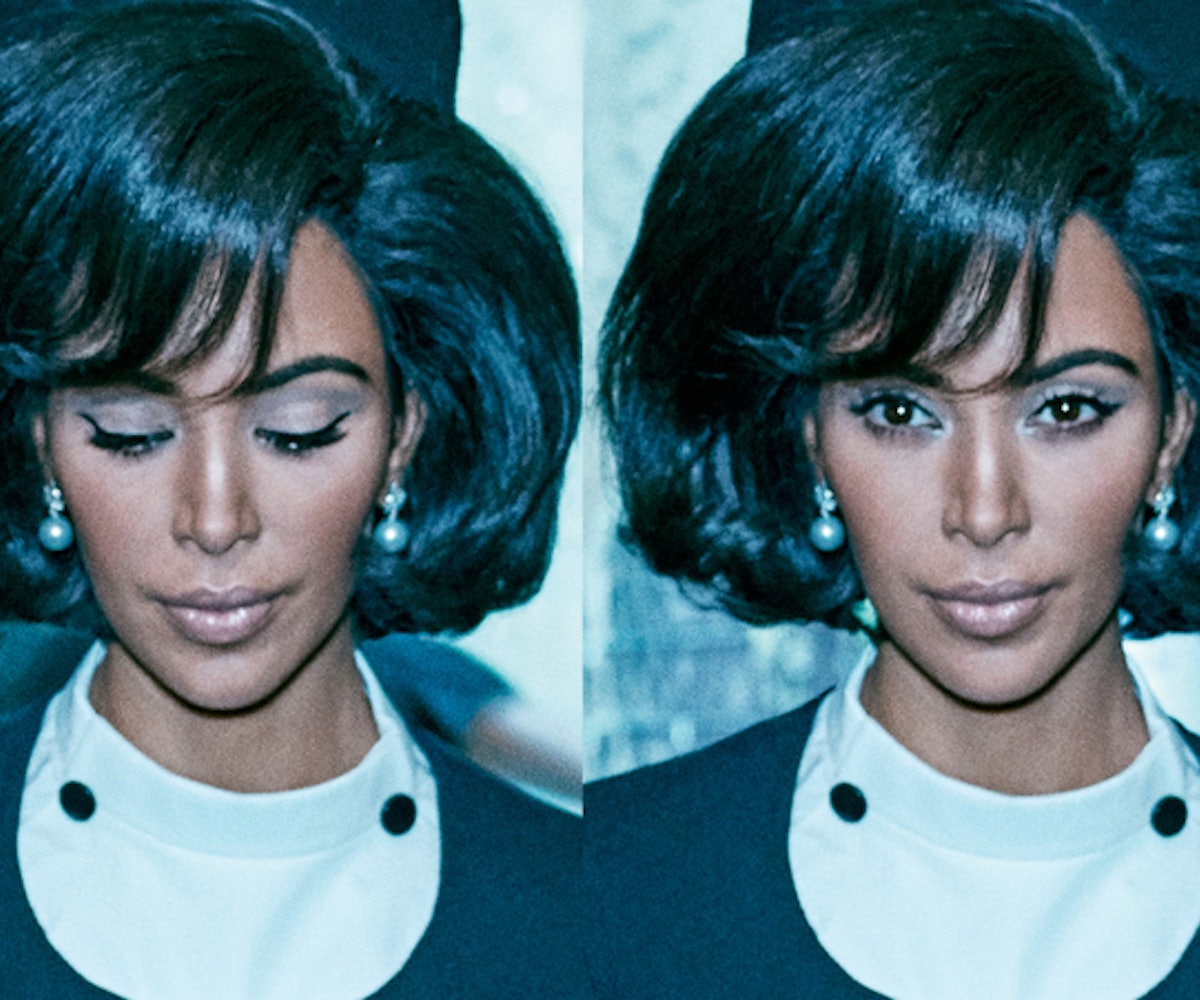 This is the future liberals want: Kim Kardashian West in Jackie O-like attire posing on the cover of Interview magazine that's announcing her as "America's New First Lady." Discuss! Pledge allegiance! Do whatever because it was only a matter of time before this happened.

(Well, it, the Kardashians being heralded as America's first family, has happened before.)

Anyway, Kardashian poses for her new Interview cover story alongside her daughter North West (her first solo cover with her!), while author and activist Janet Mock does the great honor of interviewing the business tycoon. (Michelle Obama, America's actual former FLOTUS, is also in the new issue.) It's a rich interview, albeit one of filled with the platitudes and sweet nothings Kardashian has courted into a brand. "If I’m so not talented, if I do nothing, then how is my career my reality?" she asks, citing her haters who can't fathom how a girl with her history (is this really a thing still?) can amass so much power, money, and influence. "You can say a lot of things about me, but you cannot say I don’t work hard," Kardashian continues. "I don’t sing. I don’t dance. I don’t act. But I am not lazy."

At a time when America's actual first family isn't doing much, Interview's cover feels like the right statement to make. The first family is meant to be a symbol of America, its Dream™, and its values. Kardashian has made her reality a multi-million dollar career, going from organizing Paris Hilton's closet to selling out a makeup collection in less than three hours. That kind of power doesn't happen overnight; it's the result of winning a popular vote of sorts, of having garnered such a strong following that believes in you and your brand. Her approval rating, should there ever be one for celebrities, is likely very high. (Can't say that about the other first American family.) Kanye 2020 officially begins now.