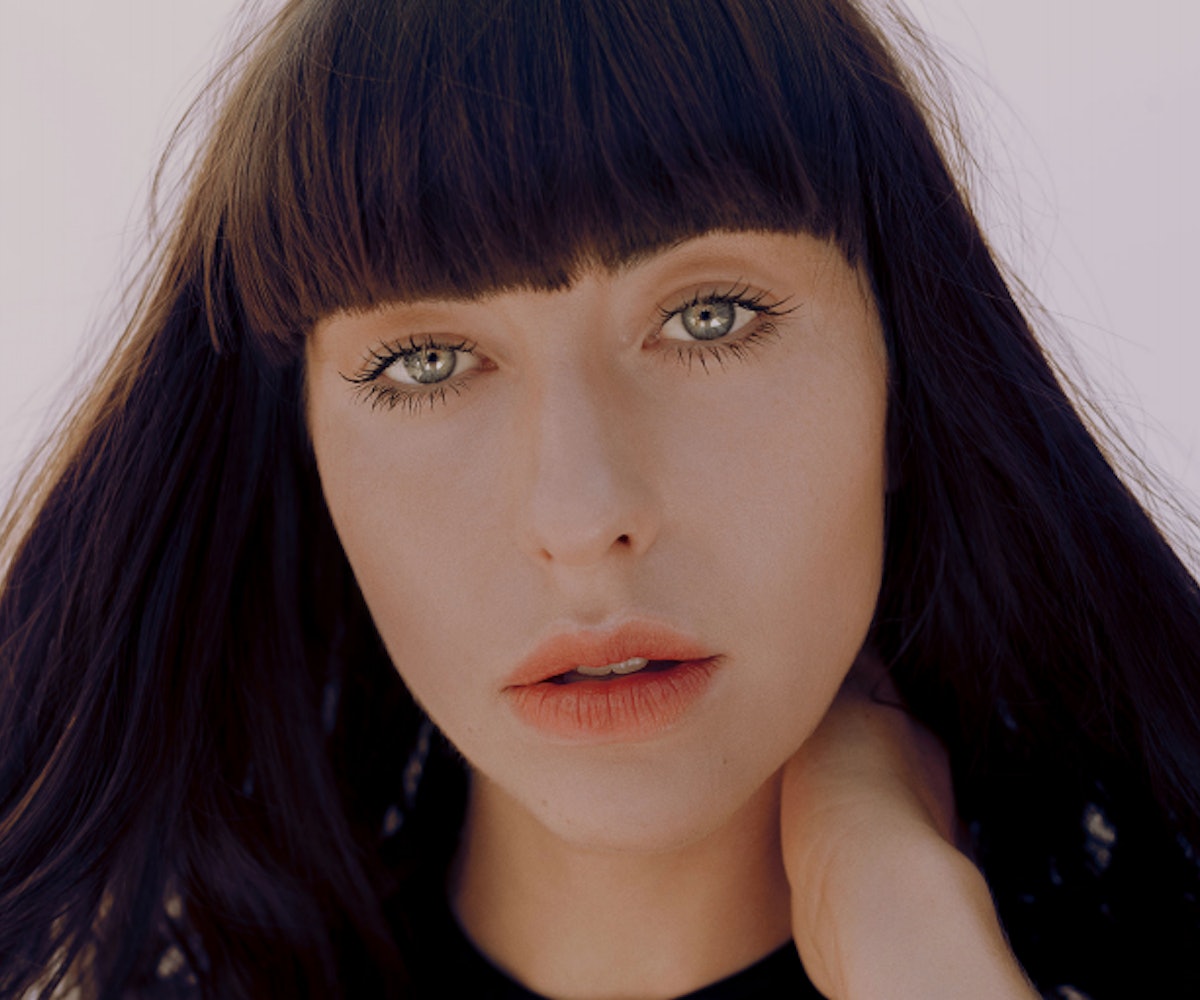 Kimbra is ready to be real. The New Zealand singer-songwriter has spent the past four years—since releasing her magnetic album, The Golden Echo—undergoing a lot of personal growth and having her fair share of trials and tribulations familiar to all 20-somethings. She's lived out of the country, experienced a major breakup, and toured a bunch. It's a lot of living, but it's unlocked something within her that wasn't totally there before: brutal honesty.

"I'm not so much interested in making records anymore that hide behind a bunch of metaphors," she tells me. "I'm finding ways to play with imagination and exaggerating the beautiful—and sometimes painful—parts of who I am in ways that aren't so clouded by smoke and mirrors. I just want to talk about the truth."

I meet Kimbra (full name: Kimbra Lee Johnson) at a stylish coffee shop in the East Village where we're set to talk about her new album, Primal Heart (out April 20 via Warner Bros.). It becomes clear, though, that this isn't just going to be a conversation about the album itself, but a dialogue about the truths we, two late-20s creatives, are searching for through music. "It's a primal experience I'm looking to inspire," she says over an Americano. "We are all trying to grow, but we're constantly faced with the past we've inherited: greed, self-preservation, and all the other things that make dreaming so hard. There are universal truths to be spoken to here."

So, we dove into those truths, not expecting to arrive at concrete answers but, rather, in search of common ground. Because, at the end of it all, music, like any piece of art, is a great facilitator for big conversations about lofty topics. It just so happens Primal Heart and the mind behind it is very, very good at facilitating. Read on.

What, from the four years between now and The Golden Echo, fed Primal Heart?

New York City fed this album a lot. I come from New Zealand where I'm very used to a sanctuary of nature. But, I'm also someone that thrives on stimulus, repetition, and patterns. The hustle of this city really satisfies that need. New York has taught me to be more confrontational, and that's exactly what I wanted this album to be. You have to confront a lot of things in yourself when you live here, just to keep up with the pace of the city; you have to confront other people in a more direct way, too. Everything has to be quick and to-the-point. When I'm listening to this new record, I feel an energy growing from the very internal world of The Golden Echo. There's still spiritual elements, but they're more grounded and rooted. It's a record of maturity. You mature when you experience pain and you learn how to deal with it. Like a whole lot of people in their 20s, I've had some really tough times and I've had to find ways to move forward through them all. All of that is in this record.

Would you say you’ve gone through a Saturn return in your life? Do you know what that is?

I’ve heard of that, but tell me more.

It's when you’re talking about emergence and growing out of this mid-20s funk. When Saturn returns to the house it was in when you were born, your life shifts and resets itself down a more clearer path.

That is exactly how I would describe the journey leading up to this album!

The shift may not go the way you thought it would or maybe would want it to go, but there’s more clarity in its wake.

Sounds a lot like the way the mystics talk. One of my favorite authors, Richard Rohr, talks about how the first part of your life is building your container, which is often building your identity using figurative metaphors and poetic ideas of who you are, to inform yourself. The second half of life is when all that shatters, and you have to rebuild it from the ground up, but you rebuild it on a foundation of newfound truth. It’s like that reset you’re talking about, which I think is a beautiful thing of youth. I think that's the moment when artists hit their stride—when we start to speak from a place of truth and those figurative layers give way to something more essential.

Which is why I want to speak on “Lightyears,” one of Primal Hearts’ most captivating songs. I’m a lyric person, but something about “Lightyears” transcends its lyrical content.

You're so right! At face value, that song is a really fun, pop song. But there’s a lot of depth to it, lyrically. It speaks to origin and our drive for oneness, the sense of knowing where you came from. Our origin was in love, was in God, whatever you want to call it—we often forget that when we get older. "Lightyears," to me, is rediscovering that truth—an epiphany of sorts where you realize you're not so separate from everything.

I don't know if I've ever necessarily had that feeling either, but transcendence is such a big part of the human experience. We're very aware that we're animals, and every day we watch ourselves decay as we grow older with every year, but there will always be moments when the veil is lifted to show our spiritual truth. What matters, then, is to continue that dialogue with it and the world around us. It’s the flipside of primality. It’s the spiritual side of the album. You can’t have one without the other.

With that in mind, do you believe we, as humans, need another person to feel totally fulfilled?

That's a big part of the record, as well. The “you” I’m singing to could be someone else, some spiritual being or myself. My past records have often focused on another person. What I'm most interested in, is relationships. My song "Human" says, "I need your love for my survival." Now, does that mean your lover's love? Or, does that mean the love of an unconditional being that we don't know how to name? Does that mean love for yourself? I mean, you can't really give true love if you can't first give it to yourself, right? I don’t have a full answer because I write music in search of the answers. What’s important is we’re both asking the same questions and discovering some semblance of answers in the process.

I feel like “Lightyears,” and its transition to “Black Sky,” informs some idea of an answer. They’re a pair.

“Lightyears” introduces a more synthetic, star-like sound to the record. Everything before it is more tribal and grounded, so I needed to go to the stars because the human experience can’t just be grounded. It’s also—

Exactly. "Black Sky" operates in a similar space among the stars. There is that sense of duality between the two. "Black Sky" is a realizational record exploring the idea that, in order to reach the state of openness we want, we must go through pain. We can't really, truly be human with each other until we accept our suffering. It's a song about hope. And it's also about radical vulnerability. Liberation comes from falling apart first and then rebuilding yourself.

At the same time, though, there’s the risk of building a wall around you when you’re rebuilding.

Mhmm. That’s how a song like “Version of Me” happened. You watch yourself try to rebuild and evolve—I mean, this record, to me, is about evolution. That’s supposedly why we're here, right? To keep moving forward in some respect, like our ancestors and other primal species have before. The thing about us, though, is we watch ourselves repeat the same thing over and over and over again. It’s not as simple as just learning to face your pain and rebuilding.

I guess, with this record, I would love for people to ask the questions that you are: What do I need to face within myself? How am I battling with myself and stopping my growth? Where am I becoming so rigid that I cannot access and receive love anymore? Or give it? These are really important questions; these are questions that relate to all of our politics, as well as our cultural climate, because the less vulnerable we are, the more intent we are to build up an identity that keeps us feeling safe, the harder it is to connect with one another. The moment that you and I realize that we are, on a cellular level, from the same place, the better we can actually move forward as a species and evolve together.