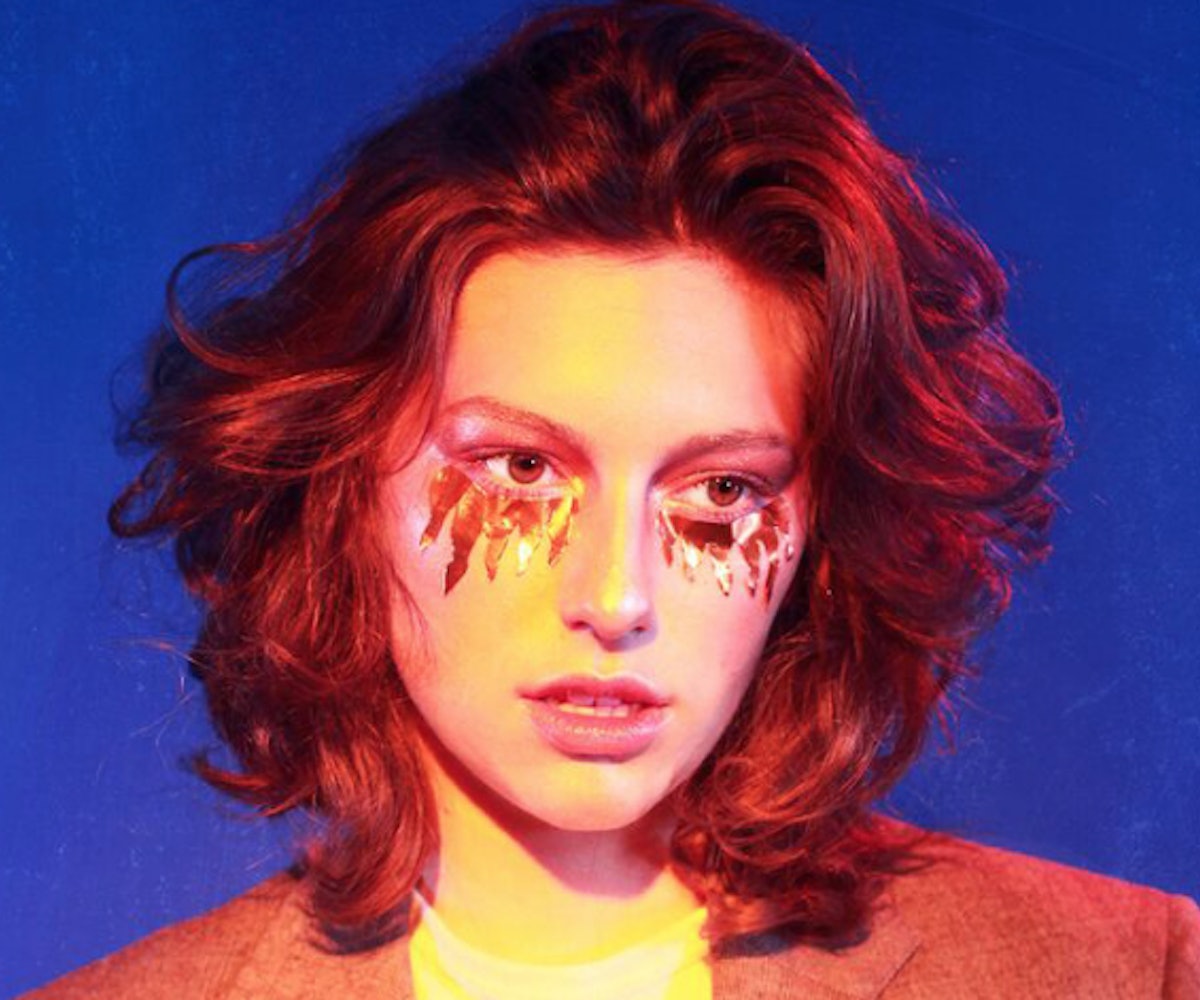 It's unusual, to say the least, for an artist who has only released two songs to already have an army of online stans. That level of dedicated fandom takes time, often years, to cultivate. Mikaela Straus, better known by her moniker King Princess, knows that. And that's why it's slightly difficult for her to explain to me how she's been dealing with her rising stardom since the release of her aching debut single, "1950."

"I feel like I'm trying to handle [fame] with grace and just trying to sit close to the people I love and express how I feel about it," she tells me over the phone. "If I'm freaking out, I now have people to talk about it to. Because it's a lot. I don't think anyone could have anticipated what '1950' was going to do, just streaming-wise. I mean, I feel very, very blessed and lucky. I think that everybody on my Instagram are lovely. These people are wonderful, like these kids... it's just unconditional love, and it's really sweet. That makes it a lot easier to transition into it, you know? Because I've got such a community around me, and I feel it."

The track—which, even if you don't recognize by name, you'll definitely know by its infectious melody and hook—has been subtly seeping into playlists everywhere, following its release in February. The 19-year-old says she didn't expect the song to blow up the way it did. And she definitely didn't expect megastars like Harry Styles and Kourtney Kardashian to publicly co-sign her track, which now boasts over two million views on YouTube and over 13 million plays on Spotify. "It was pretty bumpin' before then," she says of Styles' not-so-subtle lyrical shout-out on Twitter. "But when he did that, it also catapulted it into a new realm, you know?"

With the unwavering support of fans and loved ones behind her ahead of the release of her debut EP, Make My Bed (out today), Straus tells me she feels primed for success. "I feel ready as fuck. I'm like, 'It's game time,'" she says. "I feel super-proud of my team and myself, like I have an all-star MVP team. They're so sweet and they love me, and I love them. It's a very respectful, lovely relationship. I think that I'm as proud and happy for them as they are for me, and that makes me feel good."

Stream Make My Bed and read our interview with the indie star, below.

What was your reaction when you saw all of Harry Styles fans jump on "1950?"

I got, like, all the queer kids, which is fucking amazing, because I didn't realize he had such a strong queer fanbase. But like, the fact that they were able to make the transition from his music to my music—and I would say that my music's a little less accessible in some ways 'cause it's so new and it's so gay—but these kids, they were just so, I mean... he did a great thing. He did a really dope thing for me. Like it was unconditionally sweet, and I'm so appreciative. I'd love to, like, take him to dinner or something. Not that he needs it, but I would just do it [laughs].

Just to have a nice steak with Harry Styles.

For the gesture, absolutely!

Who are some of your idols?

I grew up listening to a lot of Nicki Minaj and Missy [Elliott] and the gals that came before Nicki. I listened to a lot of women in hip-hop. I think Cardi's great, I loved her record. I try to listen to shit that's way different than me. As far as looking up to artists that are in my kind of same general lane, I love Perfume Genius, I grew up listening to a lot of Jack White, I love St. Vincent. You know, there's so many people, so many great artists out there. I love to listen to music when it's nostalgic, like that's favorite one thing to do, is like listen to old shit and feel like take reference from it just because so few people do that now.

Who would be your dream roommate, living or dead?

I would pick Cate Blanchett. Like, maybe it could blossom into something more [laughs].

I'm still crying about those photos with Kristen Stewart.

I have photos of her all around my apartment anyway, it wouldn't be any different. We'd talk about her theater endeavors and her films, like, it would be fun. I feel like, I don't know, I'd support her.

What is your favorite travel music?

Currently, I would say "Chun Li" as a song. I don't drive, but whenever I'm with my friends driving, I'm like, "Put it on."

Being a queer artist, do you feel any pressure to represent the queer community?

I think that the most important thing that I like to remember is that I am not an all-important member of this community. Like, I would love to be a voice of representation, but I am not the voice of representation. There are people who have different identities that I don't cover that need to be represented. So, for me, it's like, I think that when people feel pressured by the idea of representing an entire community, the flaw is the bad sentence in itself. Like, you don't need to represent an entire community, but I would like to be a positive voice for what I believe in, and I feel super-proud. I think that the pressure for me, I try to approach it from a place of like, "I'm gonna be myself," and if that's what works for representing parts of the queer community, then I'm set. And so far, it's been so cool.

I ask that because, before I prepped for this interview, I was thinking about Lakeith Stanfield during the Academy Awards, and how he said that he is tired of people asking him about diversity in film, instead of maybe asking him about his actual performance or stuff like that. I thought about how annoying that must be all the time. Like, me myself as a minority, I don't wanna be the token representation or feel the pressure of representing just one part of me.

I don't feel like a token, but I do feel and think that I have a really important role that I'm stepping into. But, I also know that there is so much room for people who are beyond me, who are of different identities and different backgrounds who have yet to be represented in this community or in this fucking industry. So, I'm like, I would love to provide, I always say like, this path. Right now, we have this open path, I feel. People are hungry, people are hungry for music and good shit and authenticity. And, I think that this a perfect time for the queer community to just bust the fuck in.

Where do you hope to be in your career in the next five years?

Oh my god, like, literally with so many albums. Just like so many albums, writing, living the damn life, living with Cate Blanchett. I definitely feel in the next five years I'd love to have a bunch of records I'm super fucking proud of. I'd love to start working more as a producer for other people, especially young women. I'd love to work with some young gals and, like, be a positive voice in a session, where I can be like, "Yeah, you know you can do exactly what you want and not what anyone else wants." That'd be fire.