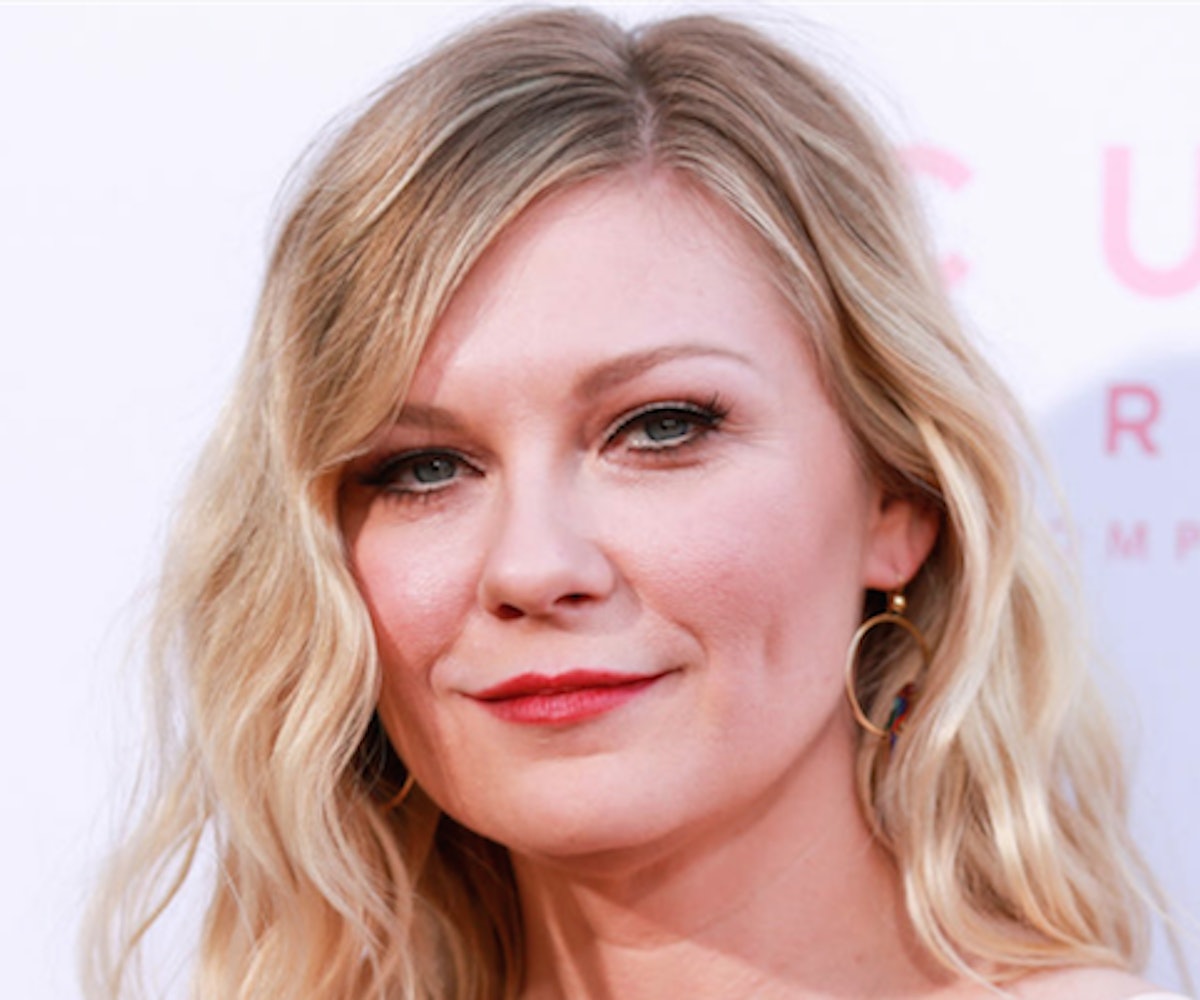 The streaming service has reportedly finalized a deal for a 10-episode order of On Becoming a God in Central Florida, according to Deadline. Set in 1990, the show sees Dunst as Krystal Gill, a water park employee manipulating her way to the top of the Founders American Merchandise organization, a multi-billion dollar pyramid scheme responsible for driving "her family to ruin." And not only is Dunst starring in the show, but she will also serve as an executive producer.

Written by Robert Funke and Matt Lutsky, the show is a passion project of the late TriStar executive, Suzanne Patmore Gibbs. “In Krystal Gill, Funke and Lutsky have created a truly delicious, sometimes diabolical female character—a dirt poor, very fierce young woman who is relentless in her pursuit of the American dream inside of an Amway-like company,” Patmore Gibbs told Deadline in a previous interview.

Gibbs also noted that Dunst was everyone’s first choice for the role from the start and “born to slay this role,” which comes as no surprise. The show, which was originally in development at AMC, is set to debut on YouTube Premium next year.